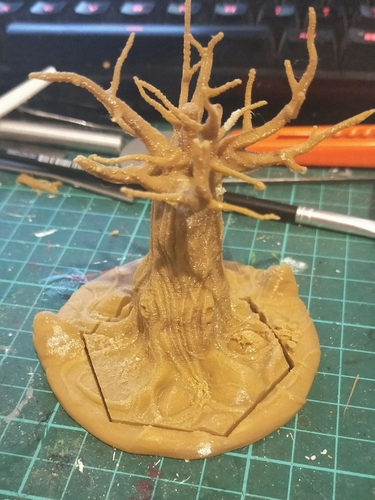 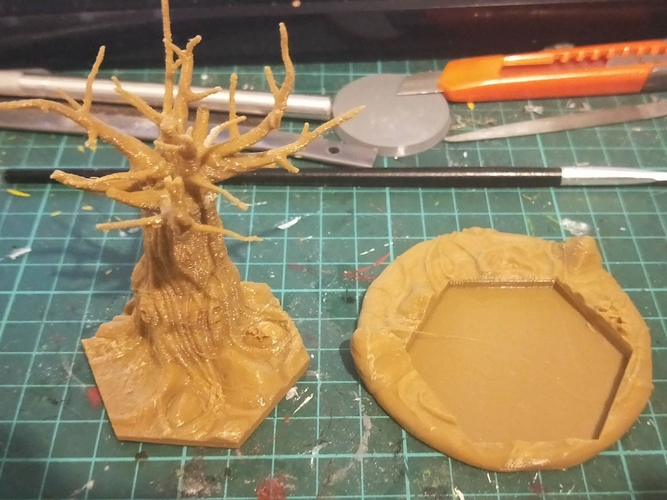 As soon as I saw carlcapu9's tree model released on Thingiverse, I knew I needed to give it a hex base to use as an obstruction in Warhammer Underworlds.

Again, the detail in the render suggests that it's yet another in the increasing number of designs which have SLA printers in mind only, given how fine the branches are, but I wanted to see if I lost any significant detail when viewed in normal gaming circumstances.

Then, I couldn't bring myself to basically cookie-cutter the rest of the base off, so I borrowed an idea I'd seen used for a Warhammer Underworlds warband diorama I'd seen at a competition late last year.

The result is what you see here. This is the first print of both pieces and the first tree piece failed with 25% to go since I'd cut the raft border down from 15mm to 5, and I reprinted the top piece and glued it on, so this is a photo for effect than final result.

The tips of about 2 or 3 branches weren't rendered and I lost one branch of the reprinted top section of the tree while removing the support, otherwise it's retained the majority of the tree branches.

I'm still a novice in the design side of things, generally knowing what I want but not how to achieve it and can get pretty frustrated with myself when it doesn't seem to "just happen".

In this instance I eventually determined that I needed to make a ring-shaped hole, and remembering that Tinkercad has "sides" for circular objects, I dropped this down to six. The next thing to do was to set the section profiule of the ring to a rectangle. The profile tool is not particularly friendly for setting fine enough sections and the resulting profile was more of a "wreckedangle" but at the size I was printing, the resulting print indicated that it didn't matter too much.

That all sort, the next step was to bring the exported Tinkercad stl into 3D Builder for separating into two files. Since neither part was connected, 3D builder treated them as grouped components.

Once the two pieces were separated, the tree's base was trimmed to lower the pedestal profile to something typically seen for a hex tile.

The main pedestal was trimmed with a little more height to allow enough room for a floor to be added to the bottom of the hex hole that was thick enough to support the tree insert whilst deep enough to have the tree's "ground level" as close to the same height as the pedestal's "ground level" as possible.

I used Fat Dragon Games' Ender 3 Cura profile for Fast Terrain for this one. Not sure if I'd incorporated the tweaked support settings from another profile based on some settings collated by Danny from 3D Printed TableTop. 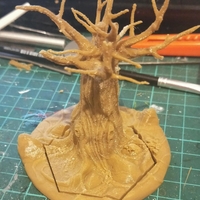 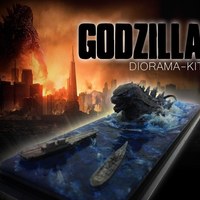 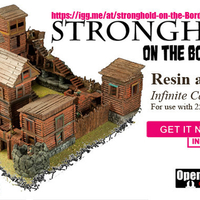 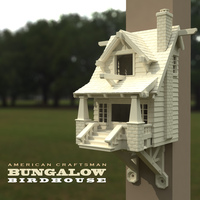 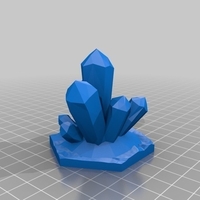 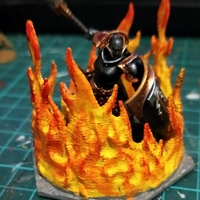