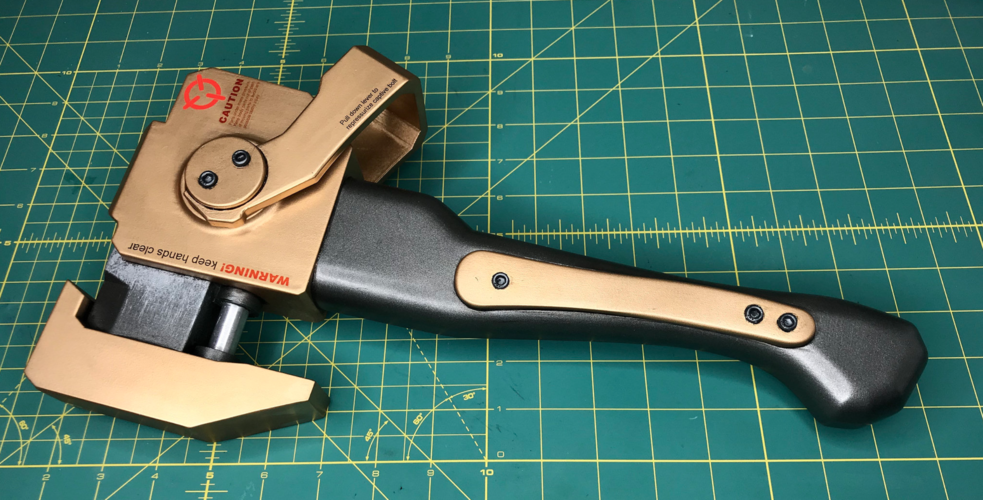 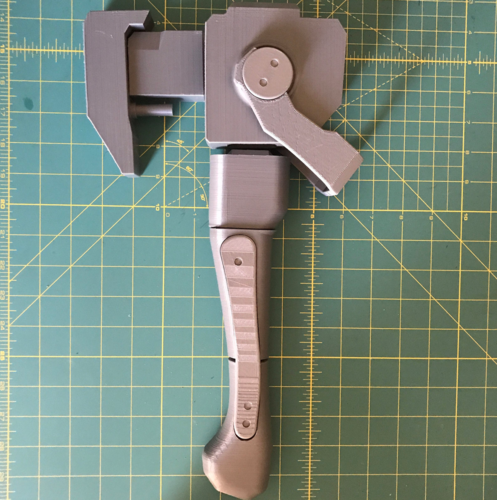 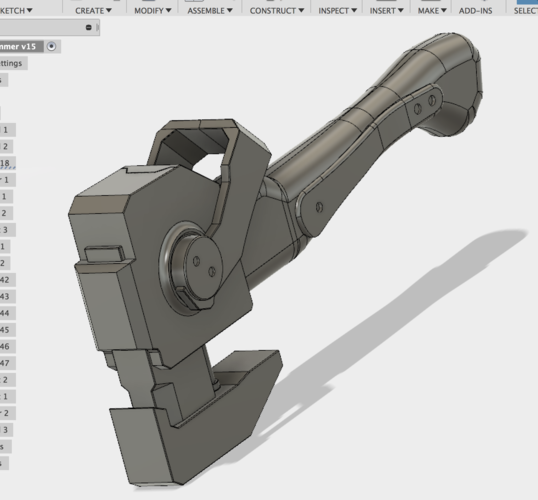 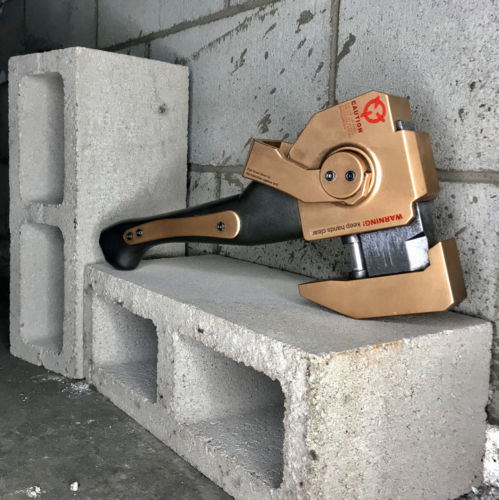 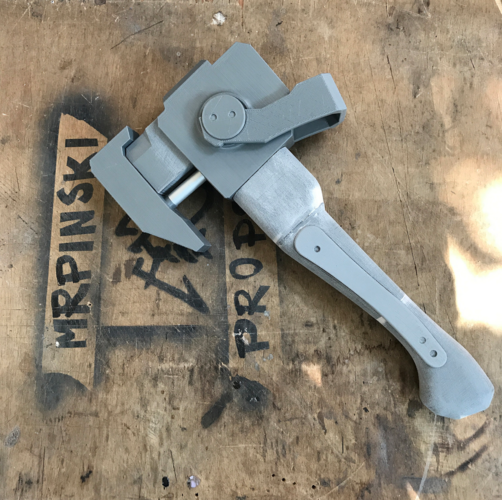 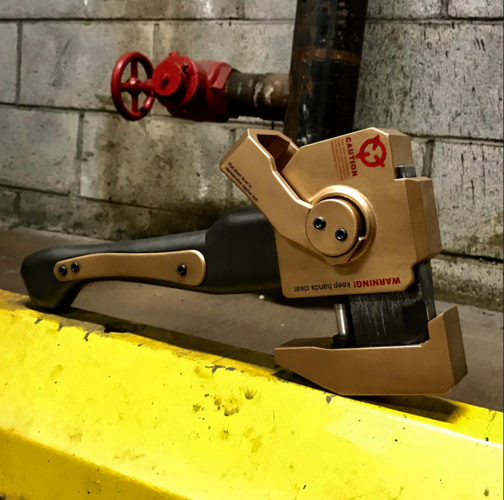 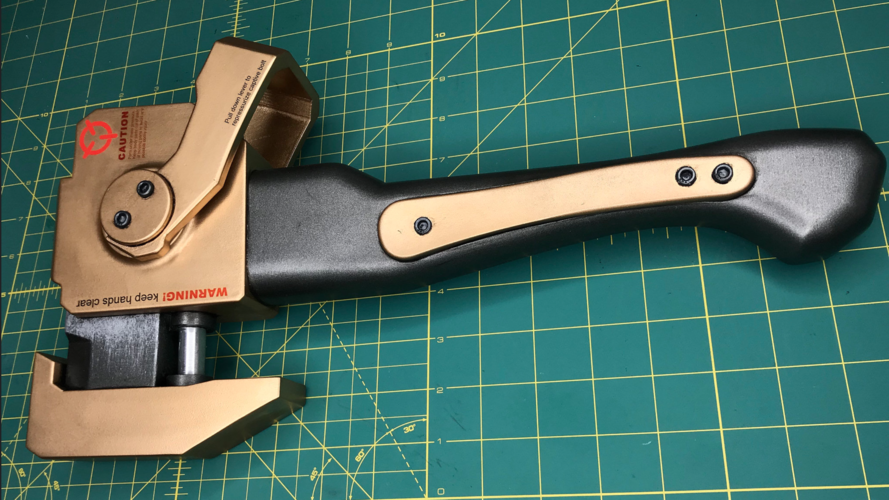 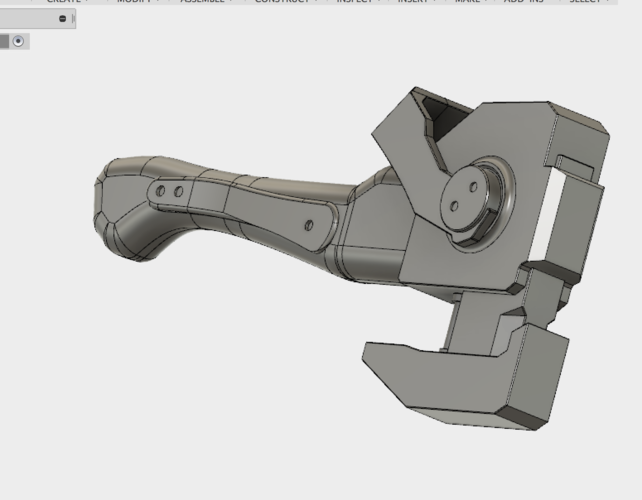 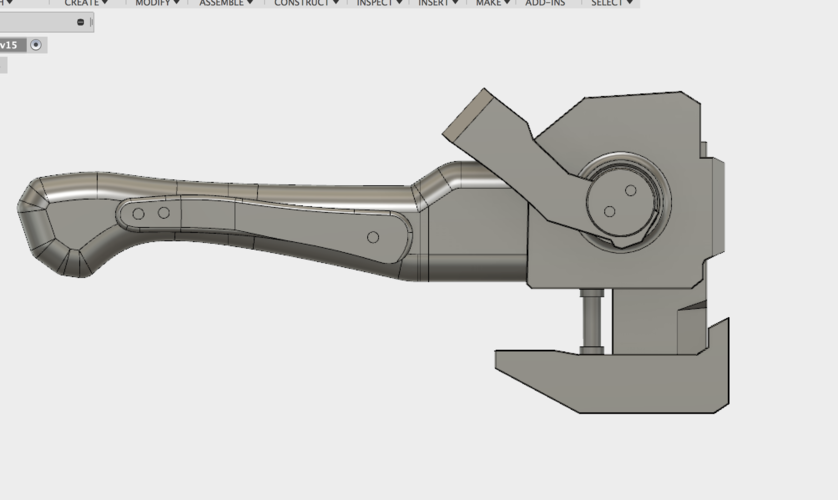 This is a prop from the game Blacklight Retribution. I modeled it in Fusion 360 based off of screen captures found on google images. I sized it to the size of my hand off of a shot of the avatar holding it in the game.

The Breach Hammer is a melee weapon that does 250 damage to enemy players but has a slow "reload" after each use.

Additionally, the Breach Hammer will cause the player to lunge at their target when used. Similar to the Machete.

The Breach Hammer will deal 3750 damage when used on the weakpoint of a Hard Suit or Scorpion Tank. This amount of damage is the same amount as a RL  Armor Stinger.

Using the Stun Shuriken, Stun Mine Mk.1 or EMP Grenade Mk. 1 will temporarily disable a Hardsuit or Scorpion Tank making it easier for the player to use the Breach Hammer on the weakpoint.

It was printed in MatterHackers Pro PLA on my Robo3D R1+ with 20% infill. I tried to break up the parts in a way that you would have to use minimal support material to print. Most pieces have a flat surface on them that you can place on the print bed to use little to no support structures. I find this saves me time in the post production and it makes for a better looking part.

The parts were glued together with BSI super glue, the seams were filled with Bondo and painted with Duplicolor and Kyrlon paints.

Stickers were made on my Silhouette Portrait in vinyl and water slides on my inkjet.

No Derivatives
FREE
Report this design
43251 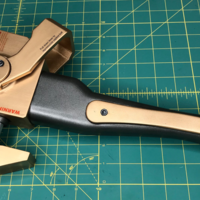 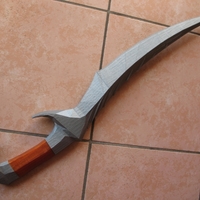 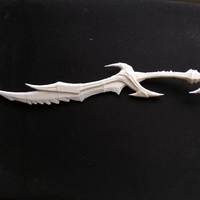 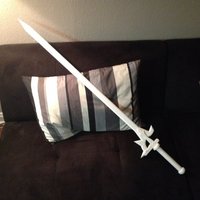 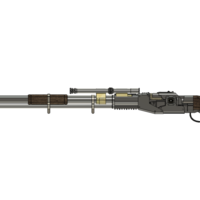 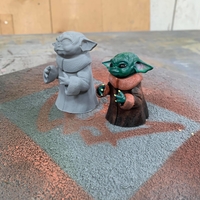 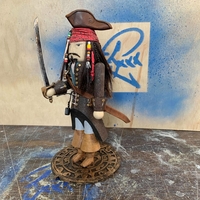