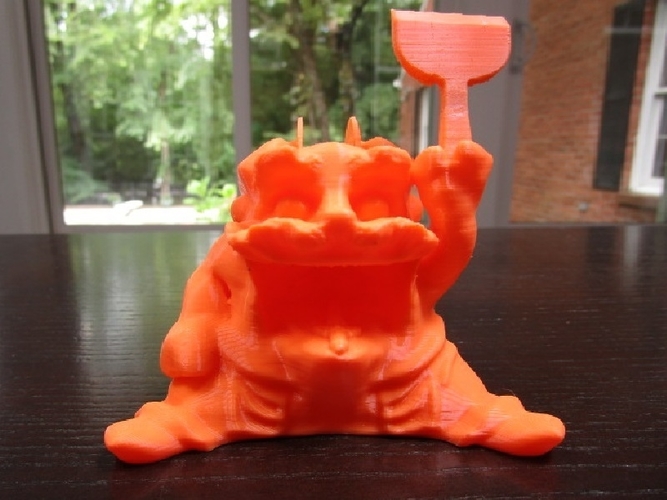 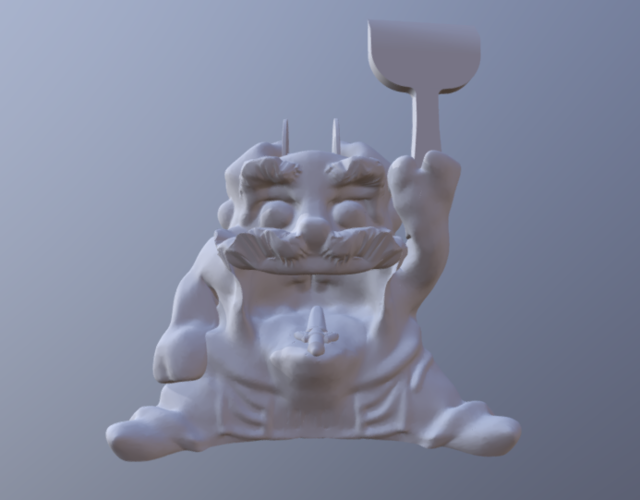 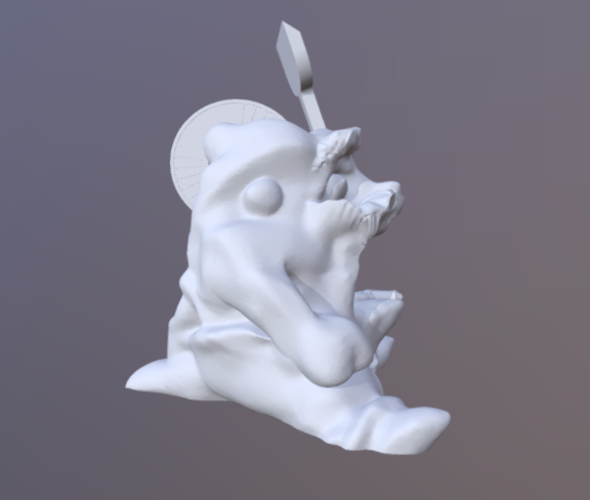 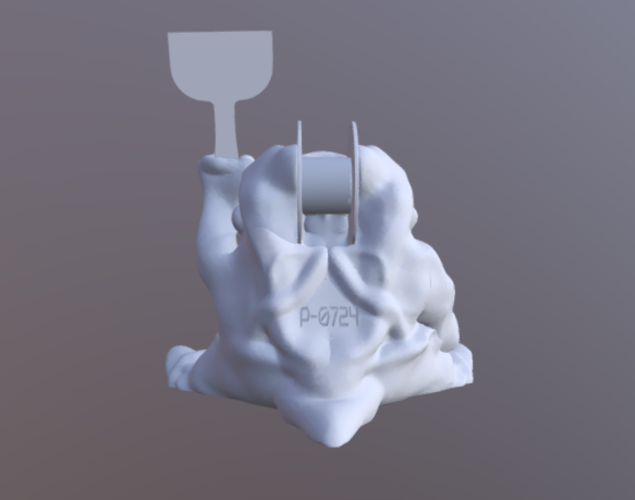 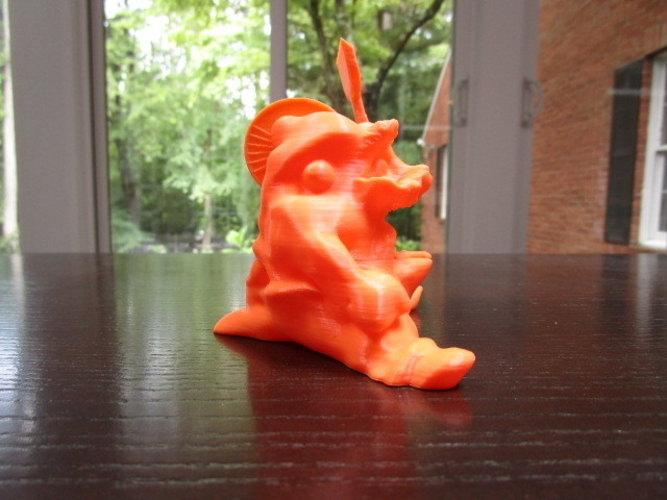 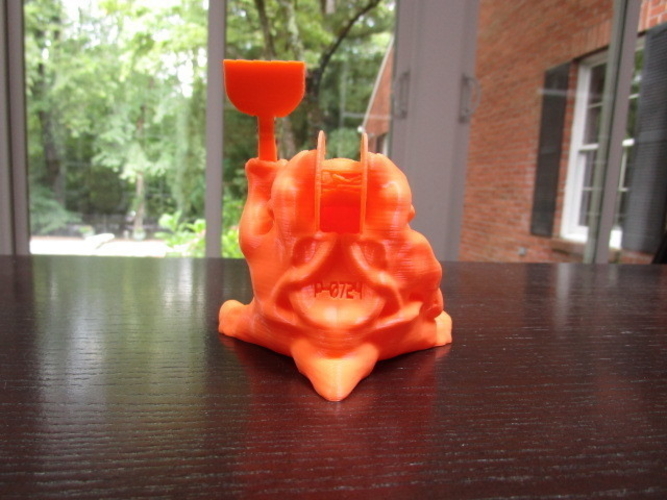 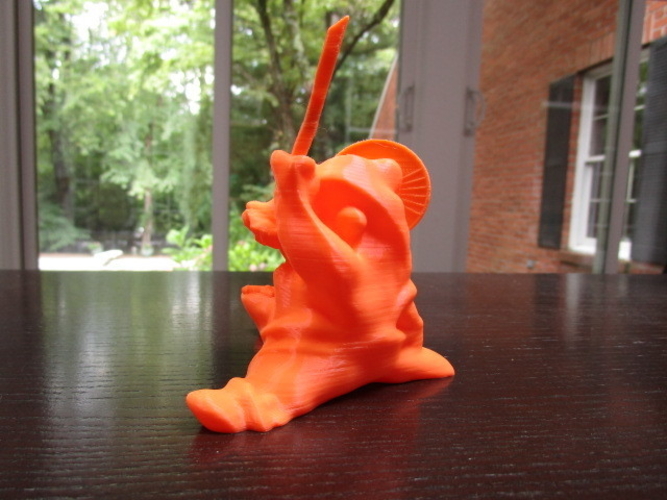 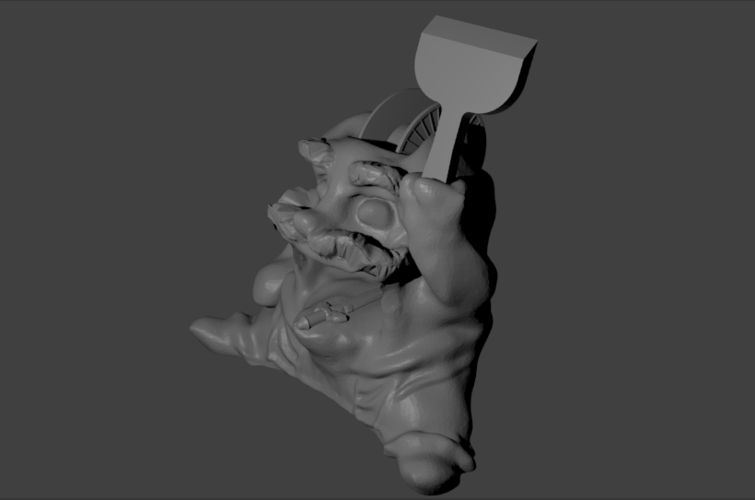 This avatar design might not represent a normal looking human aesthetically, but I feel as if it can represent me and anyone who is most likely viewing this in a the sense of the impalpable. I have carefully included aspects that captures the characteristics of me or a 3D tinkerer. For instance, I wanted my avatar to represent an actual 3D Printer in a sense. I thought this would be an awesome idea for making my avatar have such a unique and useful ability in this virtual reality simulated life. I did this by first of all having a completed printed object in his mouth. The object is the Legend of Zelda Masters Sword. I included this for many reasons such as: growing up Zelda was a huge part of my childhood and it shows how my avatars abilities can be utilized for the reality game. Another aspect giving my avatar the 3D printing mechanism is that he is wielding a 3D Print Remover tool as his weapon in hand and to remove the prints once they are completed (Such as the sword). Finally, this reason is the deepest and brings in together. On the top of my avatars head there is a filament spool. This represents how 3D printing is always on my mind because it's in his brain. And metaphorically, when the spool is moving 3d printing is happening. So when my brain is moving, 3D printing is on my mind. Simpler aspects of my avatar that were included is on the back it reads "P-0724" which means printer 0724, and 07/24 is my birthday. This also serves as a easter egg to Terminator (Terminators have their names like T-3000) because Terminator is my all time favorite movie.   Another aspect  is how my avatar looks like a big plushed monster in a sense. This was due to the fact that he was made to look like a stuffed animal that I used to had when I was very young.

Over the summer I had the amazing opportunity to intern at a 3D scanning, rendering, and design company.  When I was there I was given the chance to pick up Zbrush, and with some practice and getting used to the UI. I was able to make some simple sculpts. Once I heard of the contest I was very lucky to have access to such a powerful software. So I started working on my avatars design. Due to the fact that I just learned Zbrush and I had very little experience with the program my design isn't breathtaking. But I tried my very best to deliver something that matches the given criteria! I hope to again have access to Zbrush if I were to win this contest. With that I could continue my passion with 3D designing. I tried to add many meaningful elements to my creation and make something that was very unique, because every single person is unique inside in there own special way.

In the year 3046 3D Printing technology has become revolutionary to all the  worlds. Scientists created a system in which they can print out all forms of matter in complex formulas. With the galactic contention heating up, scientists on the world Zimurick have started developing genetically modified life forms that are half biological life and machine. These machines have integrated additive manufacturing mechanics in them. As Zimurick is cloning these cyborgs to use in warfare for their planet, rumors spread that Zimurick is planning a assault on their enemies. This prompts conflict between planets and to settle the dispute all of these cyborgs Zimurick created must be eradicated.  Secretly Zimurick hides one cyborg P-0724, as time goes on P-0724 is developed further and has become the ultimate secret weapon for the Zimurick society. Once the all out galactic war occurs Zimurick releases P-0724. P-0724 is put alongside the alliance confederation representing Zimurick in the galactic battles. P-0724 effectively fights for the alliance confederation becoming a monumental hero.

While designing this model I tried to make the avatars features and position avail to printing him. So any print settings will most likely be able to work with this design.

Layer Height: .3mm and below

speed: anything your printer can handle should work

Supports are not needed!

No assembly is required

*Overall Printing this model should be effortless!

I had an awesome time designing this character and have picked up a new passion with digital 3D art design! I hope I can  gain access to Zbrush which would allow me to pursue this hobby effectively! Thank you to Oculus, Zbrush, FormLabs, Mold3D, 3DArtist, Medium, Sansar and Pinshape for giving me the opportunity to participate in this contest!

No Derivatives
FREE
Report this design
37916 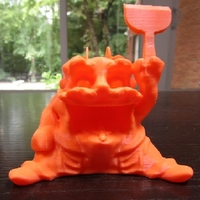 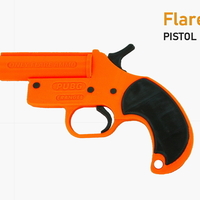 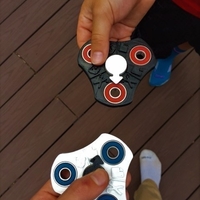 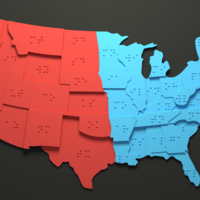 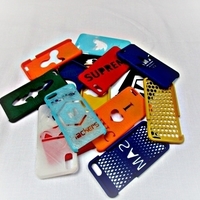