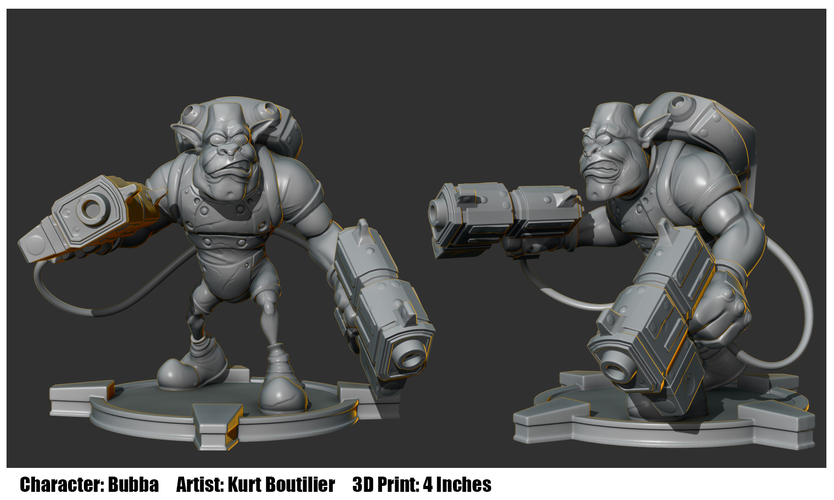 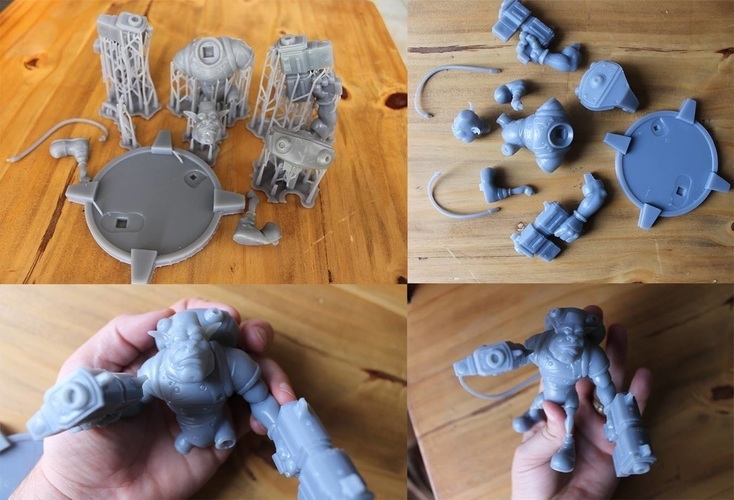 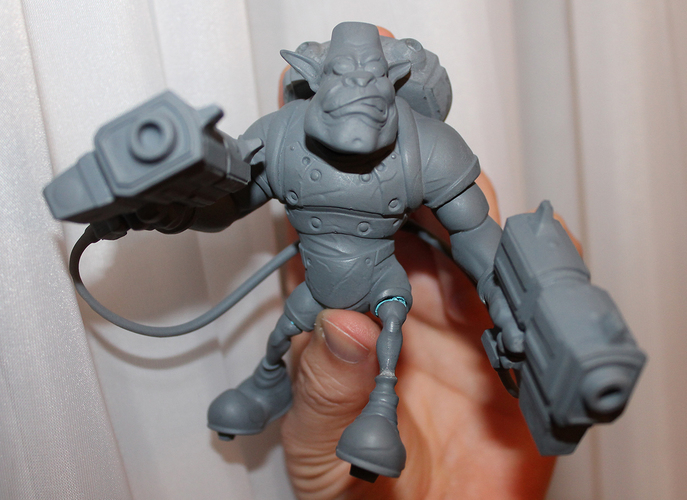 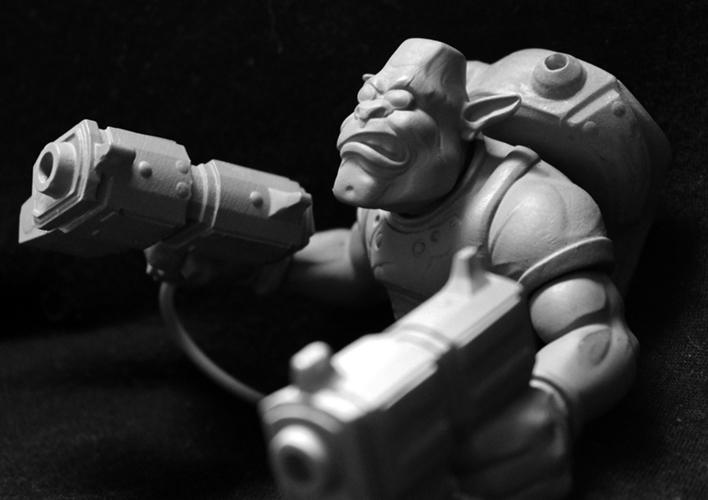 Bubba comes from a world called Crazze in the Ohsnap nebula. Crazze is a world of extremes, areas of savage, untamed land with a variety of large and small animals as well as humanoids (most of which are pretty dangerous). There are also industrialized cities with advanced and unique technology. It is similar to our planet with some good, a lot of bad and the middle just trying to get by.

Bubba is a humanoid or 'Bulken' (as their race is called, since both male and female are very bulky and robust). Bubba is the muscle in his small band. He is not super bright by any standards, however in a fight he can pretty much take on anyone or anything. Just his presences alone helps keep his small crew safe.

Abilities: Strength, endurance, and great in a fight

Back pack goes into key on Bubba's back and the ends of the two tubes go in the keys that are on the lower part of the pack and on to the stock of his guns.

Once Bubba is together, place the foot keys into the base.

No Derivatives
Purchase
Report this design
32783 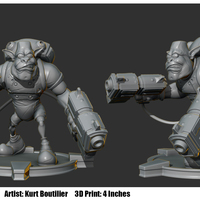 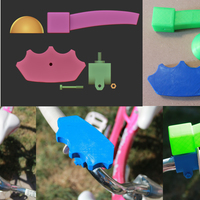 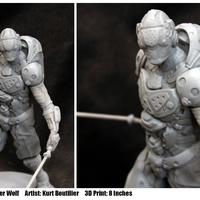 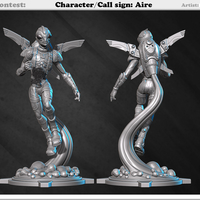