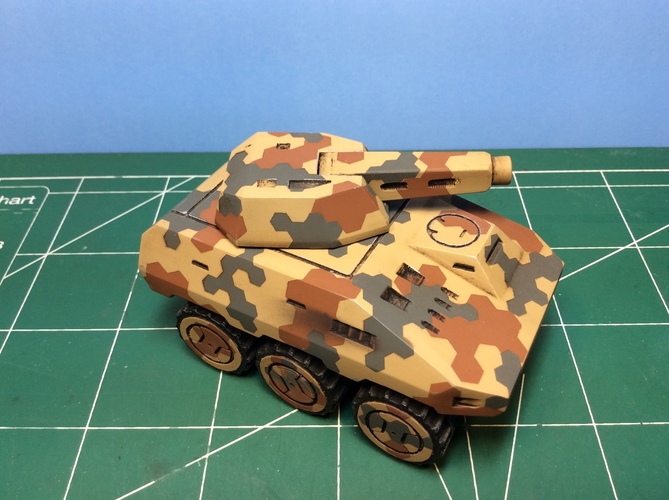 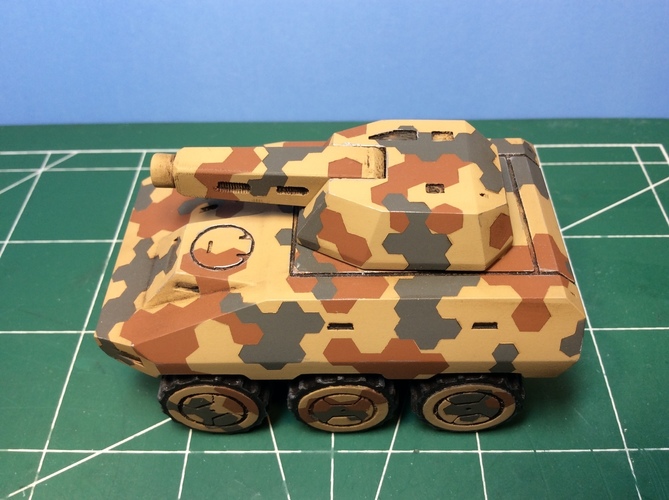 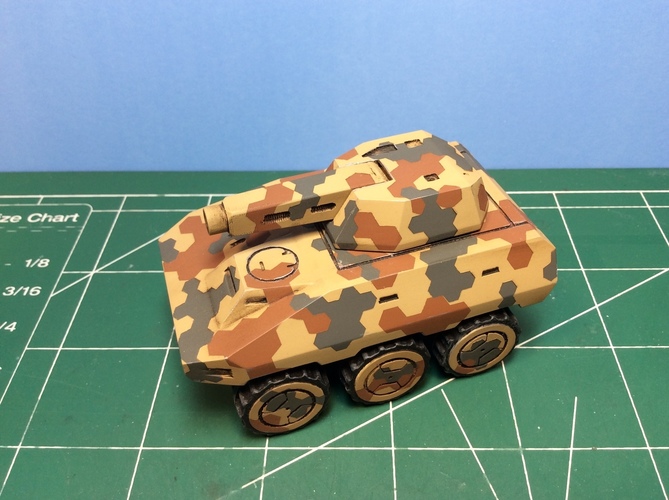 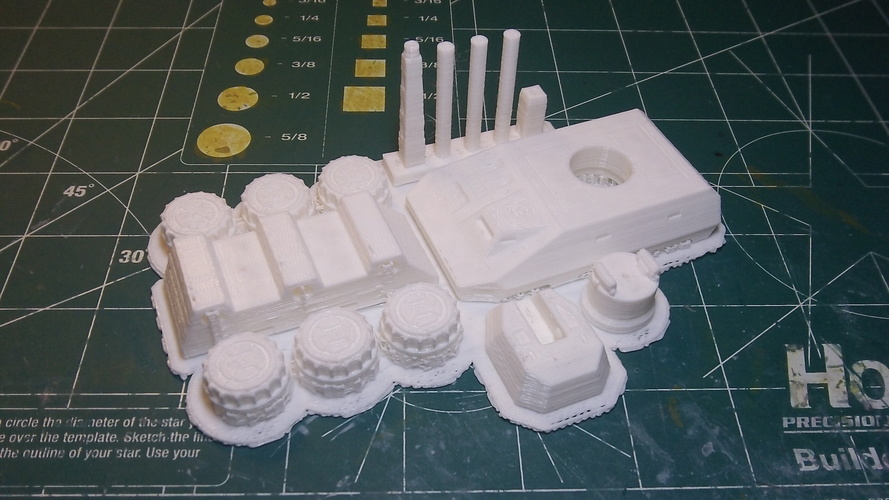 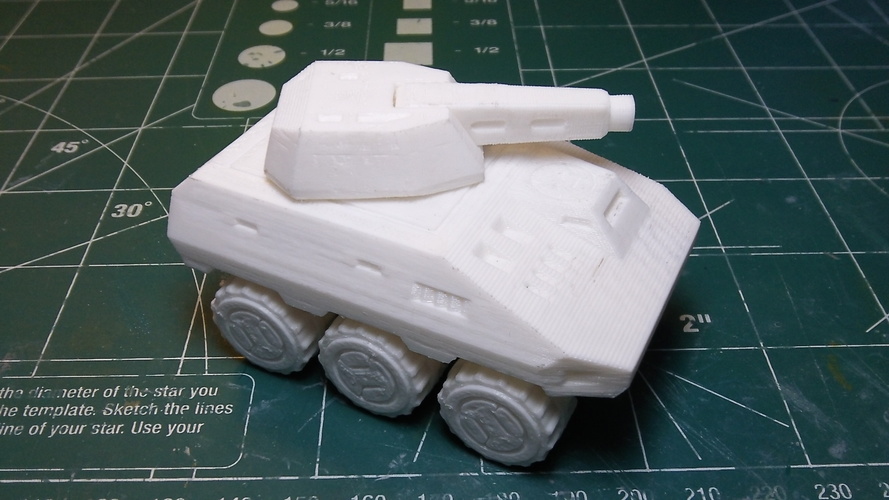 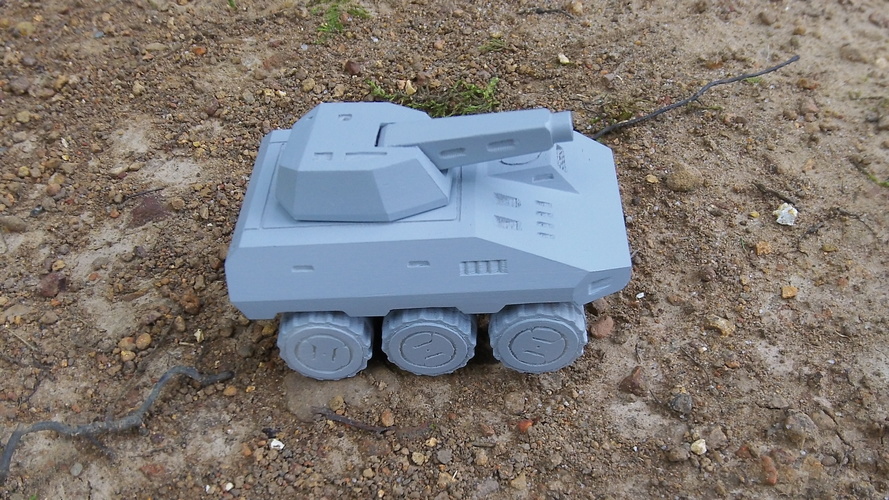 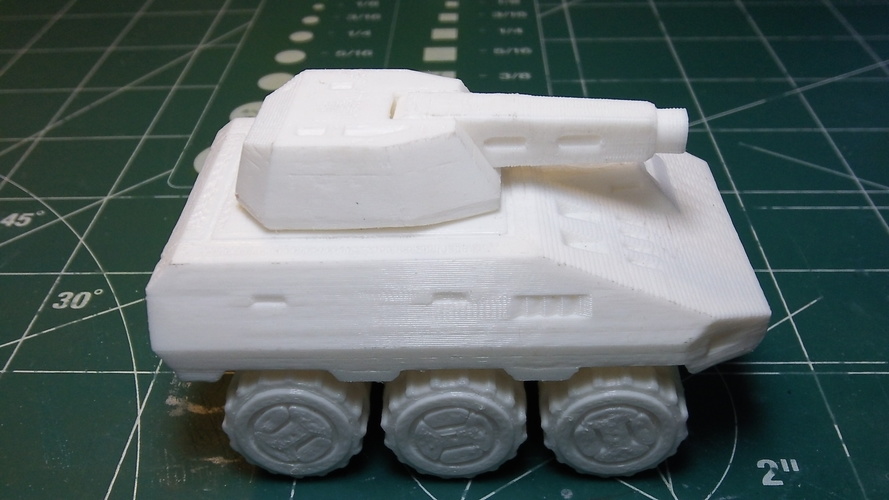 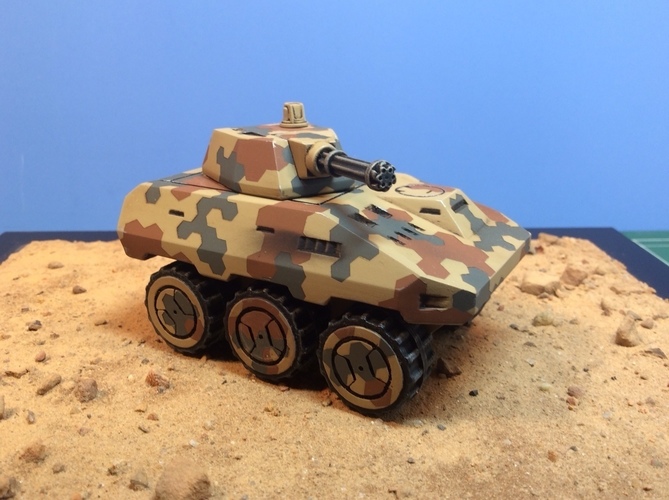 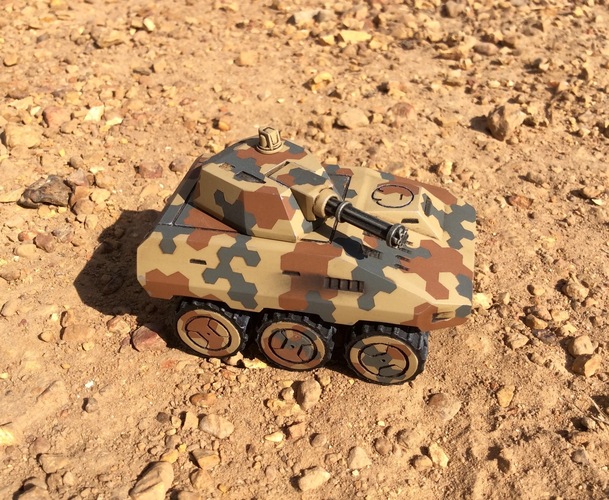 This is a 1/72 scale model of a fictional AFV that I call the A.M.V.P. Mk.III (Armored Multiple Vehicle Platform) Code name "Chinchilla". The first file is the entire model; the following five files are the model broken up into sections of its parts.  I printed this model all in one file on standard resolution, using a support structure and on a raft. That being said, the hull really does needs support and the gun & axles will benefit from a raft and/or grid. I found it really difficult to remove the support structure around the wheels and it was not needed. I also have included the model split into sections as to reduce print area and to allow for custom settings on the individual files. The parts fit tightly, so filing and sanding will probably be necessary to allow all appropriate parts to move freely. 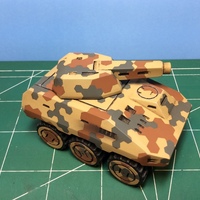 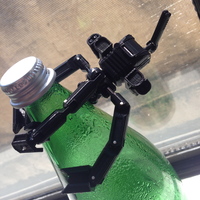 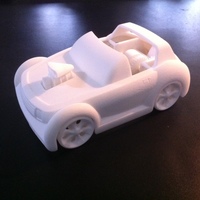 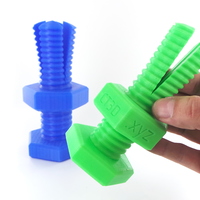 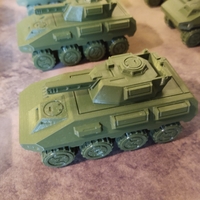 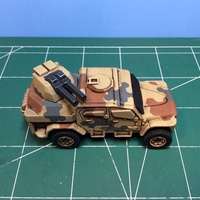 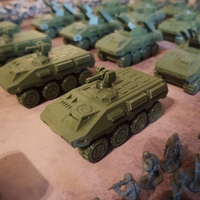