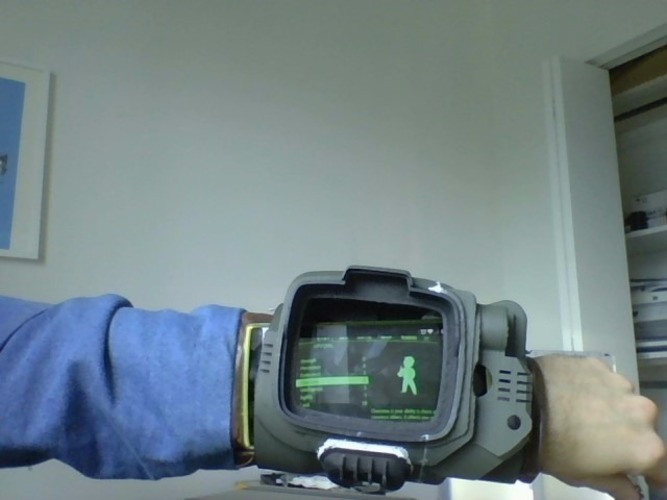 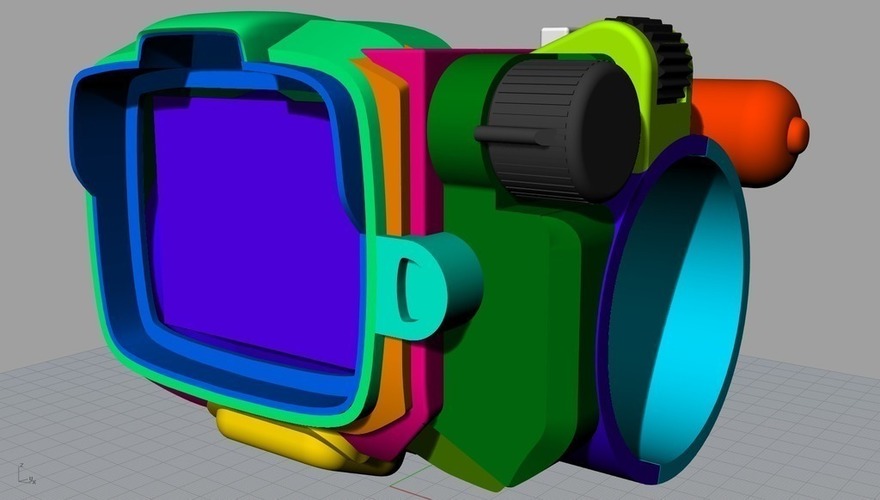 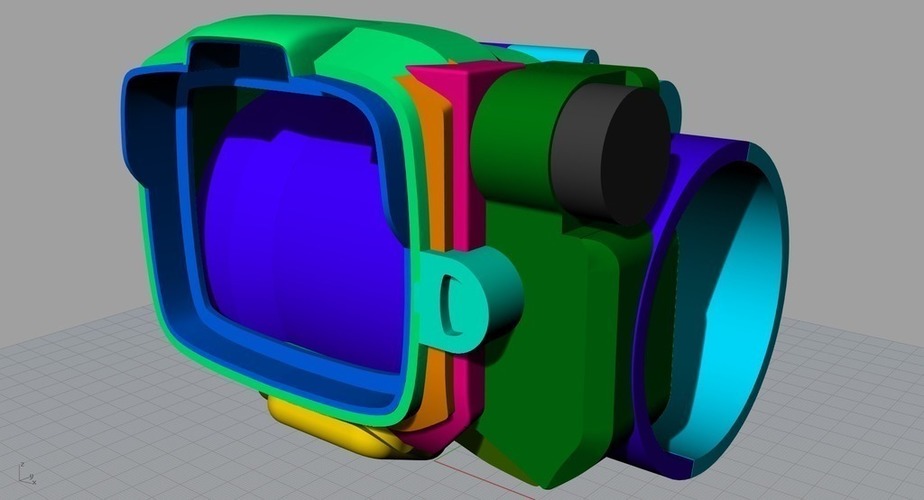 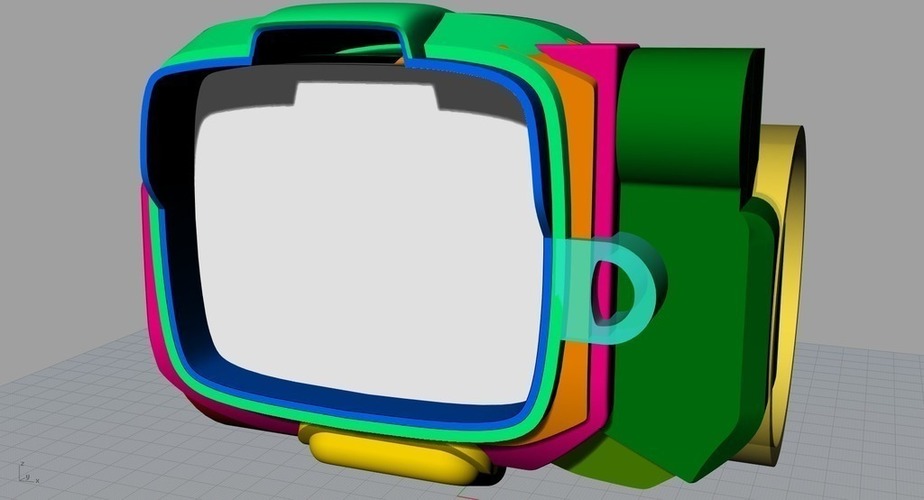 Summary Beta Update (2015-07-25): I have the parts mostly joined together with the front sleeve (which has been rounded) and hollowed out for adding components (and maybe phones). It's split in two for minimizing wasted support within the screen void. Original Description Since (at the time of this writing) The Fallout 4 Collector's PipBoy edition is still a few months away from release, I thought I'd try my hand at making a printable pipboy to tide us Fallout fans over until the game arrives. Rockin' and rollin' a bit lately. I'm starting to put in some of the finer details with a little help from user hippieman (Thanks). I want to call this an alpha version of the model right now. The coarse details are blocked in, but most of the fine details (like buttons/knobs, vents, etc) are still pending. This is still very much a WIP. I wouldn't even call it 50% at this point. The rhino file is still the master blueprint of sorts, but the pipboy stl files have become quite printable if you want to give it a go. Assembly is still not quite as polished as I'd like it to ultimately be, but, hey alpha right? I've included some sample stl files, but the meat of this is in the Rhino file (.3dm) Instructions Beta Update (2015-07-25): Turn on support and orient the body parts with the ring openings down against your build platform. The clasp you'll have to play with, but I haven't found a way to design it with a flat side just yet, so orient it however you can minimize support without compromising the print. I'll eventually overhaul the naming slightly since it's a little confusing at the moment. Easiest way to explain which files you need is grab every stl with the version level you want (currently it's just 'alpha', when things start to get more polished I'll move to 'beta'). Then for each part name with multiple numbers (alpha2.back_tube.stl, alpha3.back_tube.stl), just keep the highest numbered file and delete the lower one(s). Its's up to you to arrange them for printing in your slicing software. Some parts currently have nasty overhangs and will either need support added and or have their print orientations played with to minimize print defects and wasted support material (YMMV). The screen parts mostly line up well together, but that assembly doesn't key into the arm tube/sleeve (you'll see) so you have to play with the orientation when ultimately gluing the current version together.

Designs in Suff for university 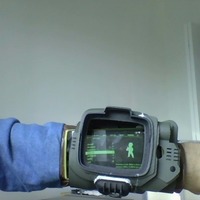 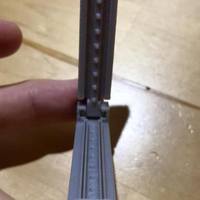 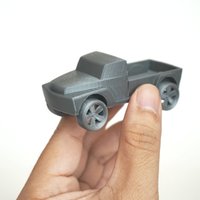 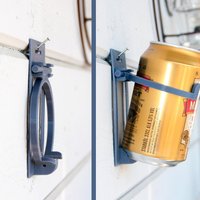 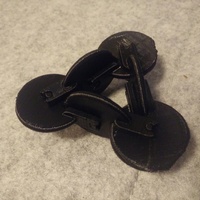 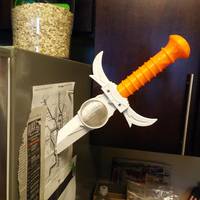 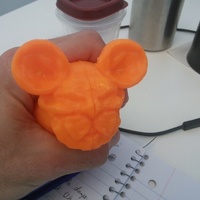