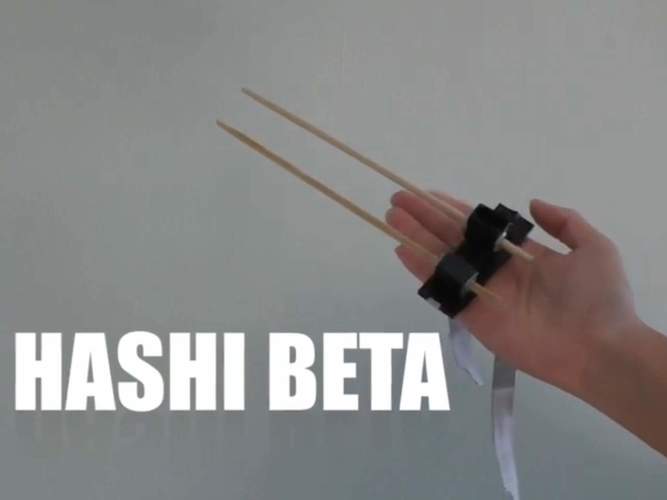 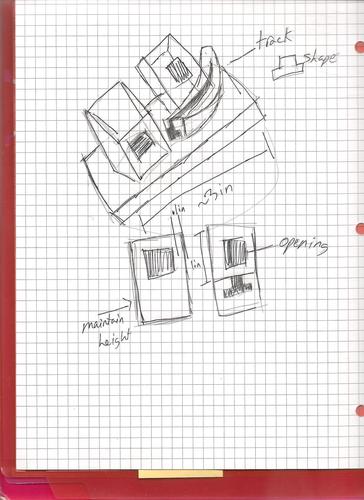 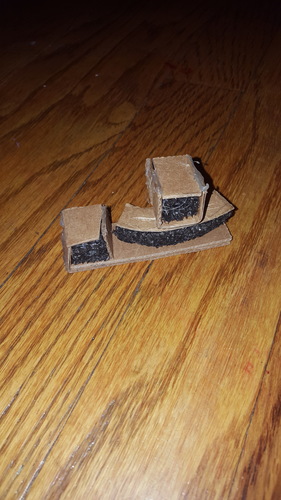 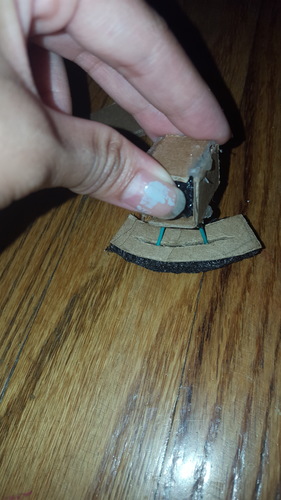 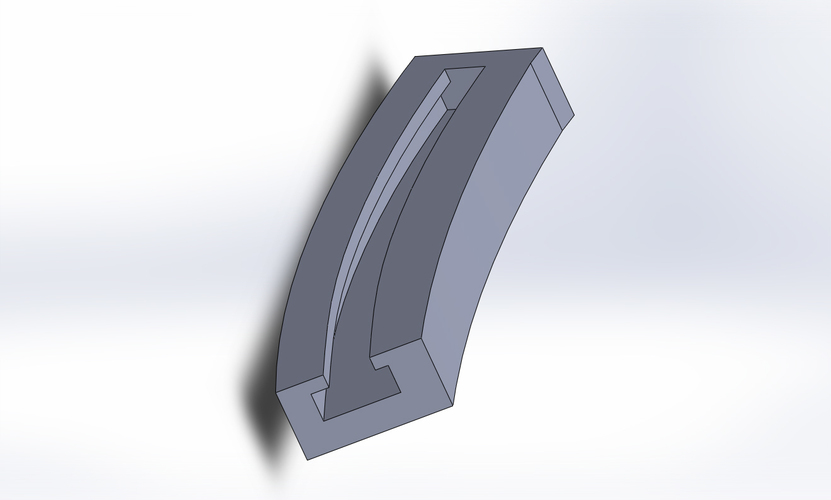 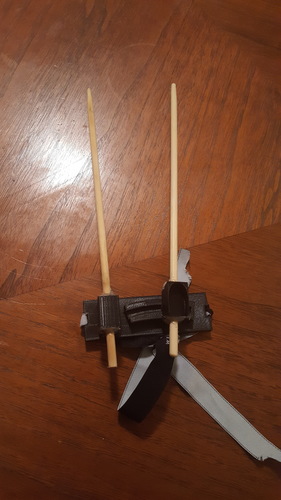 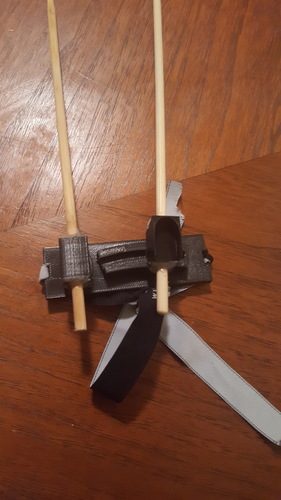 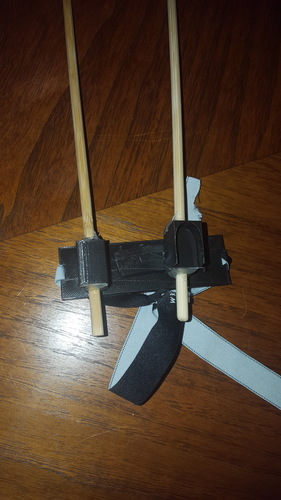 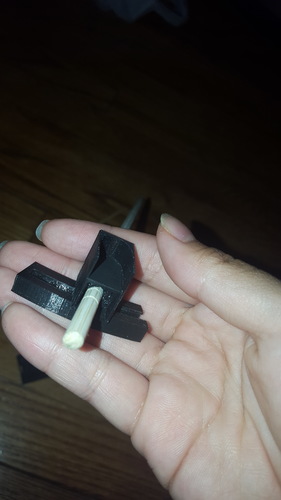 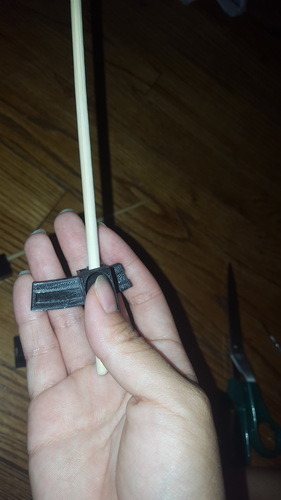 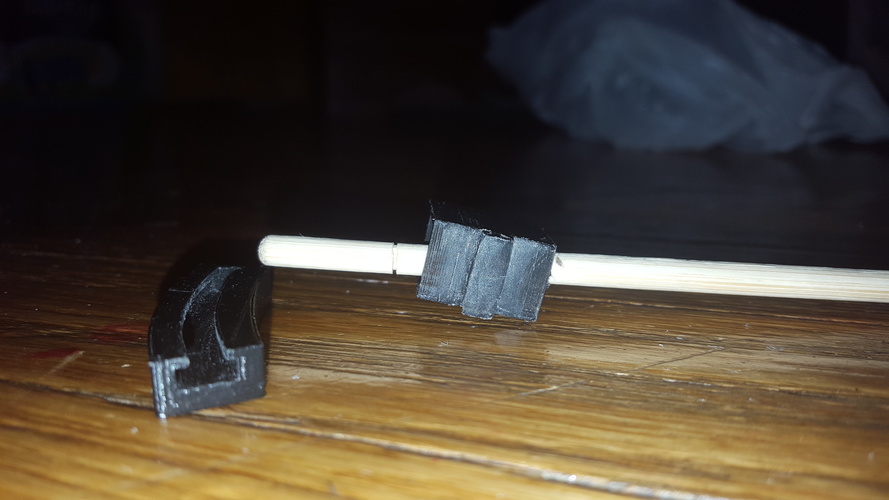 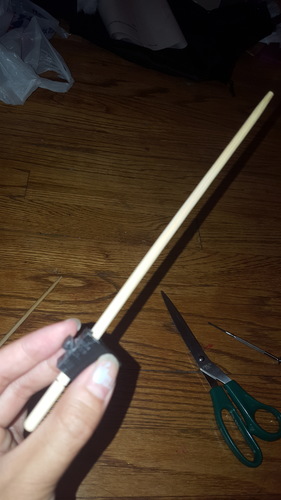 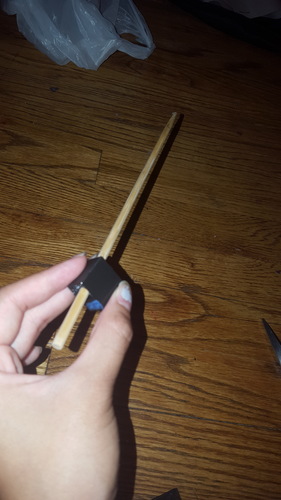 When I first decided to enter this contest, I was completely stumped. I kept jumping from idea to idea, but never seemed to have found the right one. Then one day, I was eating pho (Vietnamese rice noodle soup) with a friend. As I was waiting for my food, I was playing with my chopsticks and kept contemplating my project for this contest. “Hmmm,eating with chopsticks is so nice.” I thought, “ They are so unique. And just imagine billions of other people out there have been using these for centuries as their eating utensil. It really makes them different from the entire world.” Then it hit me- create a tool that can help people with limited hand ability to use chopsticks. In order to use chopsticks properly, all five fingers are necessary. The thumb, pinky, and ring finger must be bent to hold one chopstick still and the middle and ondex finger move the second chopstick. As tou can see, this is incredibly difficult to due when you dont have much control of your hand ability. I believe culture and diversity is one of the most beautiful aspects in this world, and to lose the ability to use chopsticks that make you so different from plenty of other parts of the world would be like losing part of your culture.

I first designed this product by drawing it. It was far less complicate to construct than anticipated, which was great because simplicity is key to a great invention. I went straight to prototyping using scissors, a ruler, cardboard, a hot glue gun, paper clips, and styrofoam. I do not own a 3D printer, so I originally planned to make my final product out of these materials. I cut small pieces of cardboard to create the main structure and the styrofoam to help keep the chopsticks in place. The mobile stick holder was supposed to travel on a cardboard track with compatible pieces that fit together, however,  using this material was incredibly inefficient. Since it was the prototype, I cut the styrofoam into a small rectangular prism and slit it with scissors. Then I cut a paperclip into two pieces and and stuck it into the mobile stick holder. Thus, these two pieces were able to function as a track. I was still unsatisfied with the performance, so I decided after making the final measurements on the CAD files that I would have to reach out to my friend and have it 3D printed. In the CADed version, the track had a t-shaped cut while the mobile holder had an extruded cut with the same shape and measurement as the track. I created the final design on Solidworks with many alterations compared to the cardboard prototype. I had them 3D printed individually in case of any errors that I did not notice while CADing. Once printed, I put the device together and tested it out while eating Japanese food with my friend!  In order to use it, all you have to do is tie the strap aroind your hand and use only ur thumb to move the mobile holder to the right for the chopsticks to open up and to the left for them to get closer together (for the right handed version. When more materials are available, a left handed one will be released). It worked pretty well and I feel as though it would be very useful to others with little to no proper ability to use their hands.

Like nearly all designs and inventions out there, I faced many obstacles and errors. My first error that I encountered, which was also my most difficult to fix, was the printed track’s compatibility. They were created like a puzzle with exact measurements. However, I did not realize that if I did not leave space within the track, there would be too much friction, thus resulting in barely smooth movement and fitting. I filed down both parts until they fit well and had a smooth run. The last major error I encountered was the material keeping the chopsticks in place in their holders. Chopsticks come in many beautiful shapes and designs, and I thought it would have been a shame to make my device be only compatible with one specific type of chopstick. Thus, I planned to put some type of material that could comply with any type of chopstick and hold it in place. However, the closest thing I came to was styrofoam. When I used styrofoam in my final product, it provided too much play, so the chopsticks were a bit flimsy and did not really fulfill their purposes properly. I had to hot glue the styrofoam to the holder, as well as hot glue the chopstick to the styrofoam.

This product was eventually named The Hashi Beta. “Hashi” in Japanese means chopsticks and “Beta” is the second letter of the Greek alphabet. I believe that this product can be very helpful for those with limited hand ability. It can be used by those who use chopsticks everyday and eve those who simply enjoy using them. This invention not only enables these people with the ability to eat food using chopsticks, but also by preserving culture and uniqueness. As mentioned before, I greatly value culture and diversity. I believe it is absolutely necessary to preserve these customs in order to maintain culture. That is why I believe The Hashi Beta is an incredibly helpful invention that will be of good aid to others.

To watch a demonstration of Hashi Beta, please check out this video! 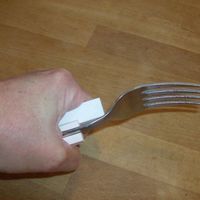 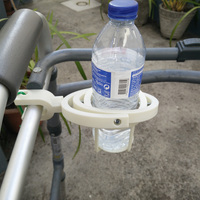 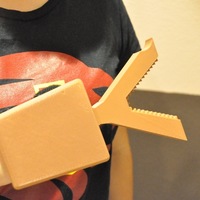 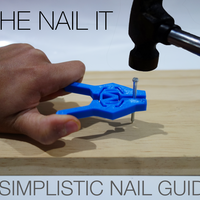 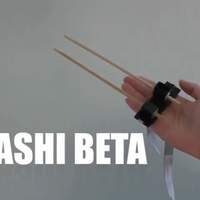