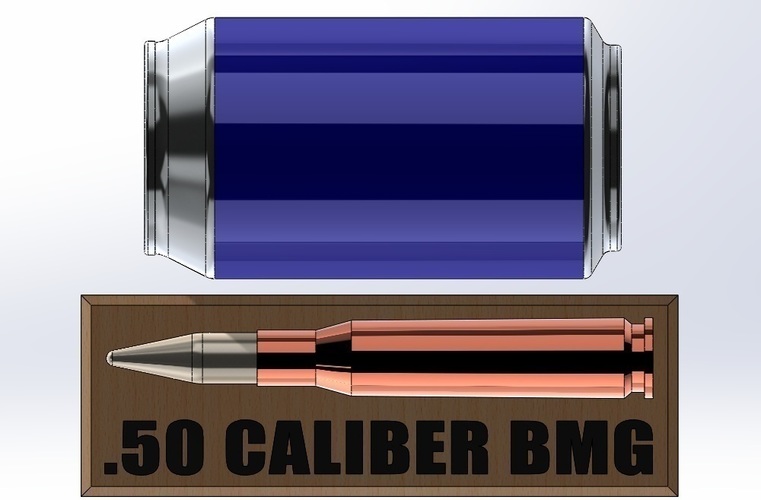 SummaryIn honor of the 237th United States Army Birthday, I have uploaded a couple of models of the Browning .50 Caliber (The main picture compares the .50 BMG to a Soda Can) Back ground info about the 50 BMG: The .50 Browning Machine Gun (.50 BMG) or 12.7Ã—99mm NATO is a cartridge developed for the Browning .50 caliber machine gun in the late 1910s. Entering service officially in 1921, the round is based on a greatly scaled-up .30-06 cartridge.[citation needed] The cartridge itself has been made in many variants: multiple generations of regular ball, tracer, armor piercing, incendiary, and saboted sub-caliber rounds. The rounds intended for machine guns are linked using metallic links. The .50 BMG cartridge is also used in long-range target and sniper rifles, as well as other .50 caliber machine guns. The use in single-shot and semi-automatic rifles has resulted in many specialized match-grade rounds not used in .50 caliber machine guns. A McMillan Tac-50 .50 BMG sniper rifle was used by Canadian Army Corporal Rob Furlong of the PPCLI to achieve what was then the longest-range confirmed sniper kill in history, when he shot a Taliban combatant at 2,430 meters (2,657 yards) during the 2002 campaign in the Afghanistan War.[1] This record was surpassed in 2009 in Afghanistan by a British sniper, though using a .338 Lapua Magnum (8.58Ã—70 mm) rifle.[2][3] A former record for a confirmed long-distance kill was set by US Marine sniper Carlos Hathcock in 1967, at a distance of 2,090 metres (2,286 yd).[4] Hathcock used the .50 BMG in an M2 Browning Machine Gun equipped with a telescopic sight. This weapon was used by other snipers, and eventually purpose-built sniper rifles were developed specifically for this round. DARPA (Defense Advanced Research Projects Agency) has developed the EXACTO program, .50 caliber bullets complete with microprocessors and steering vanes that allow the bullet to adjust its trajectory mid-flight to stay on target when the flight path has been altered by uncontrollable variables. From http://en.wikipedia.org/wiki/.50_BMGInstructionsThee models to choose from 1) Full .50 Cal BMG ready to print vertically 2) Half .50 Cal BMG ready to print flat on the bed 3) Plaque version for every man cave or office! 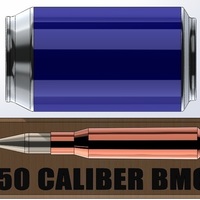 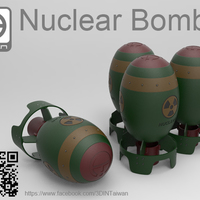 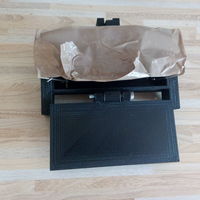 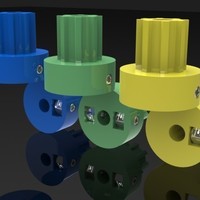 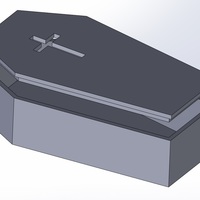 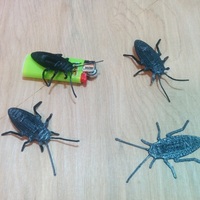