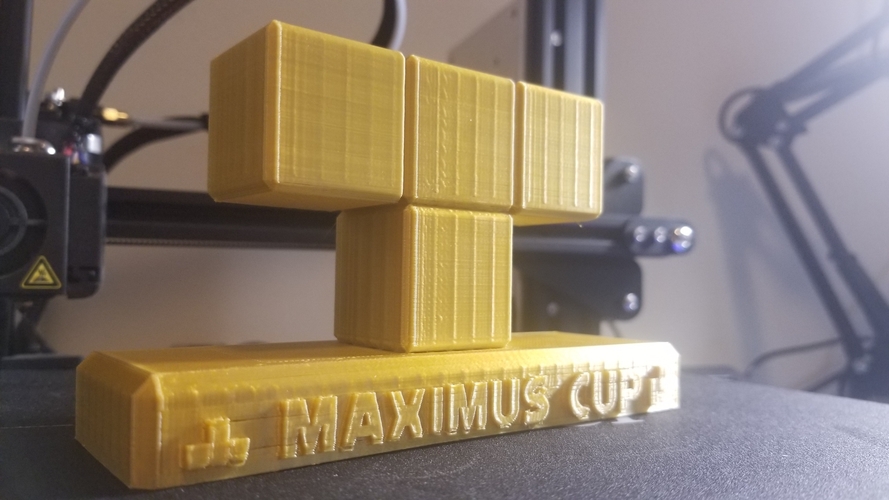 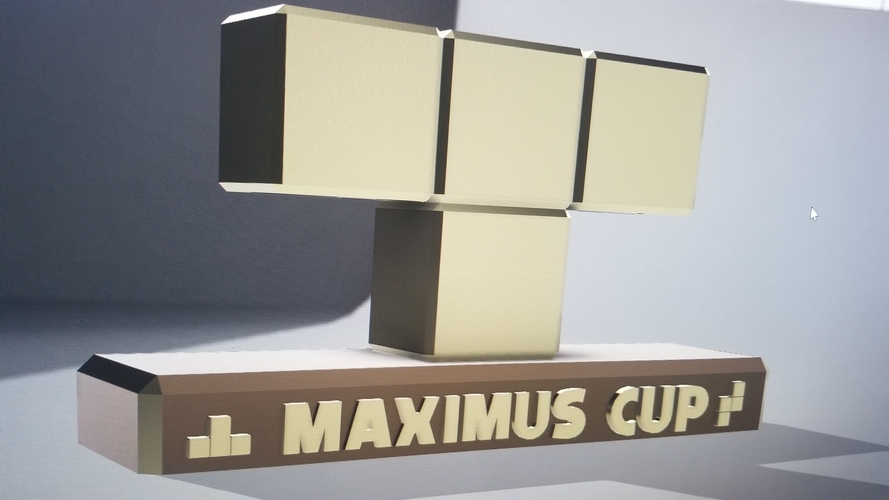 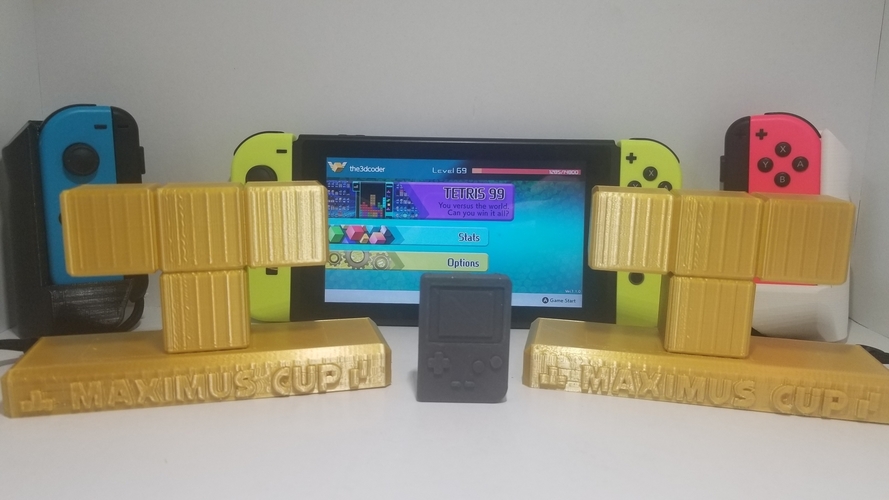 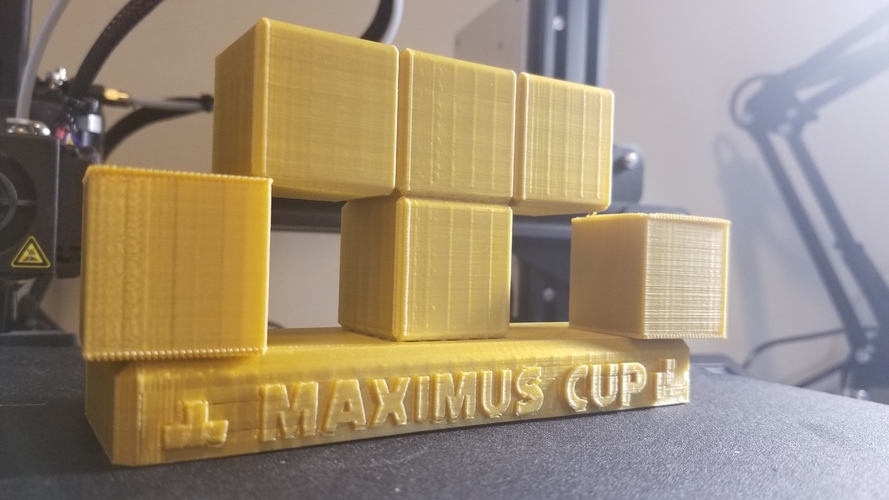 With the recent release of Tetris 99 for the Nintendo Switch and discovering some streams and events held by https://thectwc.com/ I was inspired and overcome by nostalgia gaming again.

Even though 999 Nintendo Points to the top competitors was cool, I thought this may be a cool way for those to have a physical way to remember the little event.

I'll upload versions without the Maximus Cup on it as well so if people would like to make them for something else.

-Designed/modeled using shapr3d mobile app. Rendered up for a pic in Fusion 360.

I adjusted my printer to have a layer above and below the supports. This enabled me to have two small cubes post-print that I can use or just throw at something.... just a suggestion to sometimes utilize support material. Though depending on your print orientation this may not be an option. 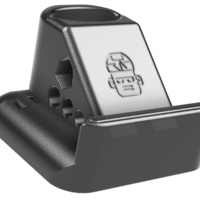 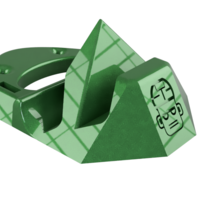 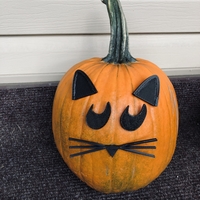 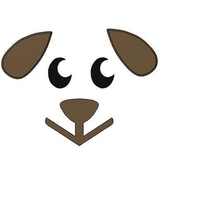 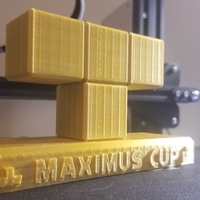 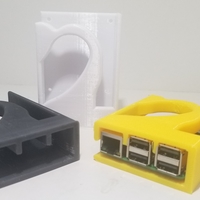 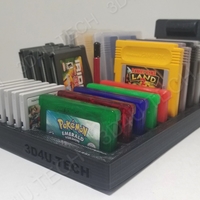 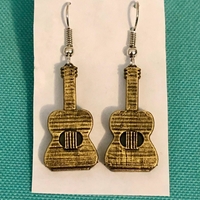