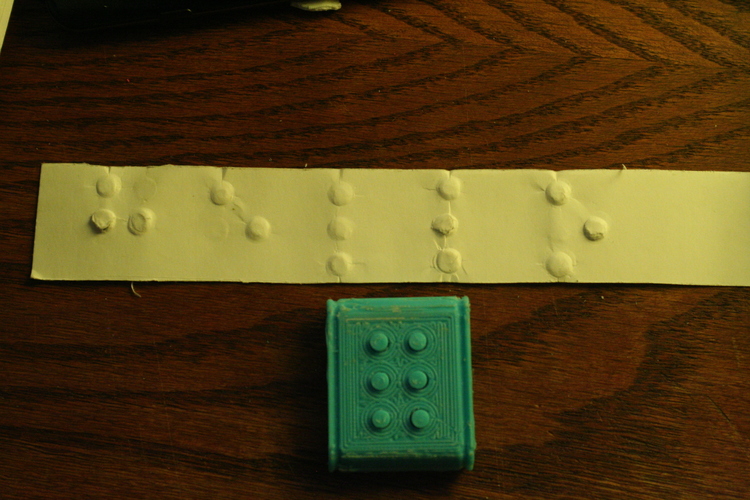 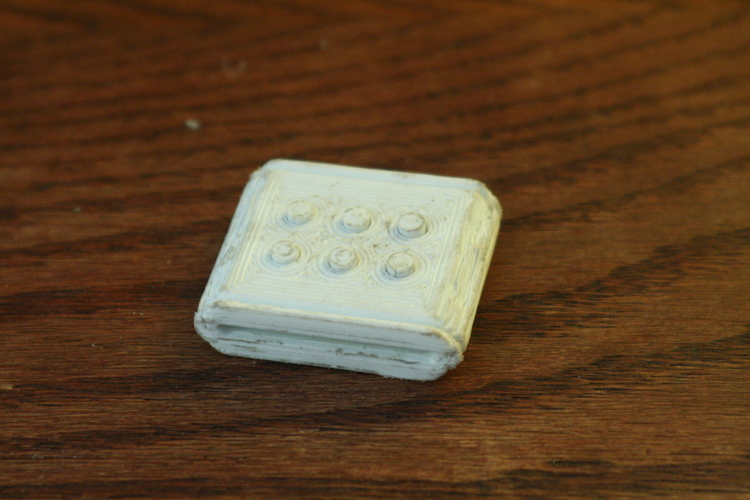 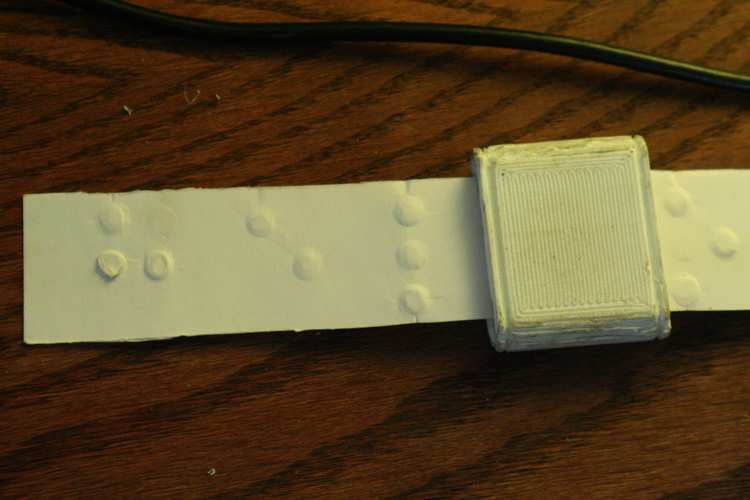 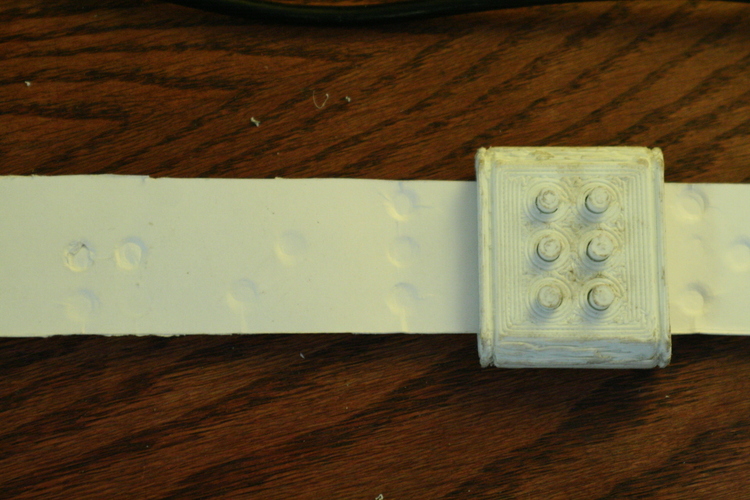 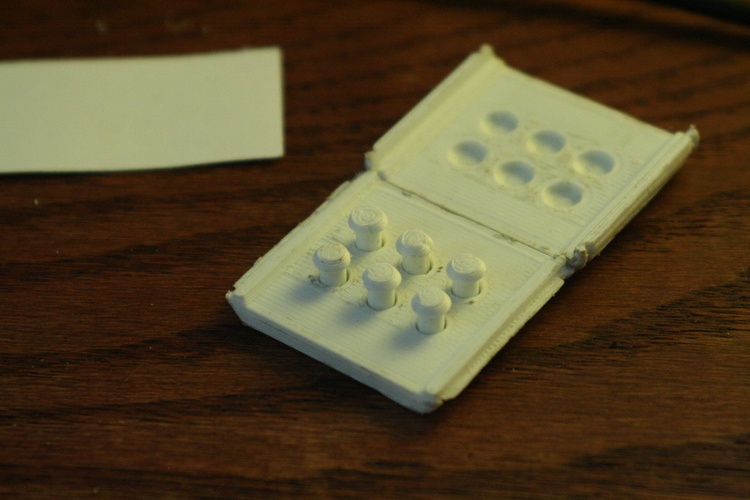 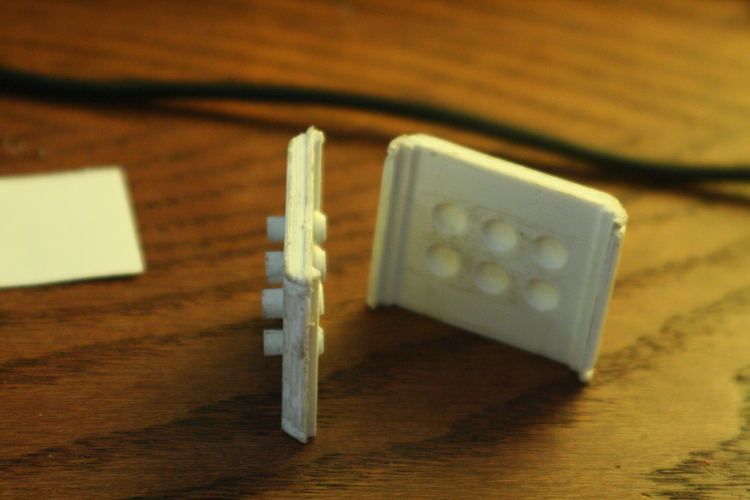 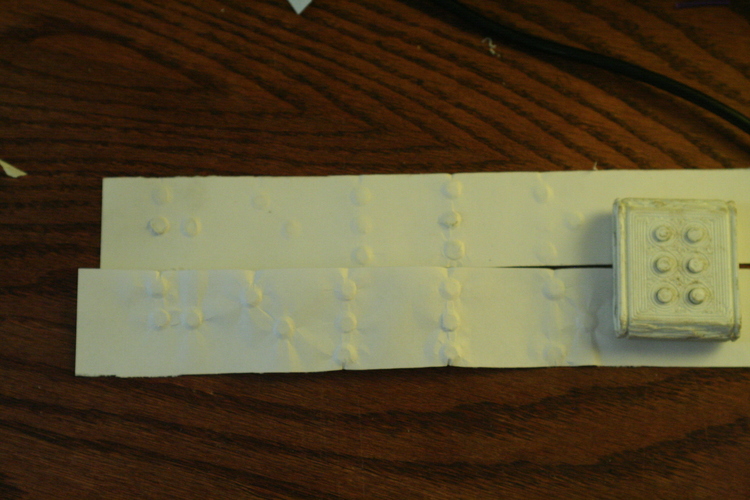 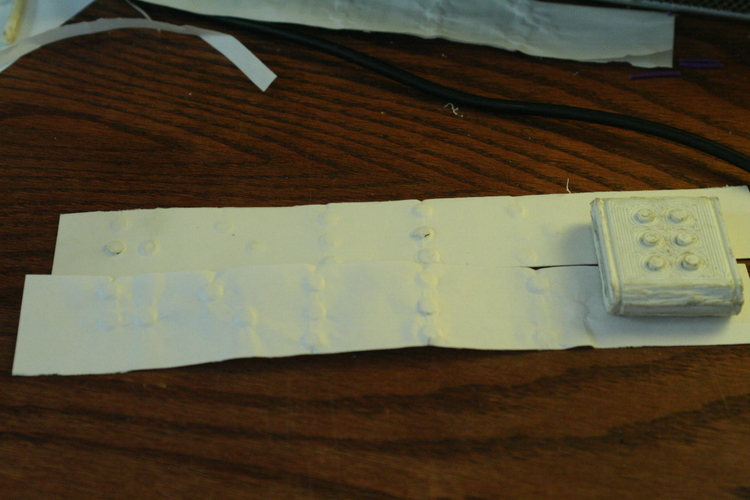 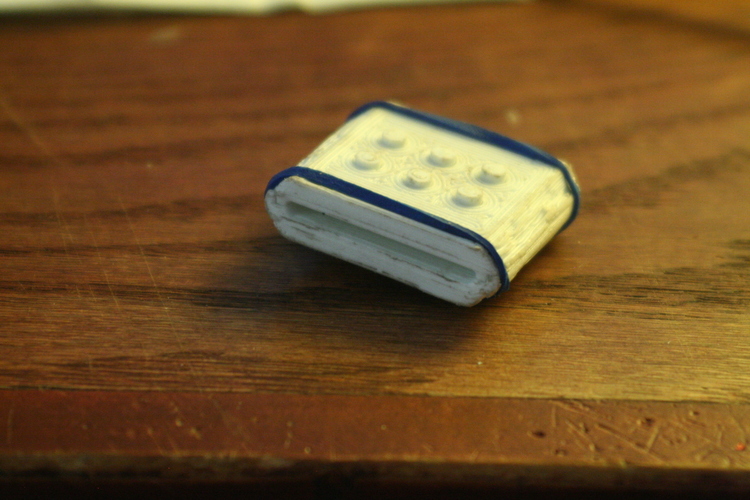 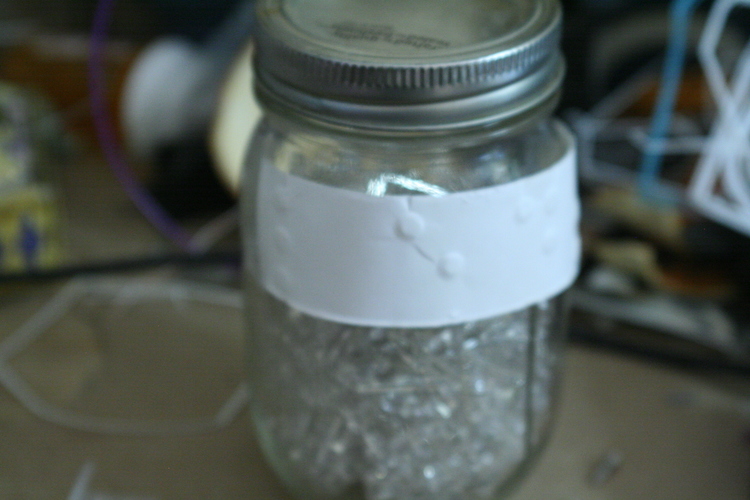 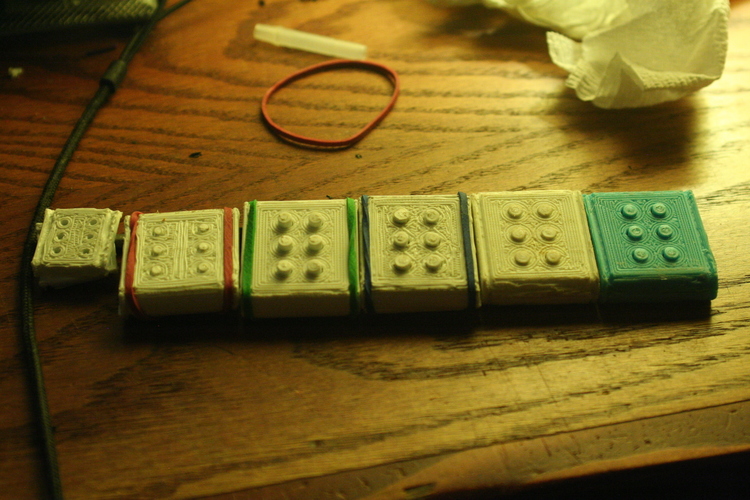 Small device that can be used for taking notes in braille on paper strips, can be used to make labels to attach to objects or surfaces, and it can also be used to learn and practice braille for beginners (I became much more proficient very quickly).

The device is meant to be faced buttons down, so that pressing them will cause the bumps to be raised in the correct orientation. Paper strips should be cut  to a width of 3 cm - 3.5 cm (1.2 in - 1.3 in). regular printer paper works but creates more wrinkles around the edges.  Thicker papers (such as cardstock) created smoother bumps but is harder to use and press (comparison in images). It has been scaled so that in order to get the correct distance between letters, you must pull the last letter out until the final bumps can be felt at the edge of the device.

I was able to achieve a friction fit between the top and bottom half (after just the right about of sanding), but if that does not work there are grooves on the side for rubber bands to hold the halves together. This was printed with 1.75 mm white PLA and 1.75 mm light blue PLA. Raft and support is recommended.

The design progression can be seen in one of the images, initially it was created much too small, once it was scaled up the pins were too small and oddly spaced. This was fixed but designed to have a larger button pressing area, but a small point with which to make the bumbs, this did not work out very well (largely due to printing size constraints and tolerances). Next the impression area was increased. The details and sizes were then refined, and then printed as finished with higher print settings (as seen in the last blue version). 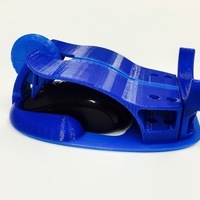 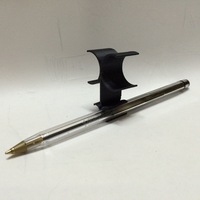 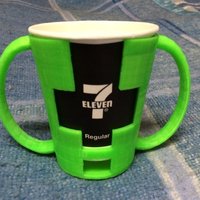 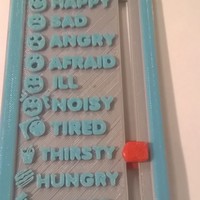 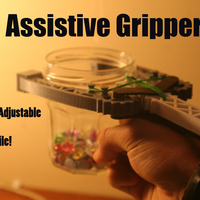 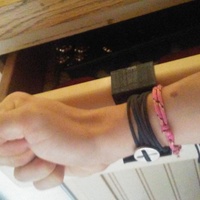