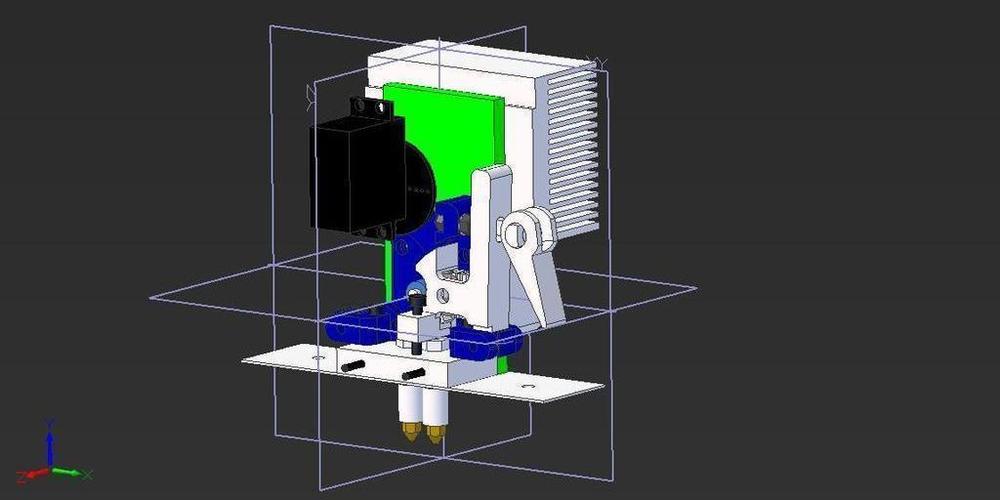 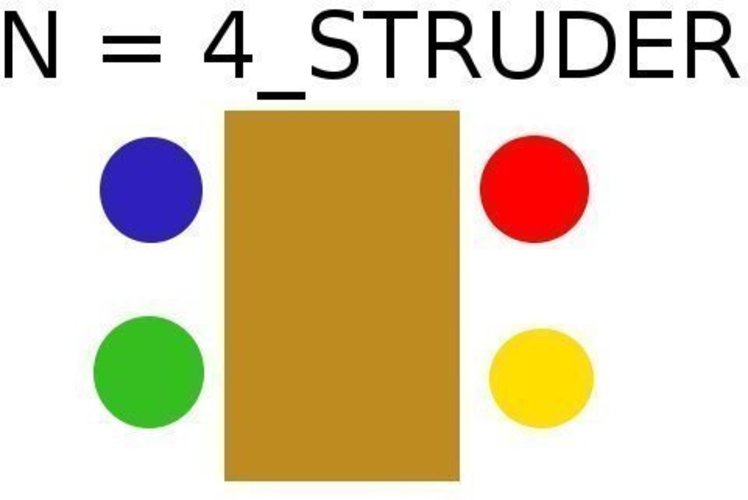 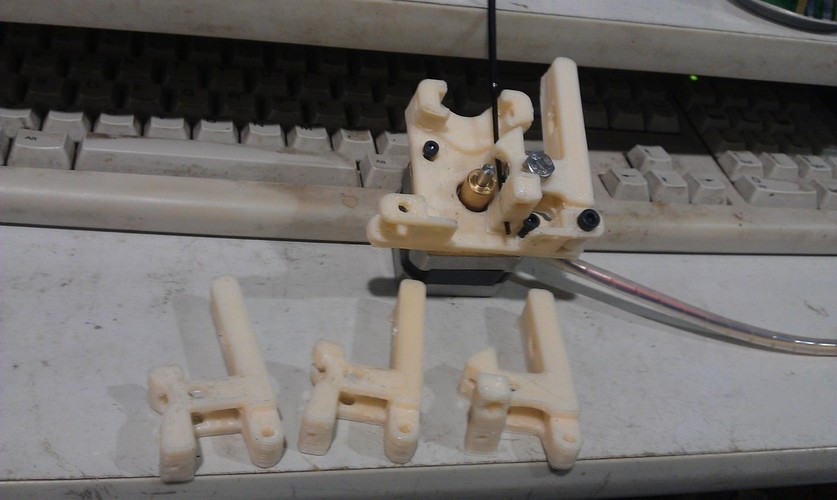 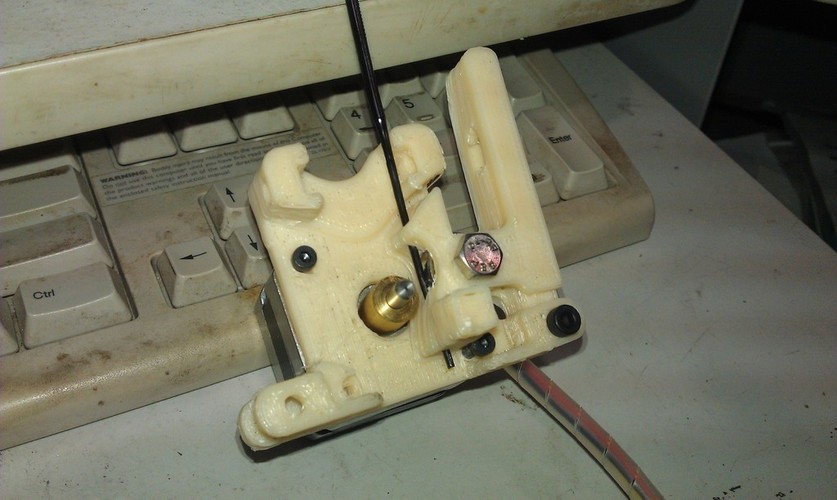 Summary I call this thing the N_struder. With this revision being an N = 2struder. The original design intent was to hack http://www.thingiverse.com/jag awesome http://www.thingiverse.com/thing:7113 for use with my cupcake, but after seeing Makerbot's MK7 I ended up taking it to a whole new level. Design Concepts: Cooling Fan: I mostly wanted to use parts and stock I have laying around my shop. The idea with the location of the heatsink is to cool the stepper motor (while still using a MK3 geared DC motor I noticed after long builds the filament would strip). I fixed this with a vacuum pump blowing air right on the hobbed drive, keeping the motor cool to the touch (a terrible solution), but it worked. With this location it also allows for any cooling fan to be attached. I think it is important to have a large heatsink, like a CPU fan when using multiple extruder heads. I imagine 100W+ possibly which is in the range for a CPU fan (plus they are often found FREE!) Filament Drive/ Material Change: The idea here is to only use (1) stepper motor and motor driver because I am too cheap :). But really I think this method may prove useful. Basically there will be a servo that engages/ disengages each filament through linkages (not in design yet). Then driving the stepper CW for one, then CCW for the latter. When disengaged the filament is pulled away from hobbed drive. I have found using a 180 degree servo you get a few extra degrees allowing the mechanism to lock (like locking your knee or elbow), enabling the need for no power, with only the small exception of material change. Added Benefits: This was designed with extruder head spacing of only 12mm (more build area). Less cost and more simple. no need for two sets of motors, drivers, housings, ect... Use of 1.75mm stock Expandable to many heads (see N = 4struder concept). Well that was a mouthfull. But I have a question for the thingiverse hivemind. Is there an interest in implementing something like this? I have no programming knowledge so it's useless to me without help. I will continue designing the servo driven version if anyone thinks it's a good idea. Also, other suggestions would be helpful. Instructions Publish Early/ Publish Often? This is a major work in progress. After I build the first one I will post all files. I uploaded the whole assembly if anyone wants to take a look. If anyone wants another file type just ask. You may notice there is no "engaging arm" on the left. That's because Alibre does not have a mirror function(FAIL), but I will find a way to work around that somehow. 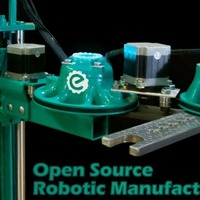 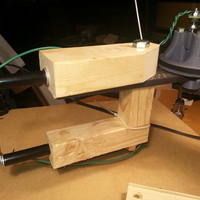 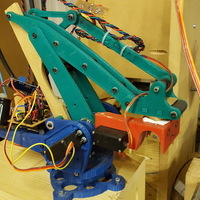