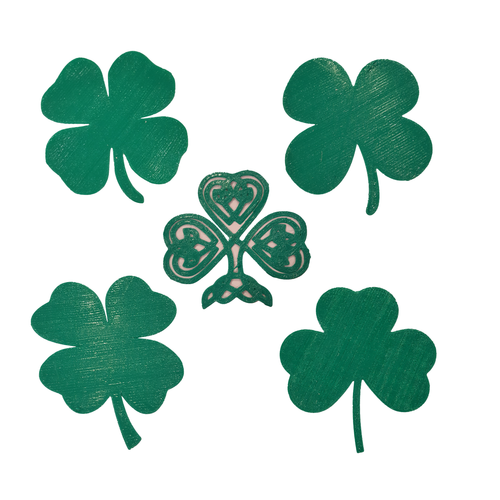 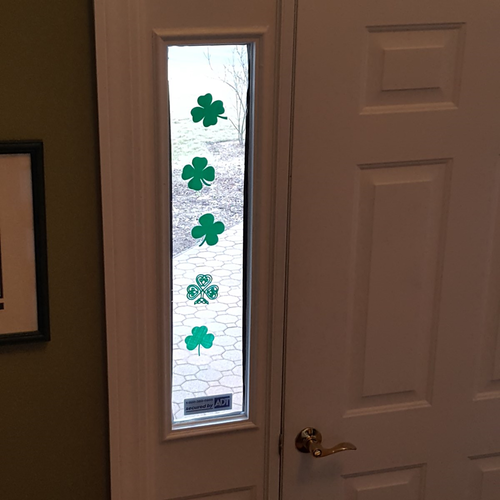 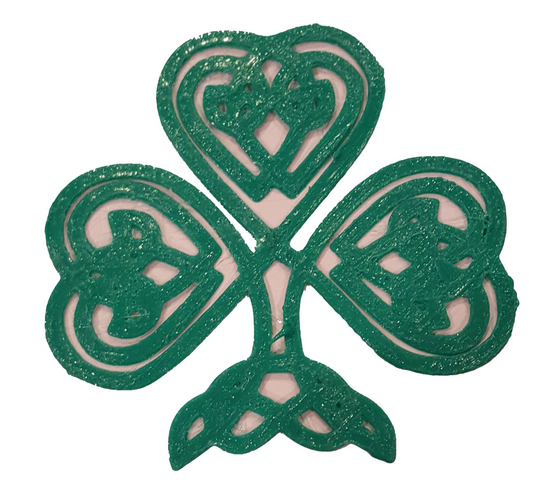 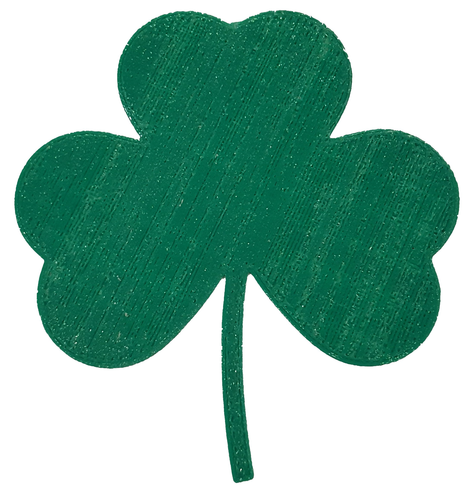 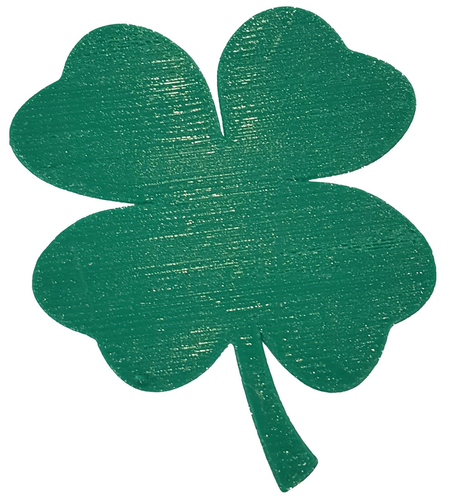 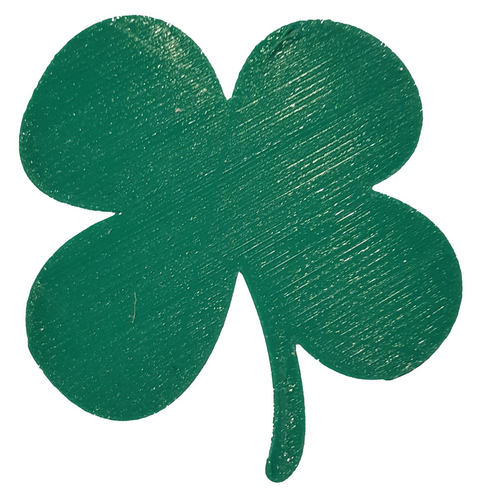 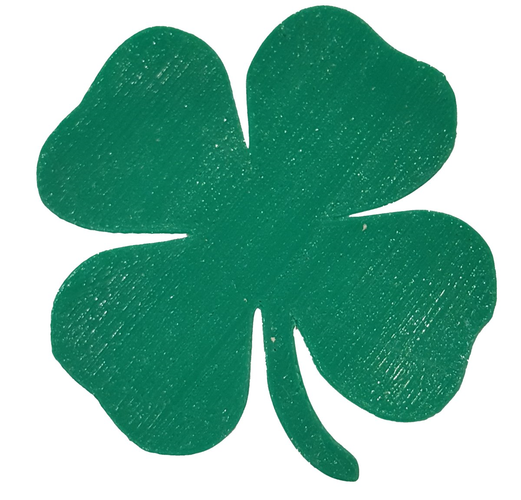 St. Patrick used the shamrock to explain the holy trinity with each leaf representing the Father, Son and Holy Spirit. The three leaves of a shamrock are also said to stand for faith, hope and love.  A fourth leaf is where we get the luck from.  The four-leafed clover, or “lucky clover”, is an uncommon variation of the three-leafed clover, and widely considered to be a symbol of good luck.  Because they are a mutation, they are rare, and not found in the same abundance as the shamrock, and thus, considered lucky.  The traditional Irish symbol of a shamrock does not include the fourth leaf.

These are fun, easy prints that take up just a tiny amount of filament. One of the cool features of a soft flexible like NinjaFlex (SH=85A)  is that it sticks really well to windows and mirrors when printed at 1mm to 3mm thickness.   It's important that your print surface and the windows you stick the decals on are clean ;) to insure smooth against smooth. Just wet with water and stick.  I have some up in my office that have been there for almost a year. If you don't have any flexible filament you can buy some magnets at a craft store and turn these into refrigerator magnets.  I started  with images downloaded from pixabay.com from their public domain section and edited them for printing. 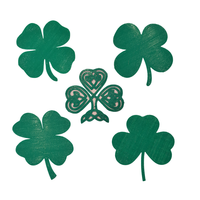 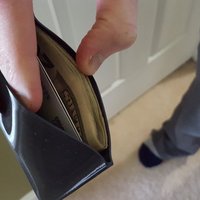 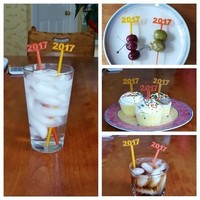 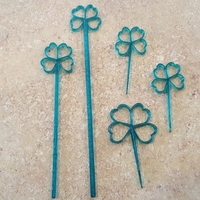