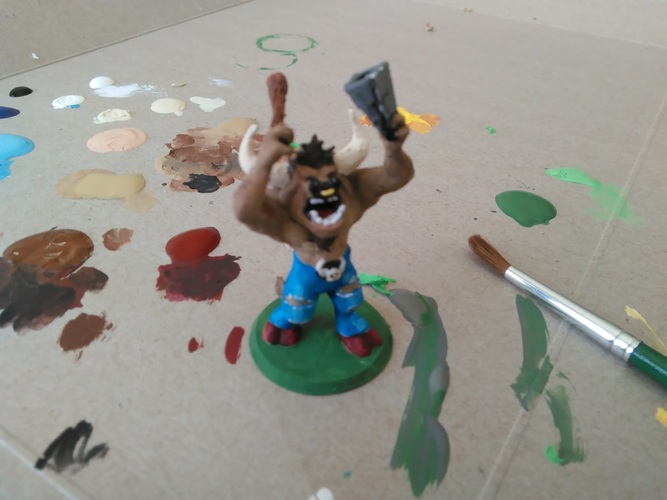 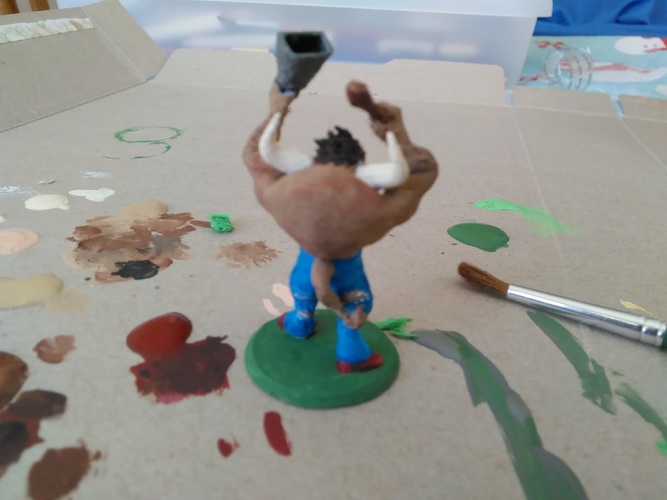 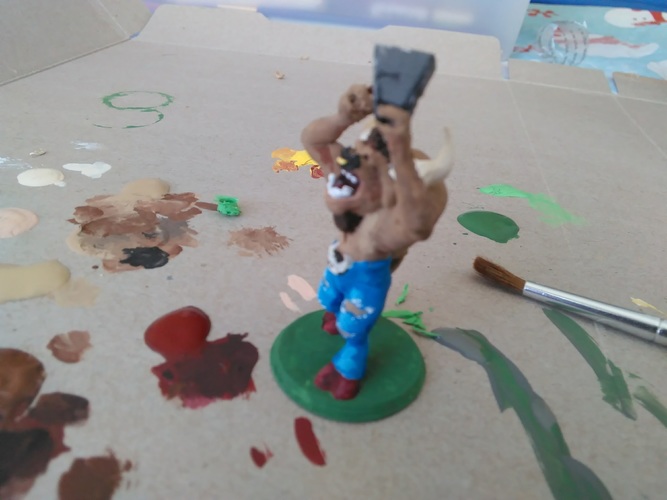 Minotaur Bard. Instrument of choice, cowbell. Arcane knowledge. Bonus if a tragic or romantic death is involved. Double bonus if both. Does not fear the reaper.

2000, April 8th,  SNL featuring Christopher Walken does a skit "Recording Session" emphasizing the song's use of cowbell, made timeless by Walken's deadpan delivery of such ridiculous lines as "I gotta have more cowbell", "the cock of the walk, baby", and "I got a fever, and the only prescription, is more cowbell". vimeo.com/55624839

2008, April 1st, Blizzard makes a joke announcement about a new class in World of Warcraft, the Bard, with Guitar Hero-like game play. It included concept art of a Tauren Bard in torn  blue jeans playing the h*ll out of a cowbell, drawn by Bryan Rathman. wowwiki.wikia.com/wiki/File:Bard_Artwork_3.jpg

Recommended Print settings: Print in PLA with a fan and no supports or raft at fine layer settings (>=0.1mm layers). It was posed to print with minimal or no supports on a well calibrated FFF printer. There's a lot of fine details that scaling up or using a higher detail process will reveal if desired. 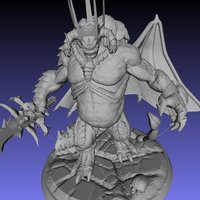 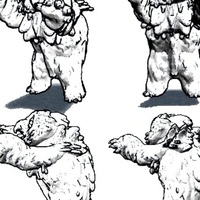 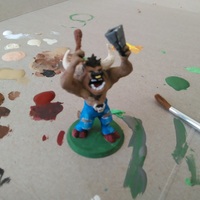 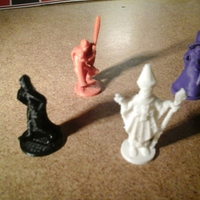 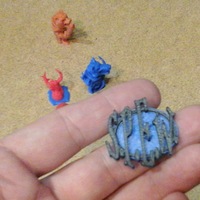 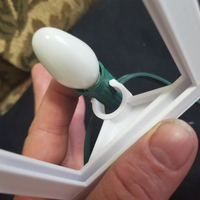