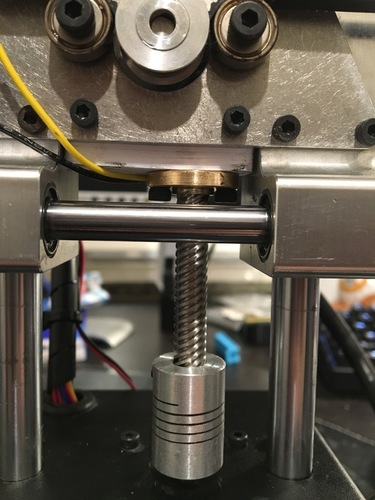 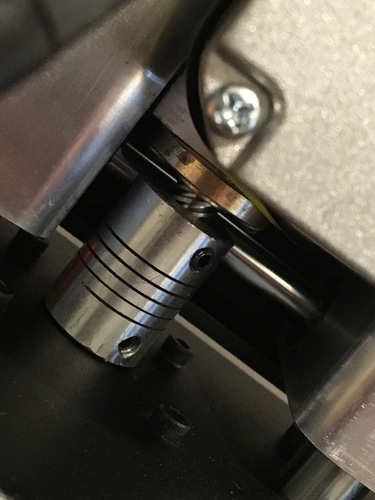 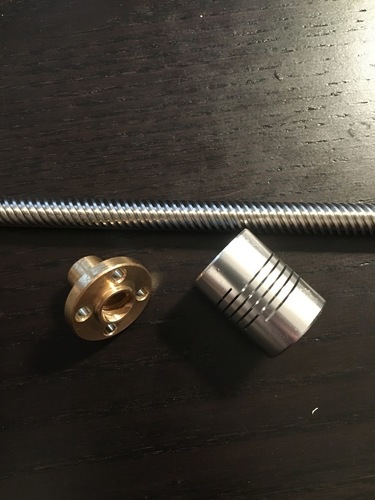 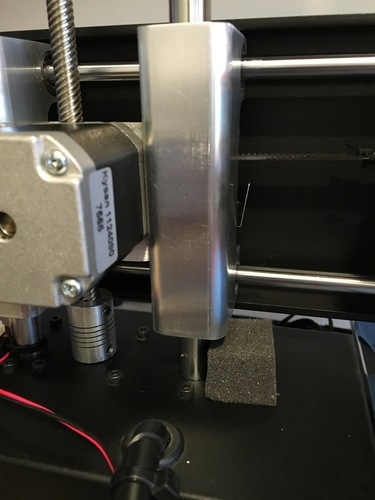 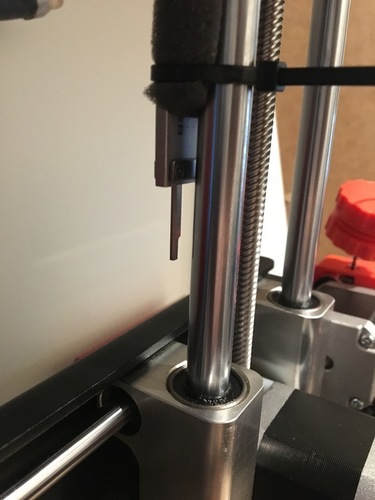 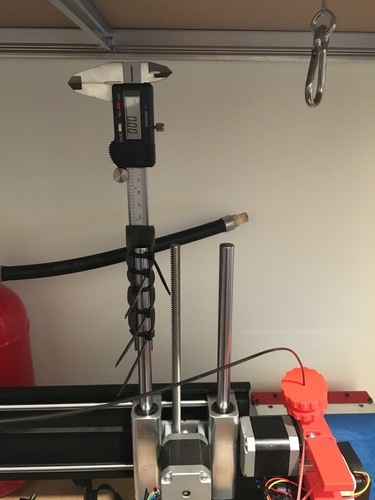 Summary I had to replace my Printrbot Simple Metal's imperial 1/4" Z-rod and z-nut due to failure of the Delrin z-nut, and printrbot doesnt sell the part anymore. This part allows you to mount a 8mm trapezoid's brass z-nut onto the printrbot. This mount places the z-nut up against the bottom of the assembly, so push forces are used against the znut-to-bracket. The short bolts are to allow failure if the extruder crashes into the bed or another object. Requirements: trapezoid 8mm rod + brass nut. 5mm to 8mm coupler 2x button head M3 bolts 6-8mm DONT FORGET TO RE-CALIBRATE Z TRAVEL WITH M92 COMMAND!!! For me this was "M92 Z269.44" Calibration: Set M92 Z to something reasonable, like 269.44 Attach a digital caliper to the Z as pictured, so the depth testing pin can move freely while the caliper body remains in-place. You should be able to do at least 30mm travel. Raise Z 1mm, using the printer controls, at a time until you make contact with the depth-testing pin. Then zero the caliper. Raise Z 10mm at a time, then do the math. New Z Steps = Expected / Observed * Current Z Steps ( Where z steps is your m92 Z setting ) 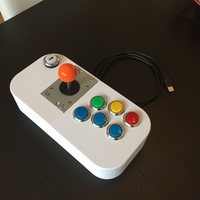 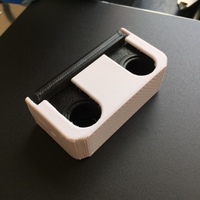 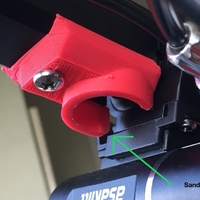 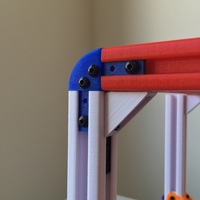