Simple spool system for a Mendel (or other 3d printer) 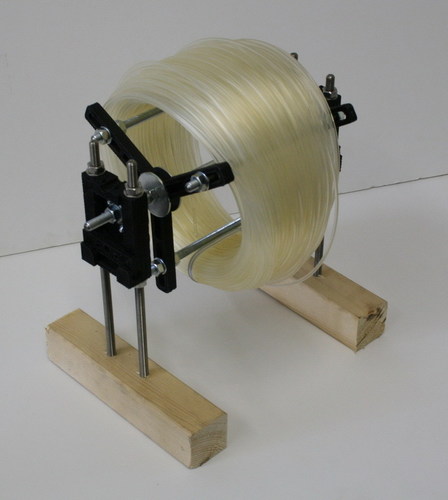 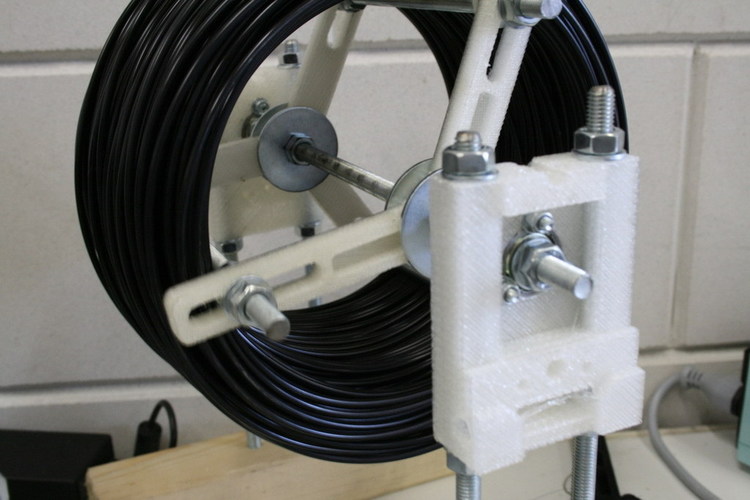 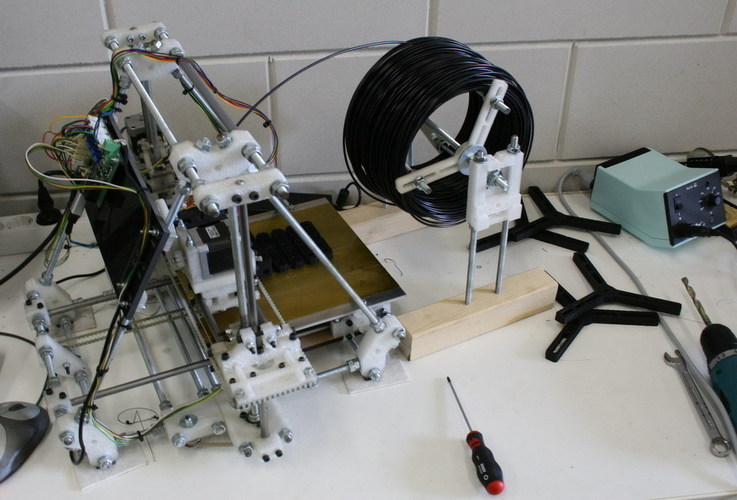 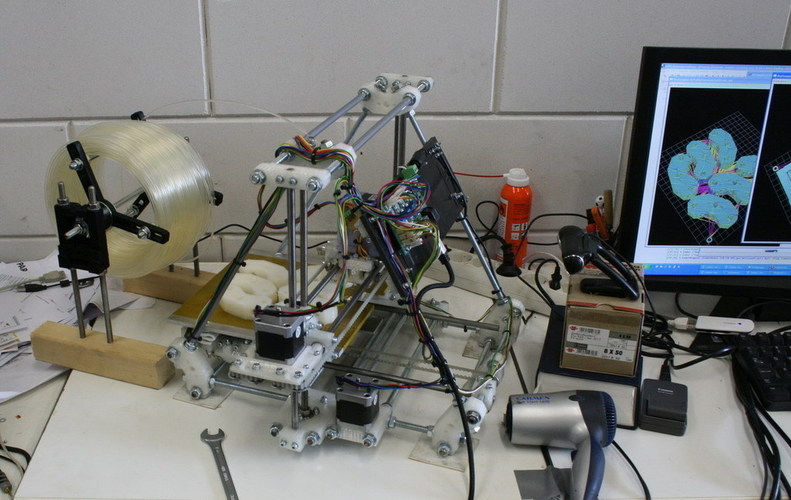 Summary Well i wanted to have a very simple, but bearing based spool system. So i came up with this.. its only one new STL file needed twice. And I used two old z-leadscrew-base_2off parts. So here is complete list: 2x z-leadscrew-base_2off STL 2x spool_v2 STL 6x m4x16 cap screws 12x washers m4 6x m4 nylock nuts 3x 180mm stud m8 1x 280mm stud m8 4x 250mm studs m8 (depends how high you want your spoolsystem to be) 28x m8 nuts 24x m8 washers 4x m8 large washers (regular might also work) 2x bearing 608 2x block of wood, doesnt really care what size etc. Its possible to adjust the diameter from 100mm to 180mm, so most spools should fit. Also its partly shelled out to reduce print time, while not really reducing strength. Ow and yes this cannot be printed on a makerbot. First I wanted to design something smart/smaller that could be assembled. But i was in a hurry and thought.. well who has a makerbot anyway these days? Better put yours on ebay and build a Mendel ;). Update: there is now a v3, it has small marks so you can balance out the studs correctly. If they are all equal positioned the force required to rotate is least. also making the spool a bit higher (+ 10-20cm) then in the older pictures here, will reduce force on x-carriage in horizontal direction. Update2: I've made a revision of the z-leadscrew-base. Making the part a bit smaller/faster to print. (Because I didnt have any old z-leadscre-base parts left and wanted to make another spool system..) And I've extended the spool a bit (v4), because i noticed it was a bit on short side with new full rolls. (ps. in my opinion: innovation = simplicity / re-use) 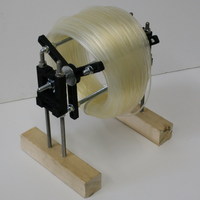 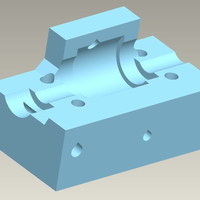 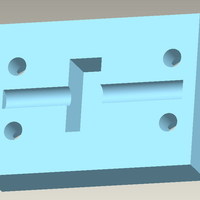 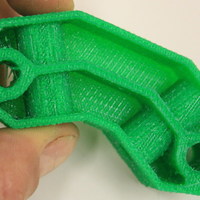