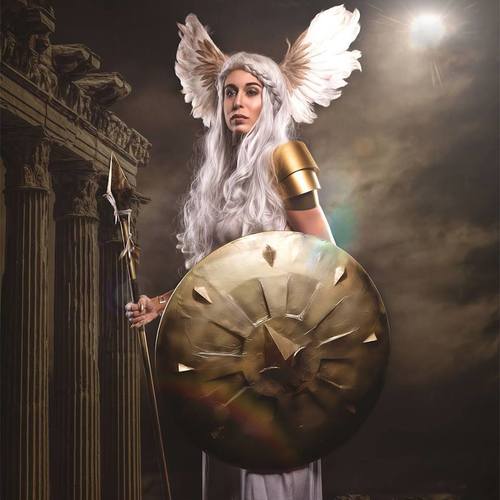 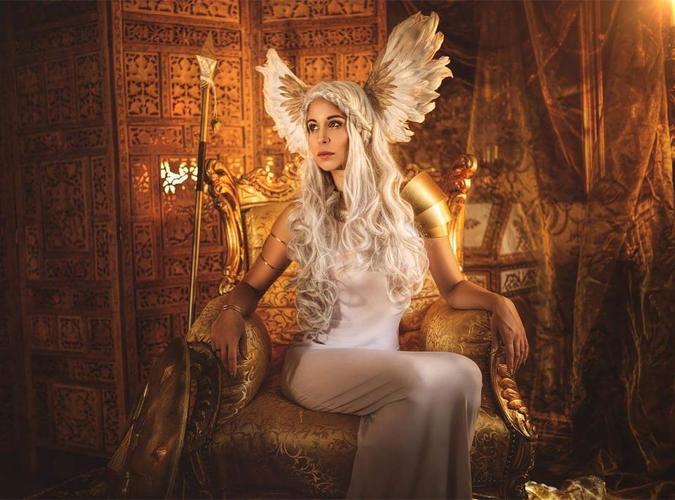 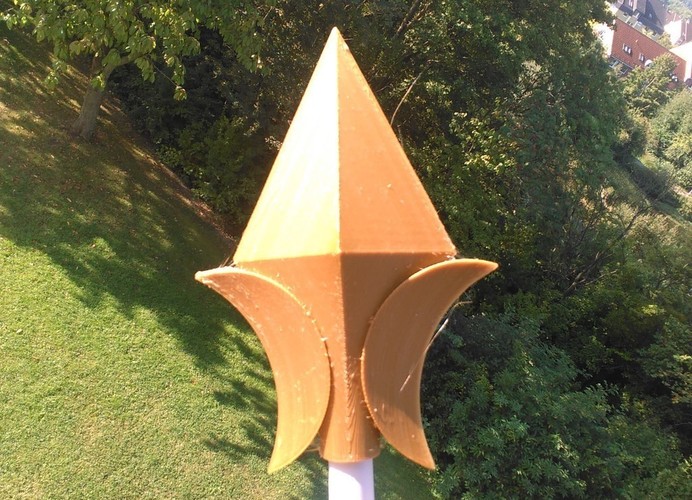 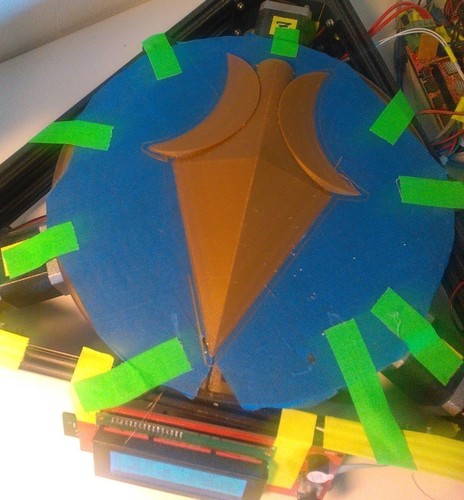 Summary This spear head was originally printed for use in the shown Athena cosplay. though printed in Gold, for a more antique look I treated it as described in the post-printing part. 21mm hole fits for 2cm rods. split in half for ease of printing. also included a vertical split for small printers, which will take longer to print. I did not test this but it should work fine. added half version without a hole to use as a decoration as seen on the shield in the picture. The "diamonds" around the rim of the shield are also included. Post-Printing combine the two halves using superglue. If you want a more antique and battered look, coat the spear head with wallpaper paste and newspaper shreds, and let dry. Then spraypaint some primer, like white or gray, and let dry again. Since the paper soaks up a lot of liquid, this doesn't take that long. Afterwards, carefully spray paint the rim parts and the notch between the spear and the moon parts with some dark paint, like black. Then apply gold spray paint to the rest of the surface, leaving some of the dark visible so you get better contours. After that, I just placed some metallic effect spray paint, which I had lying around anyway, to same places, as well as a bit of bronze. This is by no means necessary! There you go! Don't kill anyone! =D How I Designed This made with onshape, adapt as you wish I made this using OnShape, the new cloud-based CAD project from the SolidWorks Core Team. If you want to remix the file, you can find all CAD data publicly here It's a bit messy though the model The beatiful model in the picture is mme rouge, find her facebook page here. 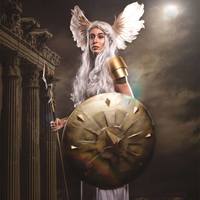 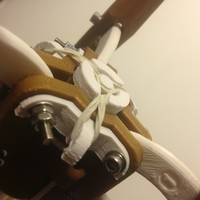 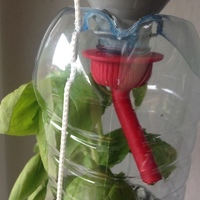 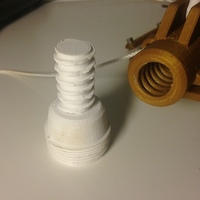