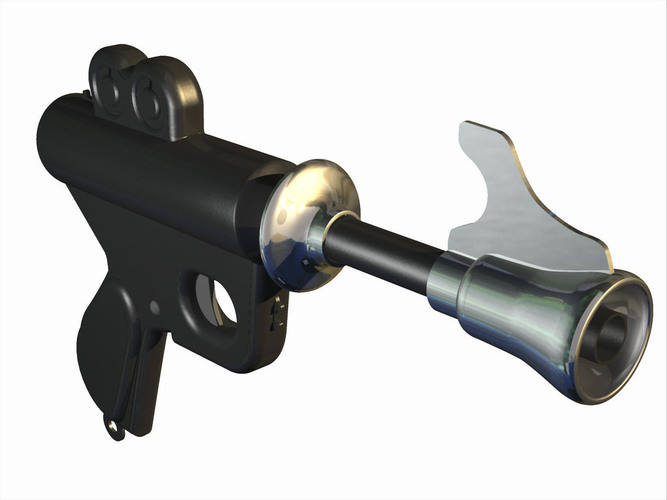 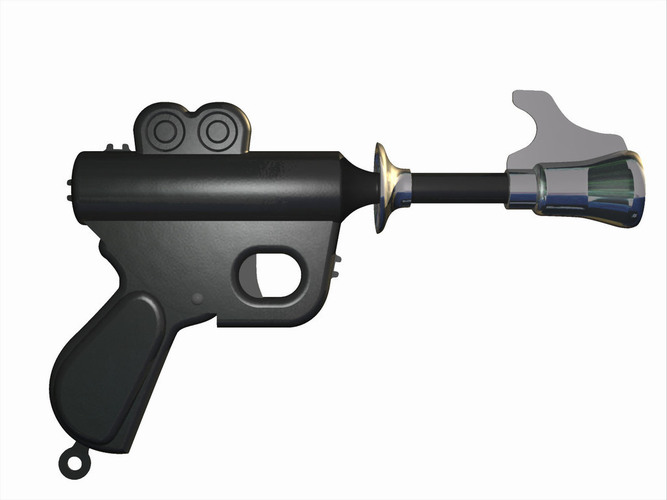 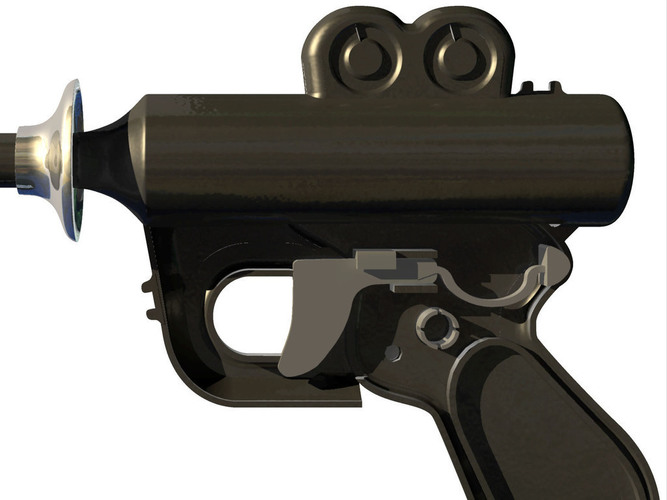 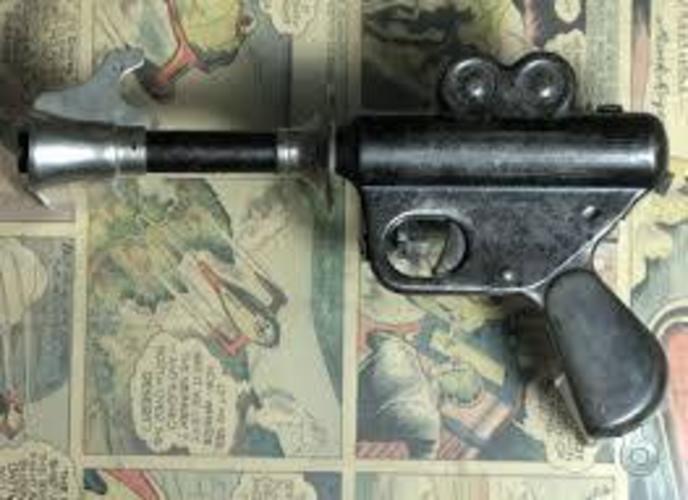 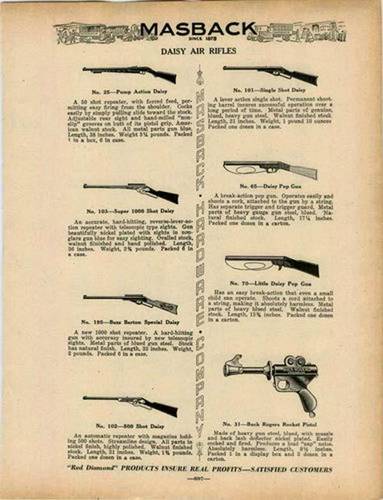 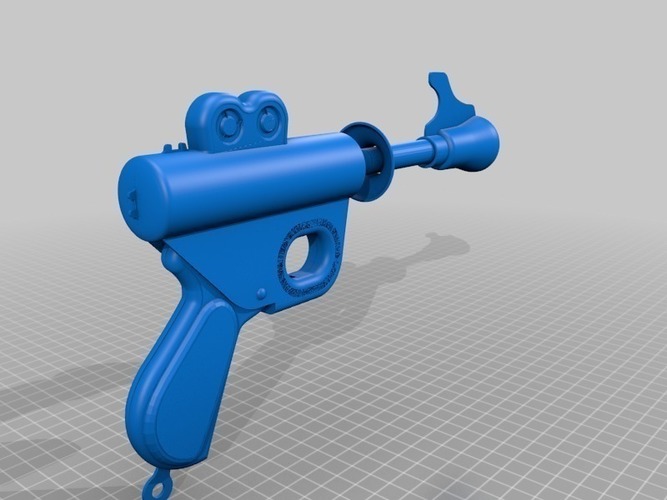 SummaryTHIS IS NOW FULLY WORKING AND PRINTABLE. This is my version of the Buck Rogers XZ-31 Rocket Gun. It is one of the toy ray guns produced by Daisy in 1934. It was based on the gun carried by the popular "Buck Rogers" comic strip character. The XZ-31 Rocket Pistol, a 9 ½-inch toy gun that produced a distinctive “pop!” sound, retailed for 50 cents and was made of stamped metal. It was the first of six Buck Rogers toy guns manufactured over the next two decades by Daisy Manufacturing Co.. My 3D printable version has a spring trigger but does not actually pop or work it was designed just for display. I've wanted this ray gun ever since I saw it back in the 70's when a friend of mine got one from his dad for his birthday one year. It may not be the real thing but it was fun to build and will look great once printed and painted.InstructionsPlease Note: The Bck_Hndl file is a mirror of Frnt_Hndl. You do not need any of the trigger capture on the Bck_Hndl file. I was unable to cut it all away with my current software. When assembling the gun please file off or break away any of the trigger capture still remaining on the Bck_Hndl part. 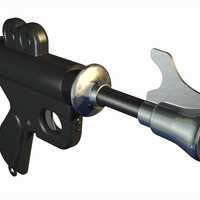 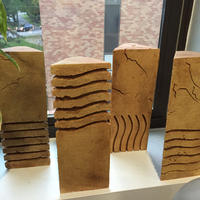 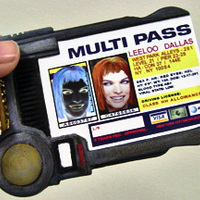 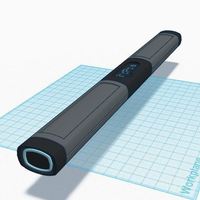