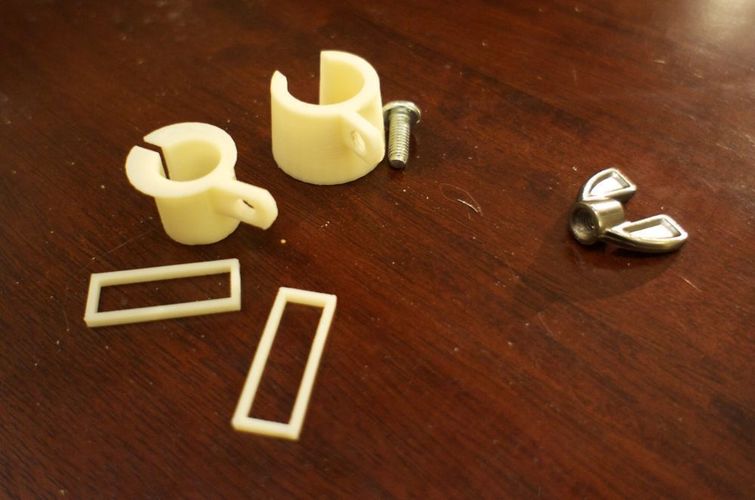 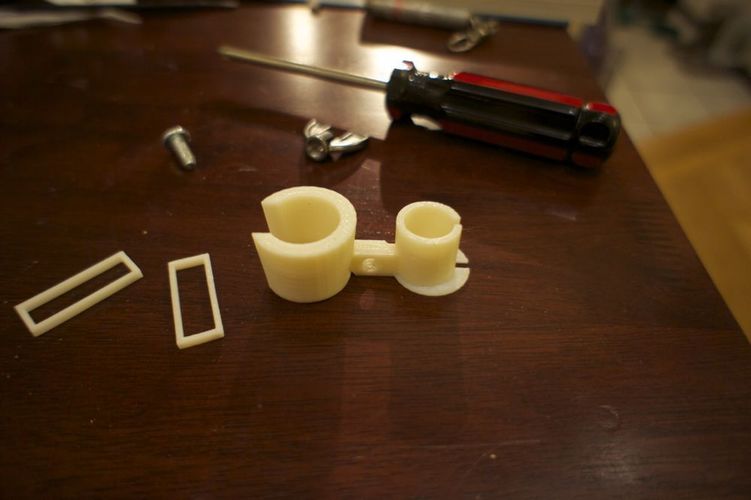 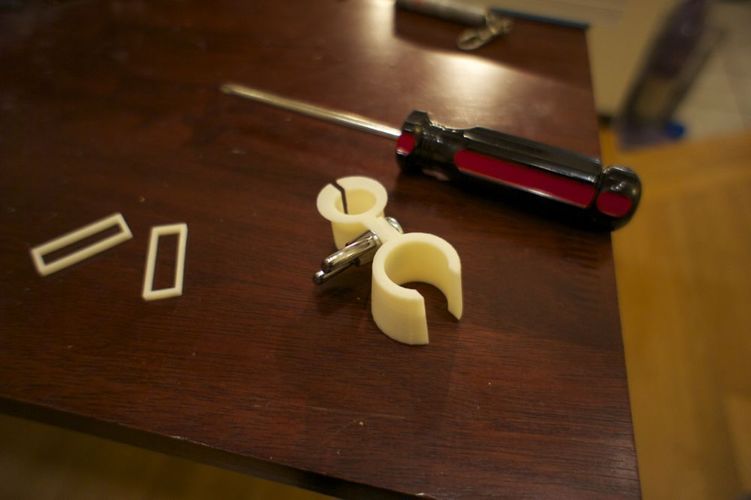 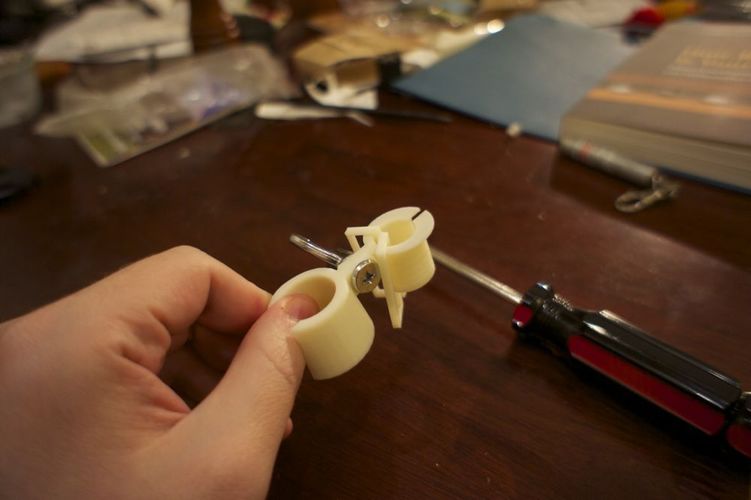 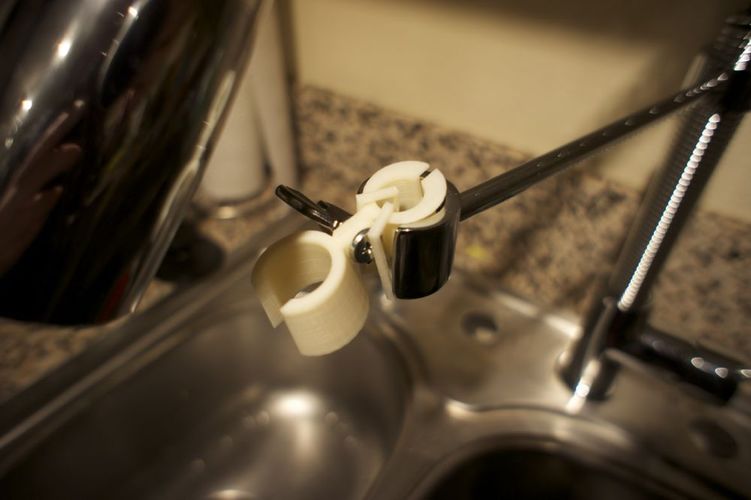 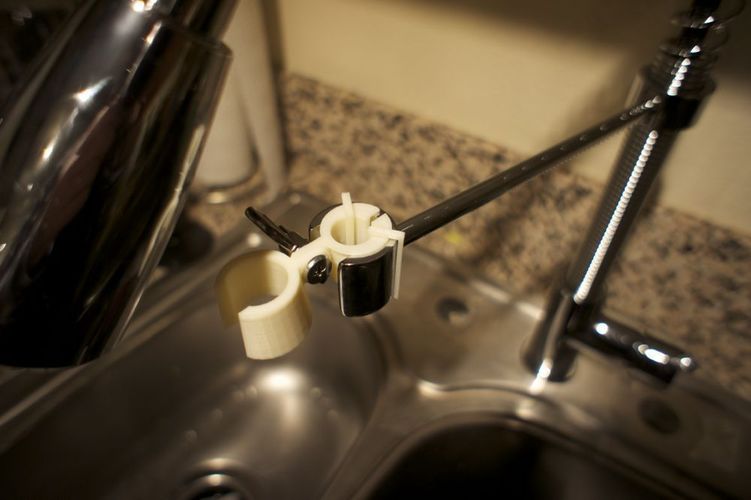 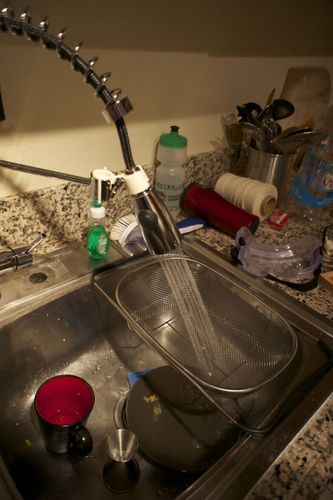 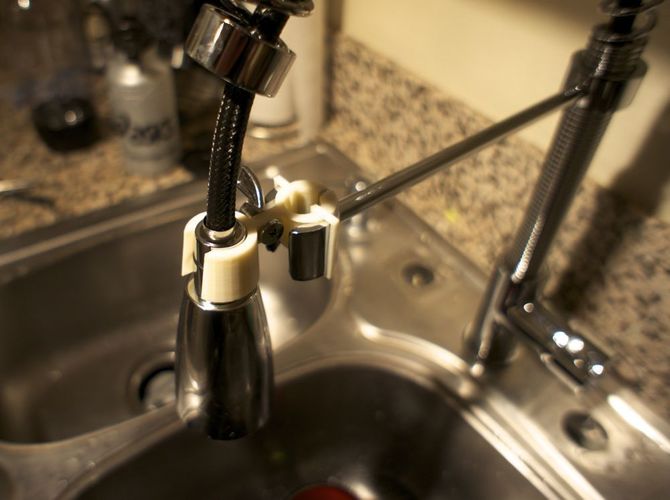 SummaryUPDATED 6/1/2013: I tweaked the files a little bit more to make it a bit more durable, as I was having trouble with the top-flange and attachment clips cracking apart. Okay, so I really like the KrÃ¤us KPF-1612 faucet (available at http://www.amazon.com/gp/product/B0032IPJ0I among other places), so much so that this is the second kitchen in a row that I've owned where I've installed one. It's a great faucet, with a great design and a lot of utility. Except for two problems. The swing-arm is a little bit short. When the spray-head is mounted, it only points straight up and down, when it would be nice if it had a bit of an angle on it. This would especially make it easier for cleaning larger pots or just generally having a bit more flexibility in using it. At one point I contacted KrÃ¤us asking if they had any sort of accessory clip to make the spray head adjustable, with a hint-hint-wouldn't-this-be-nice? tone to it, but their only response was that they didn't make accessory parts. So I made one. This is the third major version, which I'm pretty happy with (after a LOT of tinkering). I'm considering sending it as an engineering sample to KrÃ¤us so that they can actually make this themselves to vastly improve their product.InstructionsI printed it on a Makerbot Replicator using ABS, with 35% infill. All parts are in a single STL file (I've provided the .scad to make it easy to tinker with as well). To assemble, first attach the holster (big C) to the swing-arm plug (little O-with-a-notch) with a bolt and a wingnut, placing them so that the tab on the plug mates with the cutout on the holster. Then, slip the two retention clips (rectangle parts) through the notch in the swing-arm plug such that the little notch inside is on top and facing inside the ring (so that it mates with the top part of the flange) and move them towards the front. Place the swing-arm plug into the swing-arm (with the flange on top, obviously) and then turn the retention clips to attach the clip more securely to the swing-arm. The notch should snap into place over the flange. You might also place a bit of putty or a rubber washer between the two tabs, and maybe some putty outside of the swing-arm plug for a slightly better fit. It's up to you. 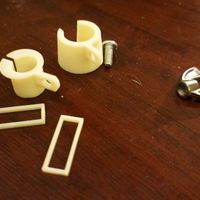 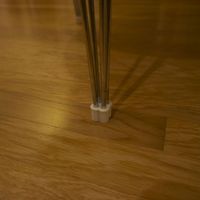 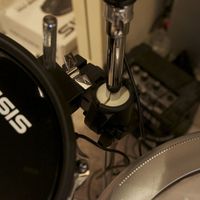