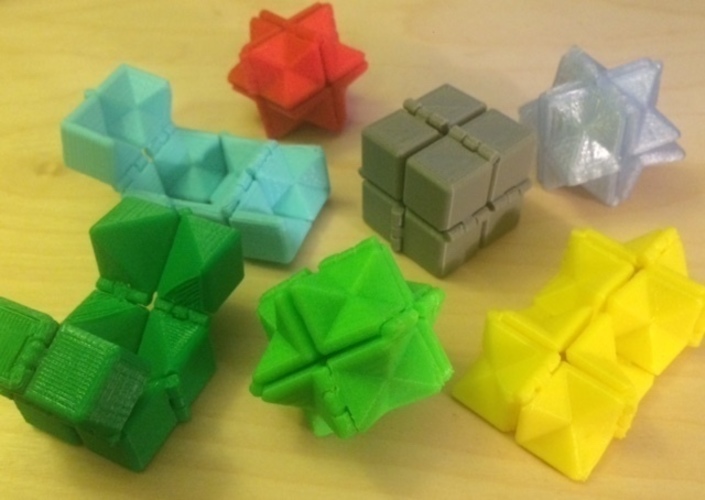 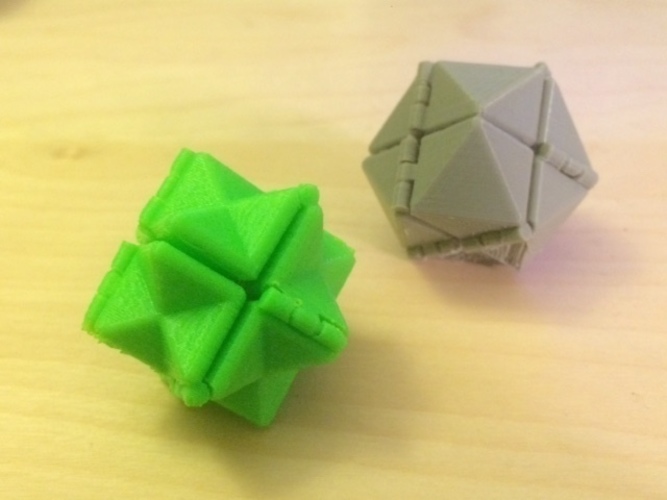 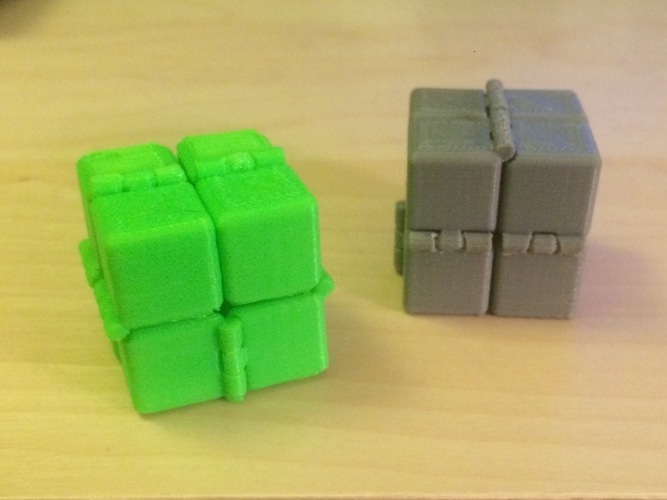 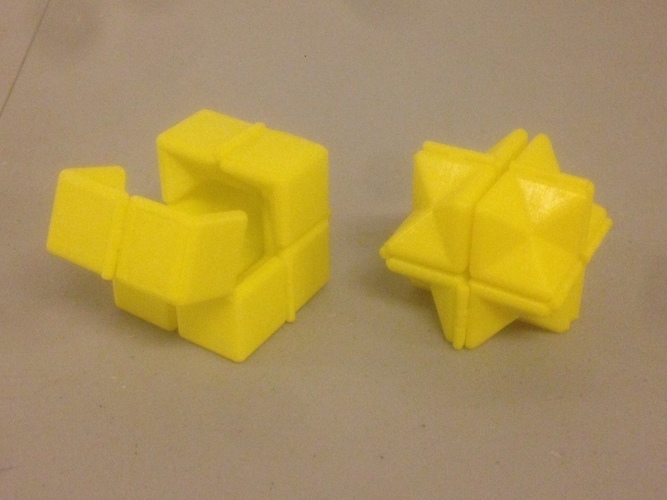 Open, close, repeat. One way it's a box and the other way it's a star. Then a box. Then a star. Repeat the repeat.

This hinged print-in-place model is a remix of the Fidget Cube. It 3D prints fully assembled, in one piece, folded up! A snub version is also included for those who like the old school fidget. For the design geeks: Thanks to Greg Knapp, who used Blender to fold up the original Fidget Cube model and print it as a closed cube. His YouTube video inspired me to do the same thing in OpenSCAD code so that the Fidget Cube could be printed as a closed cube. The remix gave me the opportunity to make the snub side of the fidget a more interesting star shape.

For the math geeks: The "star" is a stellated rhombic dodecahedron, and this model makes up half of a Yoshimoto cube.

The Challenge has begun! atartanian vs. mathgrrl 1 design per week, winner take all. Thanks to atartanian for challenging me to get back on track and post a design a week. Speaking of tracks, check out his entry for this week: Cutomizable Flexible Toy Train Tracks. Let us know what you think in the comments!

If you choose one of the "closed" designs then it will print folded up, with the cube side out. After printing you'll be able to open it up and see the star. If the closed version doesn't work on your printer, then try the "standing" assembly instead, which prints while folded open. If you need to make other adjustments to size or clearances, try the Customizer version. If you want to print this model larger or smaller, then don't just scale up or down the model as a whole. Instead, use the Cusomizer to change the cube height, but preserve the hinge size. I've found that a hinge clearance of .48 is optimal for MakerBot Replicator 3D printers. Other printers may need more or less hinge clearance. If your hinges are fused together, first make sure that you've turned supports OFF. After that you might try adjusting hinge clearance. After printing, horizontal hinges will sometimes have some sag underneath; clipping this off before attempting to open the model will help increase your chances of success.

This design and all associated pictures and files are licensed under the Creative Commons Attribution Non-Commercial Share Alike license. If you want to use designs, images, or files outside of the terms of this license, please email [email protected]

Designs in To Print 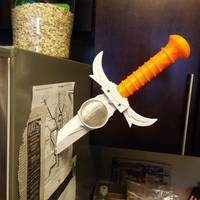 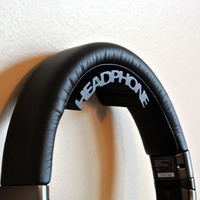 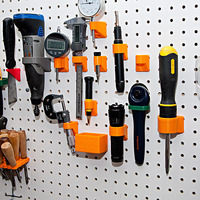 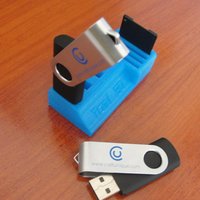 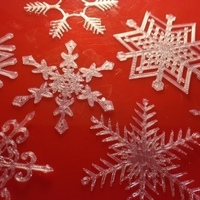 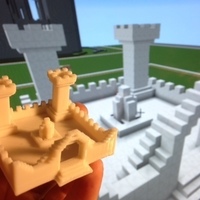 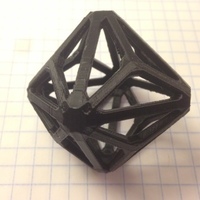 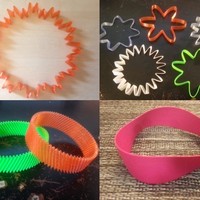