Remix currently needs heads and limbs to mobilize the handful of C.O.R.E.s he has on his starship. The priority is to get these MakerTron C.O.R.E.s up and running so torso designs are not yet necessary. To kickstart the MakerTron re-population, design one or more of these robot parts:

These parts must successfully interface with the MakerTron C.O.R.E. 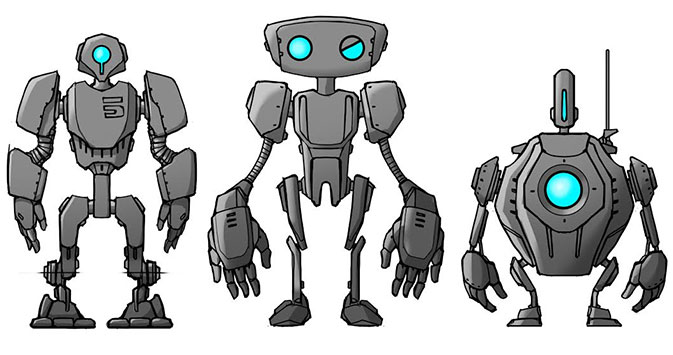 Your head, pair of arms or pair of legs need to be compatible with the MakerTron C.O.R.E, so our friends at Mold3D have created some tutorials to help you out.

First, this tutorial video on Design Sketching can get you started with the creation of your new body parts. After that, you’ll need to scale your part so that it properly fits on the C.O.R.E, as explained in the video on this page.

Design and submit a MakerTron body part for a chance to help the MakerTron rebuild and you could win $3800+ worth of incredible prizes!

Designs will be judged on the following criteria:

NOTE: Significantly more points will be given to entries that include all 3 components (head, arms, legs).

How do I enter the challenge?

Submit an original 3D printable design of a head, pair of legs or pair of arms that is compatible with the MakerTron C.O.R.E. to Pinshape and make sure to check the “Submit this model to the MakerTron Design Contest” box on the upload form.

Yes you can. If it isn’t on Pinshape yet and it is something you’ve designed, it’s fair game! Keep in mind though, we are looking for designs that will be compatible with the MakerTron C.O.R.E, so almost any existing design will need to be modified.

When/how will the winner be announced?

Does it matter if the designs are free or if I set a price?

Due to the collaborative, community nature of this project, we strongly encourage you to share your designs for free. If you choose to sell your work, you must not include the MakerTron C.O.R.E., only files you have personally designed.