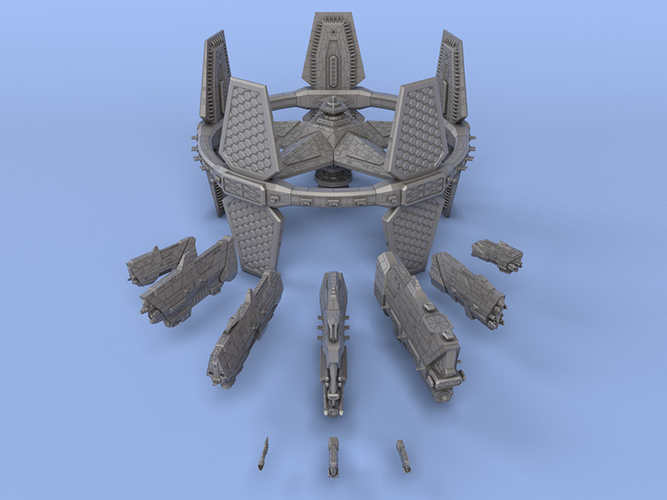 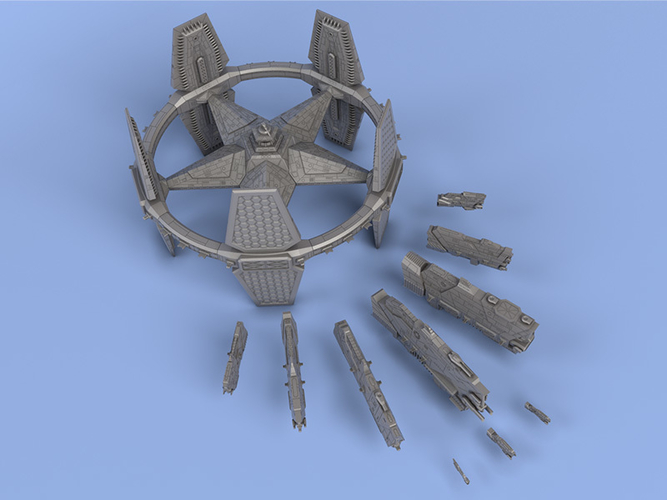 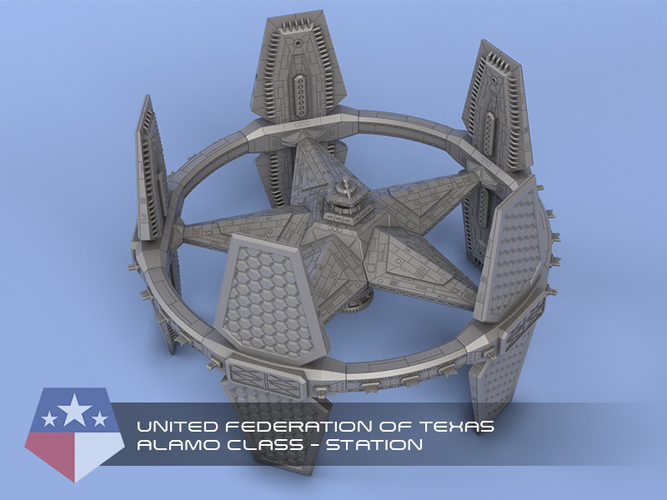 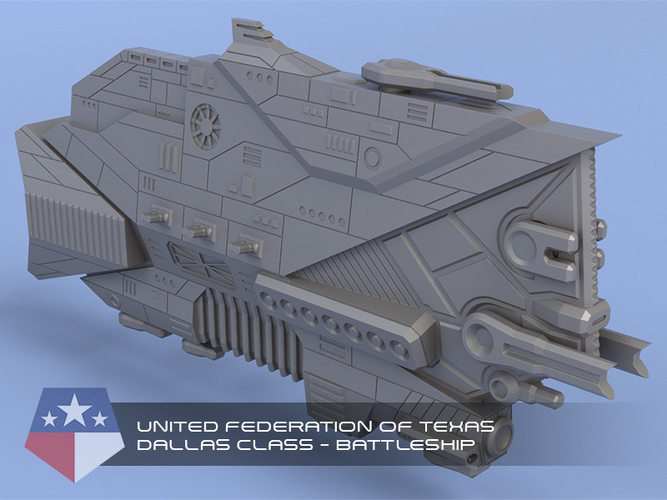 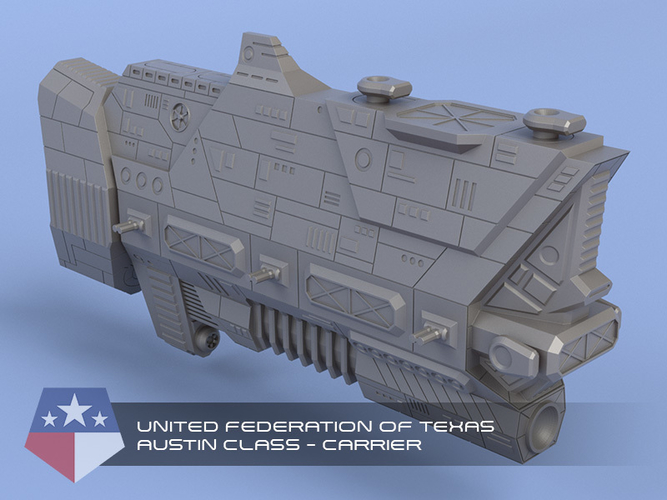 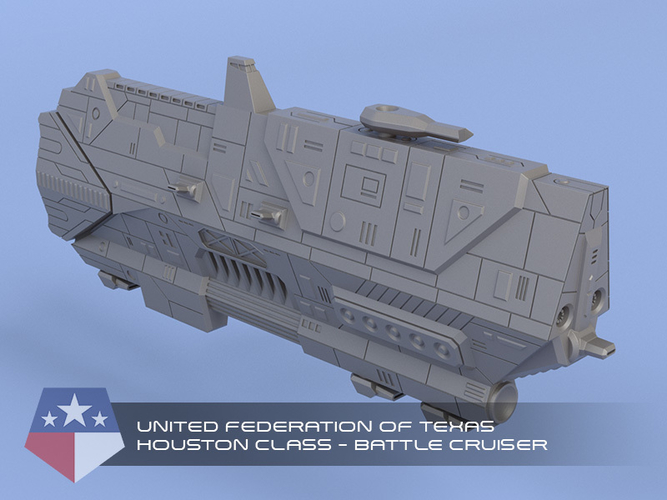 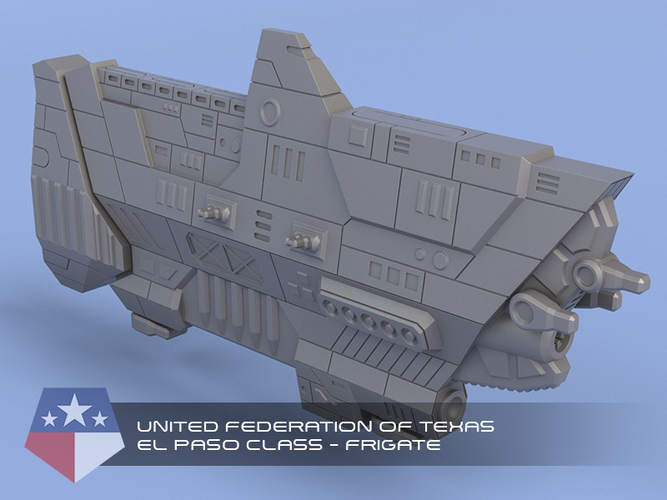 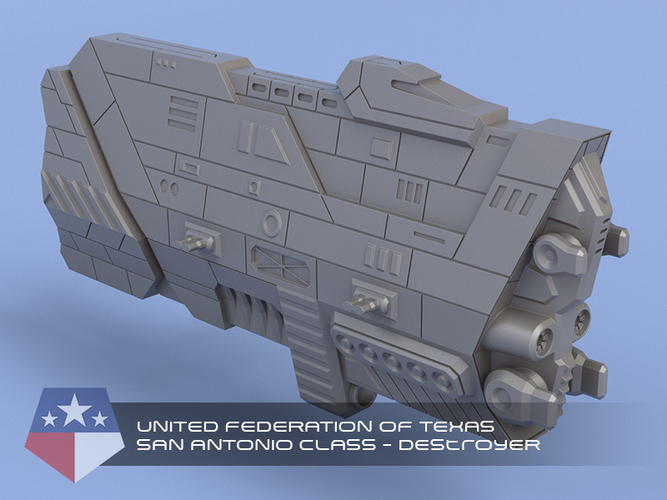 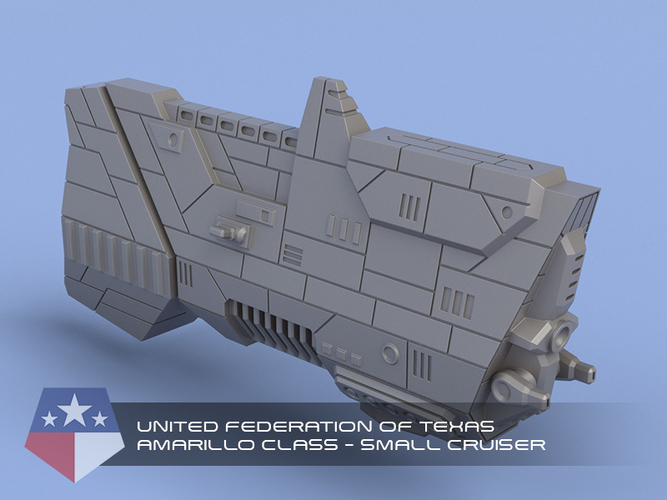 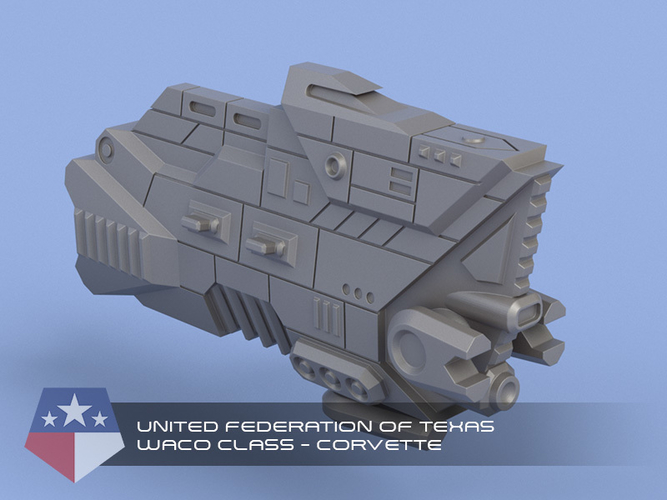 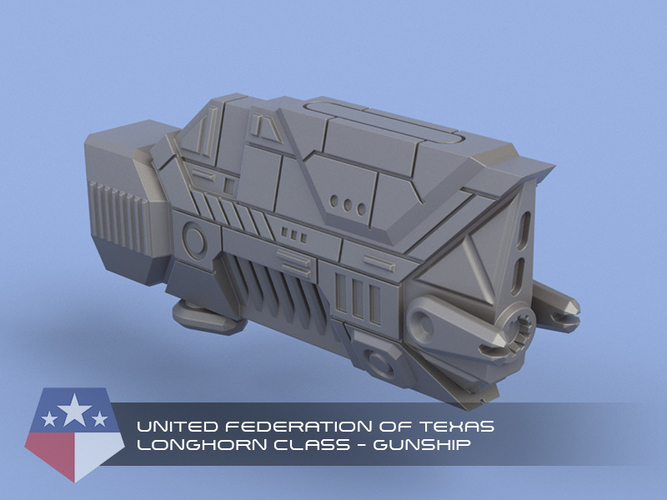 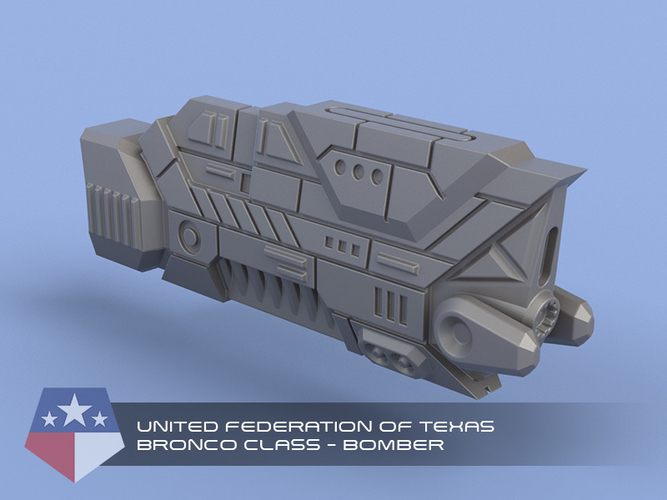 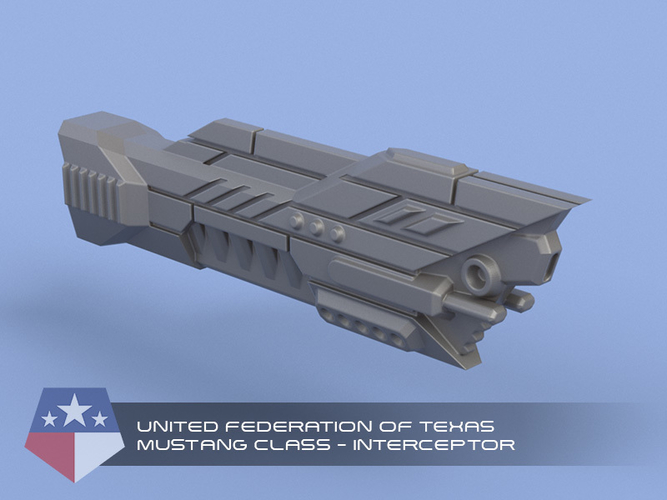 The Lore: In the early 21st Century, in the midst of political and economic turmoil, the state of Texas officially seceded from the United States.  Bolstered by a vibrant economy and already possessing a working space program, they were one of the few early space powers when humans began to reach out into the solar system.  With the advent of faster than light travel, the colonial relocation of Texas to Deep Space established them as a contender for galactic expansion.

This set of models was developed for use with the tabletop space warfare game, Full Thrust, although it is compatible with the Star Wars Armada system.  It is fully compatible with my Course Heading Stand, also for purchase on Pinshape.  The small craft have a 2mm peg attached to their bases for mounting.  Additionally, the non-keyholed models have been included.  I've include two model files of the "keyhole" attachment point in case you want to scale the models down for your printer.  These have all been scaled to and successfully printed using an Ender 3 using a raft and supports.  These were mainly designed for fun for our personal games, but feel free to use them as you wish.

No Derivatives
Purchase
Report this design
51190 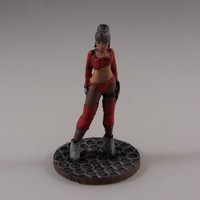 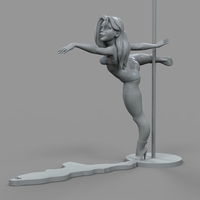 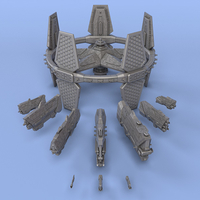 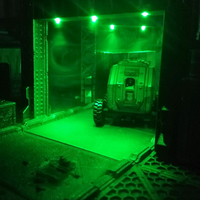 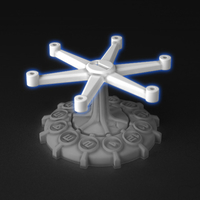 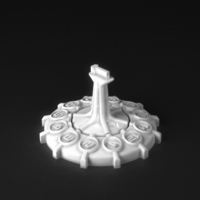 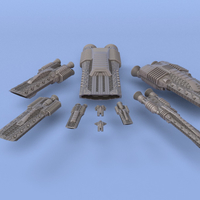