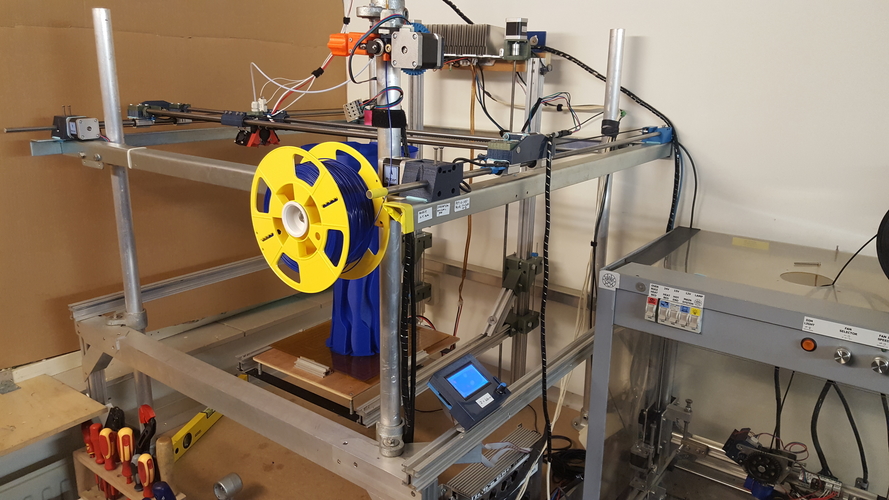 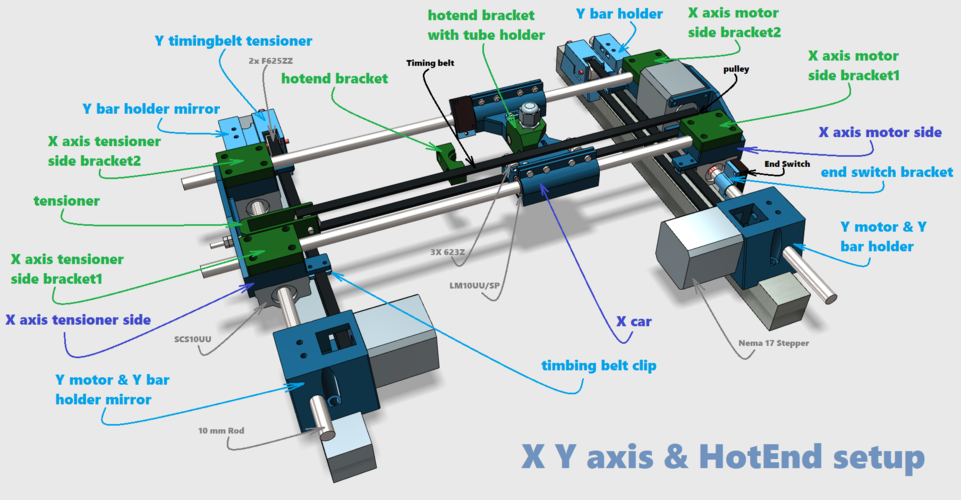 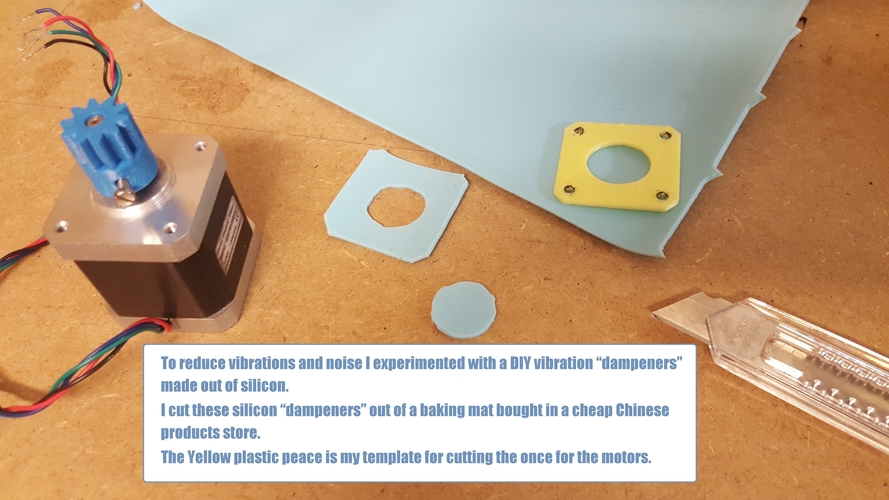 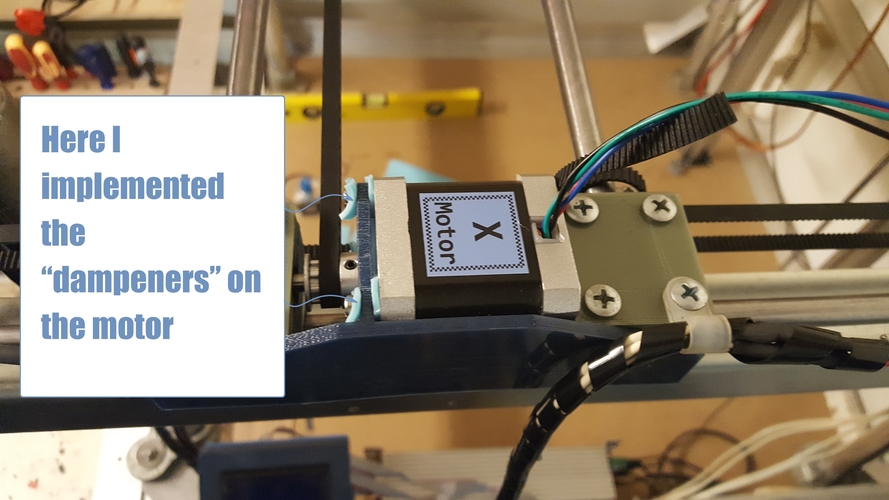 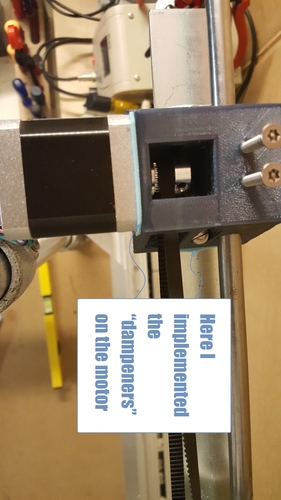 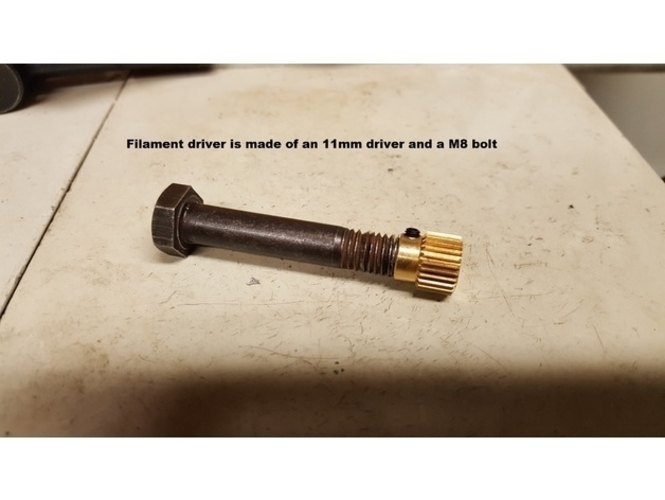 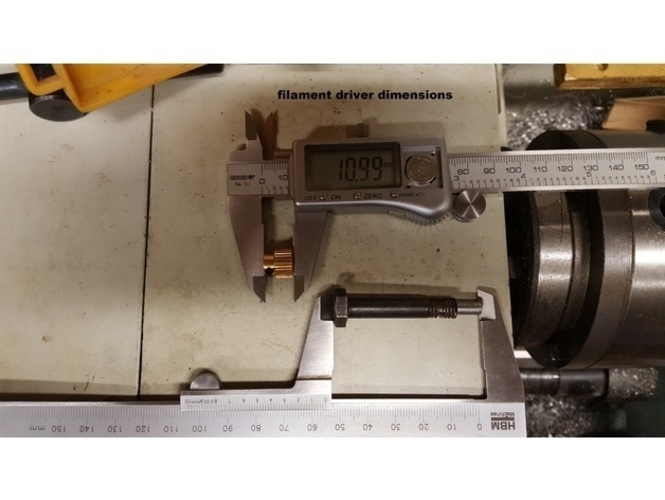 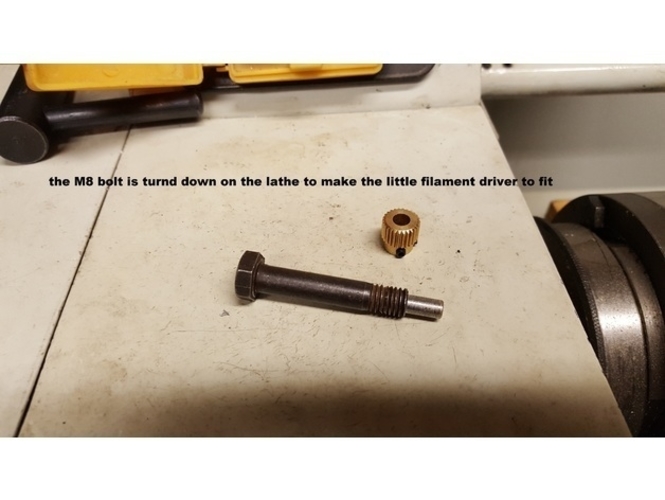 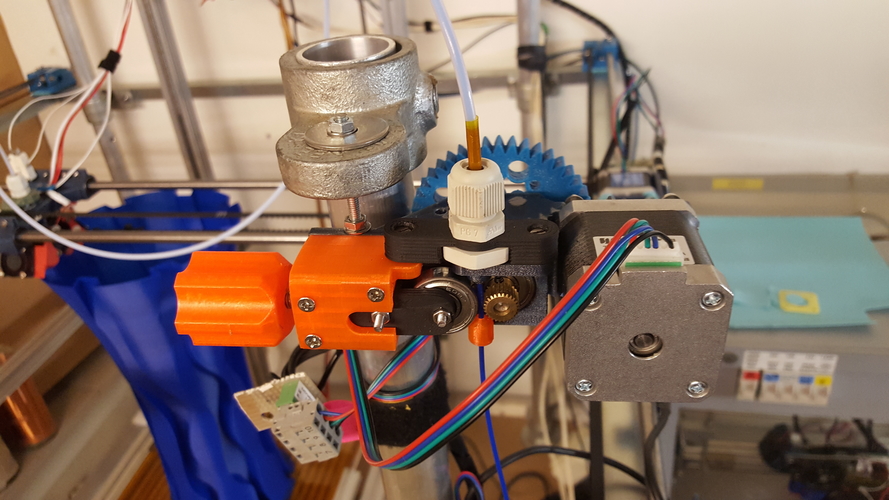 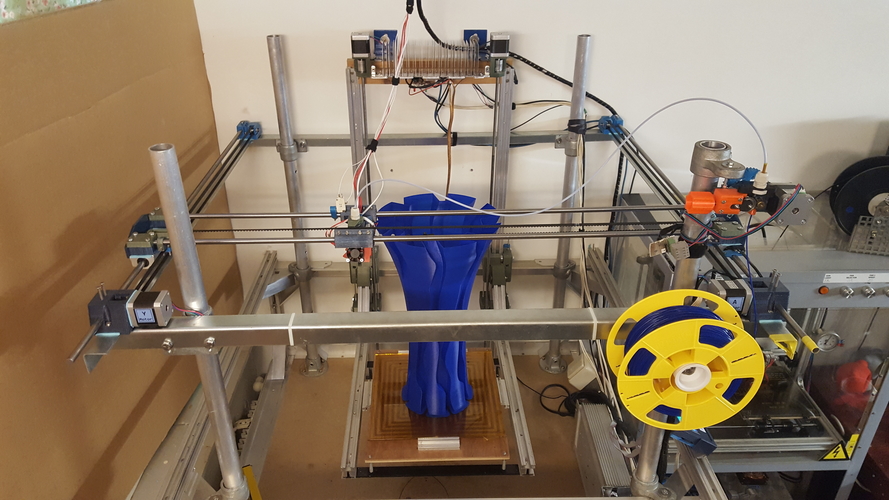 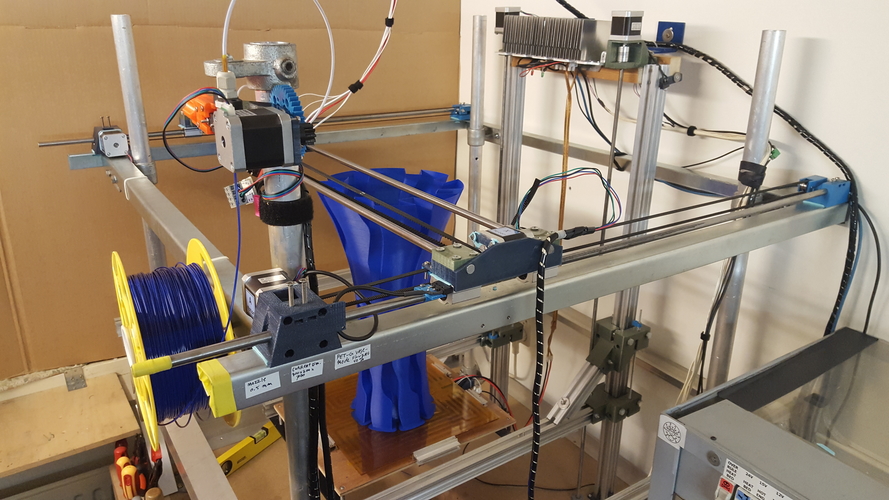 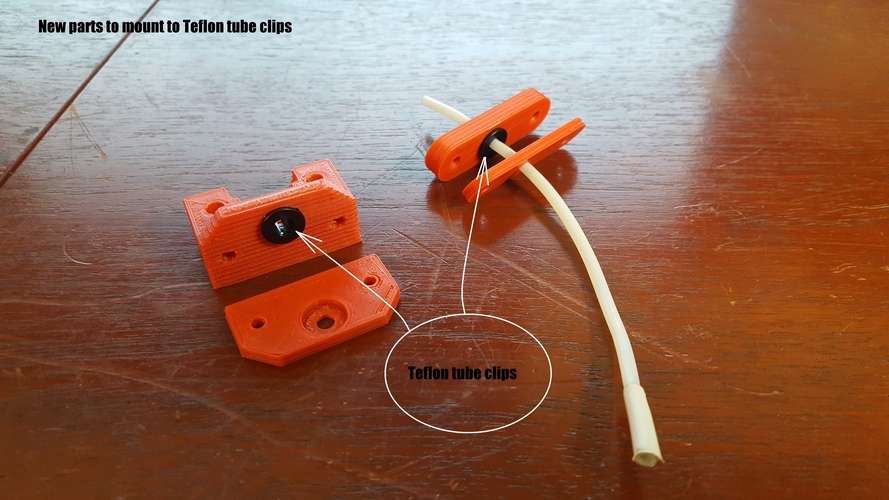 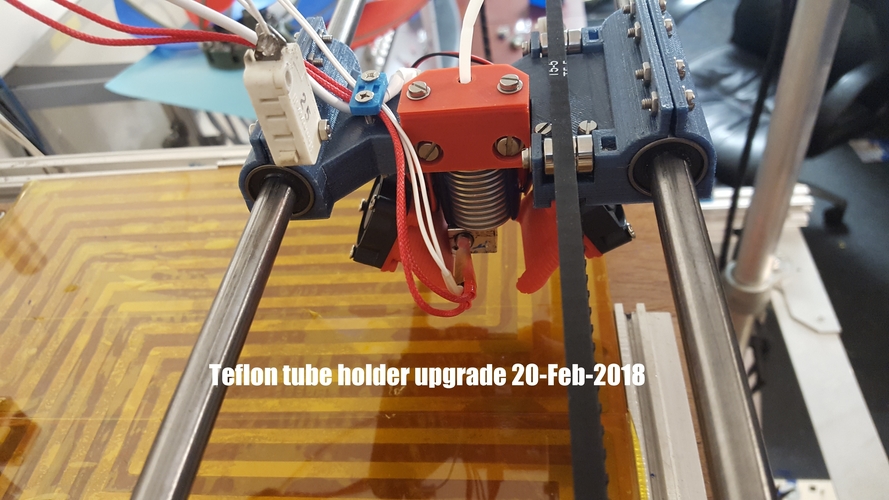 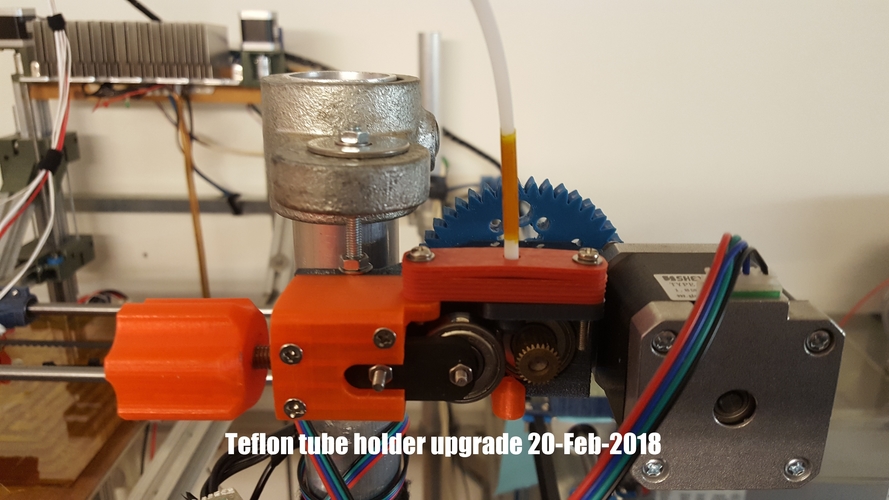 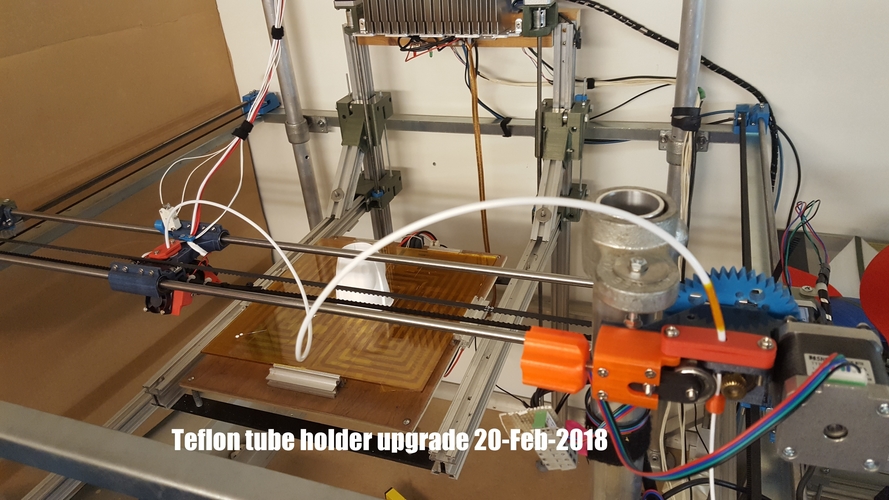 This 3D printer is a modification of the Big DIY 3D Printer. I decided to make a new thing of it because I changed so much.

The idea of this printer is to make it with materials you already have to keep it cheap.

Basically a 3D printer is an X, Y and Z axis. This model is an X and Y axis that can be brought up as high as you want, and so making it bigger on the Z axis. In my example I made an Z axis from extruded aluminum lengths (30x33mm) and 608Z bearings I had. I included the files for the Z axis also if you want to make the Z axis this way. The X and Y axis can also be made as long as you want. The length is determent by the length of 10mm rods you use. My rods are 1000mm long. In my case that means the maximum length of X and Y are 835mm by 710mm. My Z hight is 680mm at the moment because the aluminum lengths I have are not any longer. But If they where I would make the Z axis 2 meter :-) .

But the reason for the upgrade is that a big printer has it's issues. Printing big objects means that it will take a lot of time. So you want to speed it up. But then vibrations and sound will be much stronger. Also the longer your rods are the more vibrations you will get. (I'm thinking of using these carbon fiber ones because they are much stiffer, they say). So to make these effects less, I made this much lighter X axis and X car setup. Now the X car can move much faster with less vibrations. With PLA and PET-G this setup works much better than the old one. I removed the geared extruder from the X car to the side using a DIY “Bowden setup”.

On the X car I only have a hot end and fans now. The fan brackets in red ABS are not of my own design but from RoPa here on Thingiverse : http://www.thingiverse.com/thing:1264477. I like this design and it fit's this minimalistic setup :-) .

To reduce vibrations and noise I experimented with a DIY vibration “dampeners” made out of silicon.

I cut these silicon “dampeners” out of a baking mat bought in a cheap Chinese products store. The Yellow plastic peace is my template for cutting the once for the motors. I know there are still direct contact areas from the motors to the rest of the printer frame. I didn’t fully isolate the mounting bolts. But for now the results are good. There is much less noise and vibrations and the print is good. :-)

The point where the timing belt was connected broke :-(

So I made this alternative repair part :-)

Also the original part is slightly modified. But If you got your one broken also this repair part may come in handy. I called the part “timing belt mounting point broken repair part1A & B.STL. Also the additional picture may explain more :-)

I made a new Extruder for this super DIY “bowden setup” :-).

My aim was to make it simple, strong and that the filament could be pressed super hard against the driver gear. Filament can be guided with a adjustable guide. For now I kept the gland nut, but included parts that can be adjusted for regular Teflon tube holders. On the printer on the pictures the gland nut works really well. This extruder en tube setup has made the print test of 20 hours. But on another printer of mine the gland nut works not so good. It's because that one prints with much higher speeds (60mm/s and higher) and than the gland nut does not hold so good anymore. I found that it does help to put Katon tape one the tube :-) I am still experimenting with other tube holder methods :-)

The little filament driver (11mm diameter) is mounted on an M8x50mm bolt I had lying around. On the lathe I turned the end of this M8 bolt down to 5mm so the driver can be mounted on it. See pictures

For the Z axis setup you need:

8x M3x20mm bolt and nuts are optional if you use the M8 converter part.

For the Controller You need:

the blue and green parts are printed in PET-G resolution 0,2mm

If you have any questions feel free to ask :-) 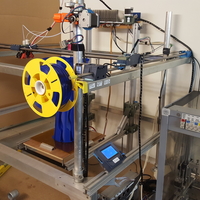 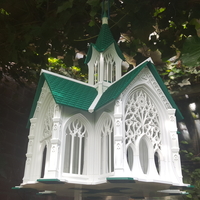 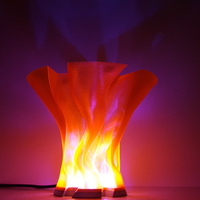 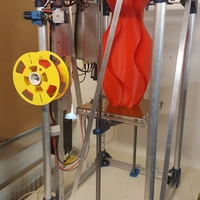