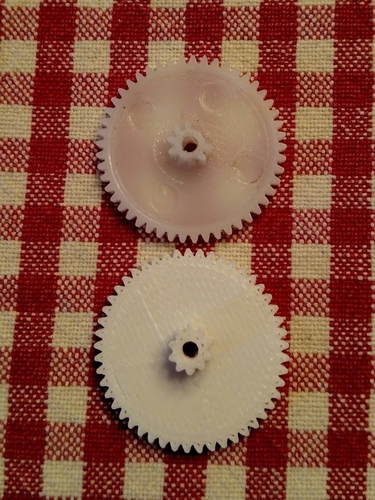 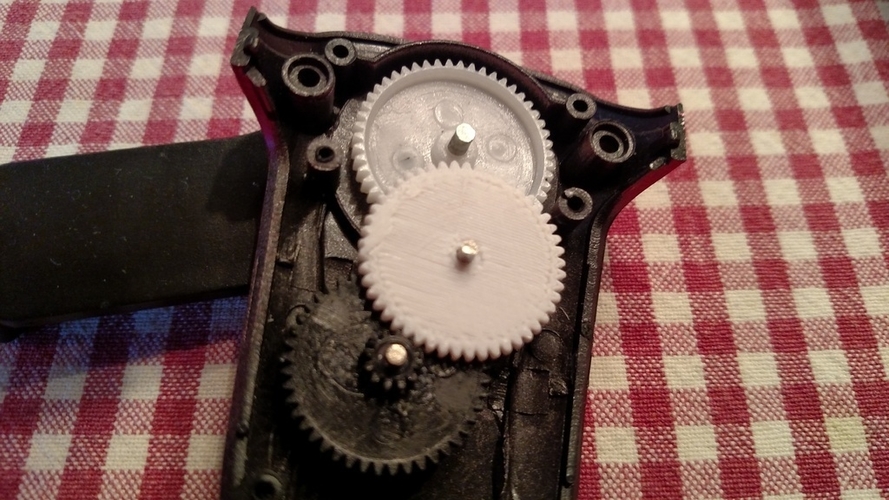 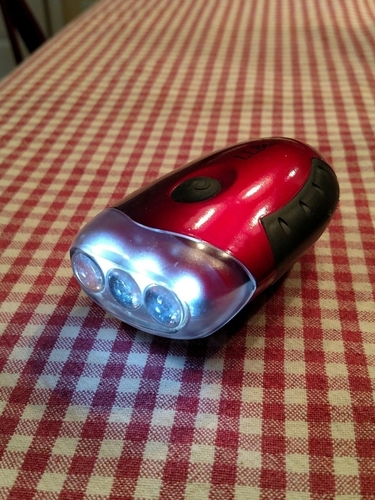 Summary A few years ago, one of my L.L. Bean mini-crank 3 LED flashlights broke. I own several because I hate using disposable batteries. I could no longer wind the crank to charge the flashlight. After taking it apart, I found that the center gear had some teeth broken off. I always figured that I could fix it somehow. So I put it away for another day. Years later, I get my 3D printer, and figure that now is my chance. I take measurements off the broken gear, and using the gear add-on in Blender, I was able to make something that looked very close. The outer teeth were perfect, but the inner teeth did not quite come out right due to their small size. I made a few adjustments, and finally got a gear that worked smoothly after about three tries. I fixed it! Amazingly, after about a month, one of the other flashlights broke in the same way. I simply got the STL file from before, and printed out another new gear. Print Settings Printer Brand: FlashForge Printer: Creator Pro Rafts: No Supports: No Infill: 100% Notes: The small size of the teeth on the inner gear made it difficult to have them come out with the correct size due to the resolution of my printer/slicer combination. I just made them larger and longer until what came out of the printer worked. How I Designed This Blender gear addon. I was able to get the necessary measurements off the damaged gear. 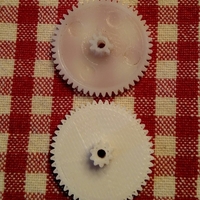 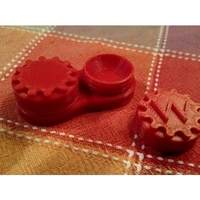 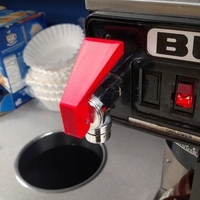 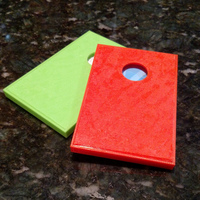