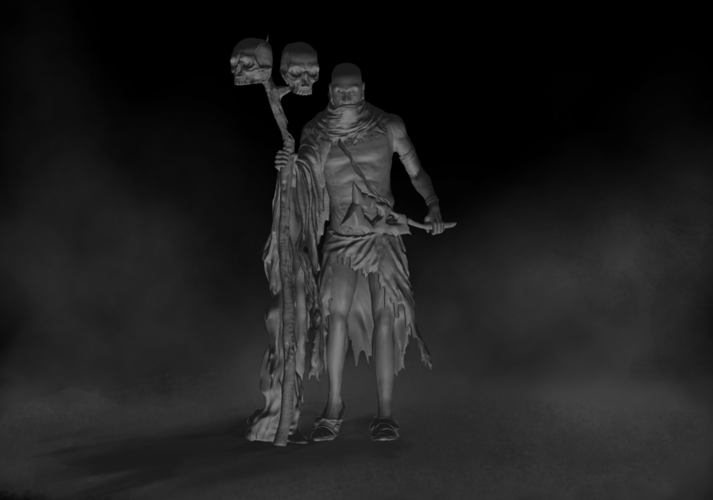 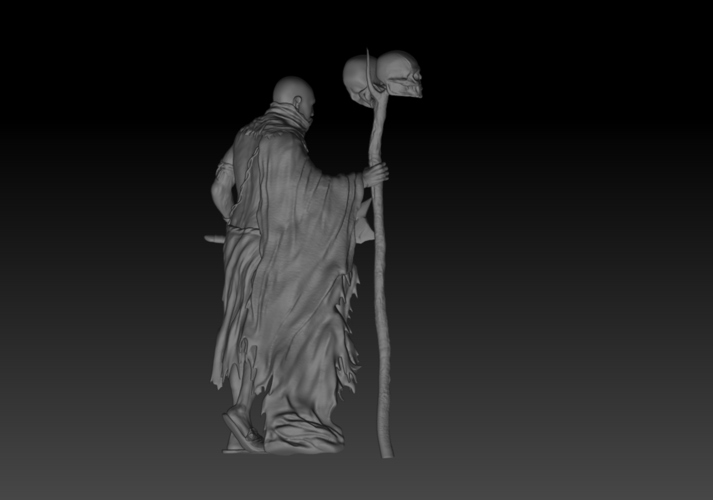 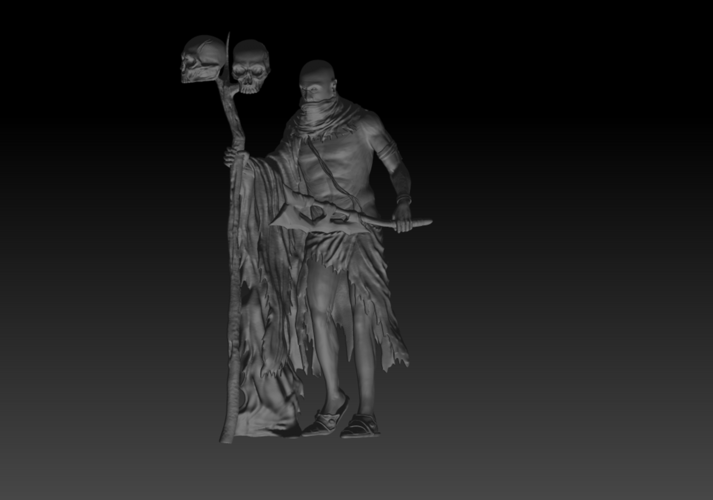 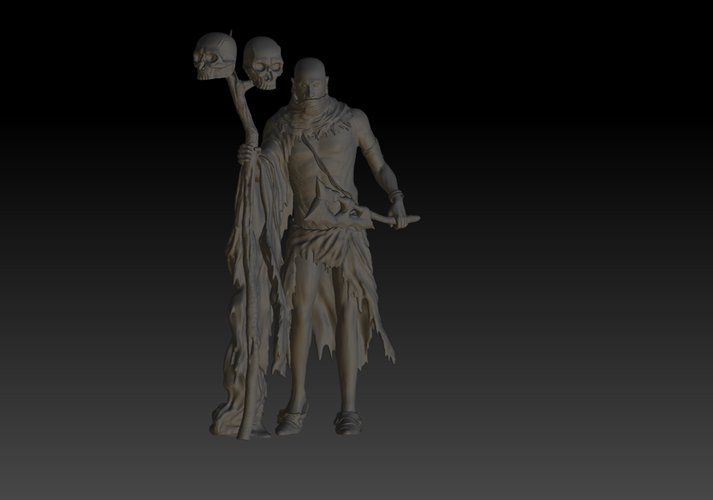 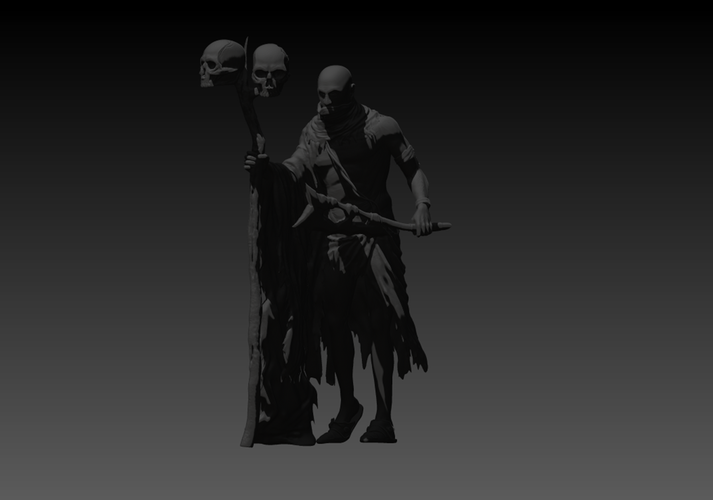 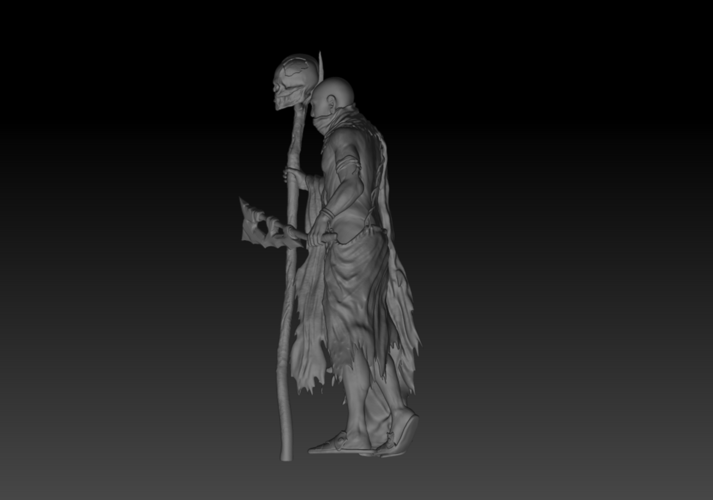 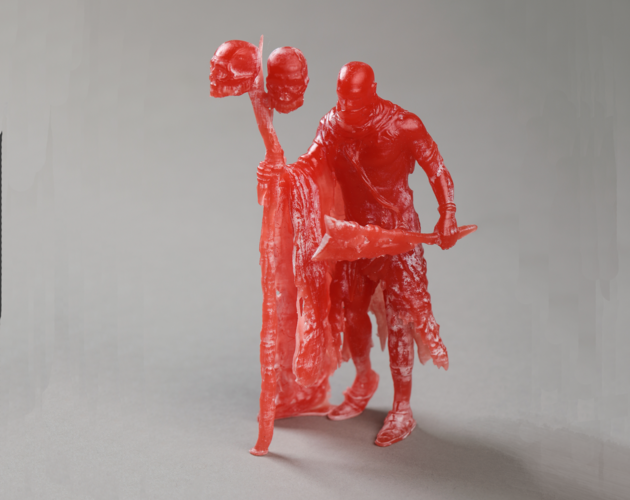 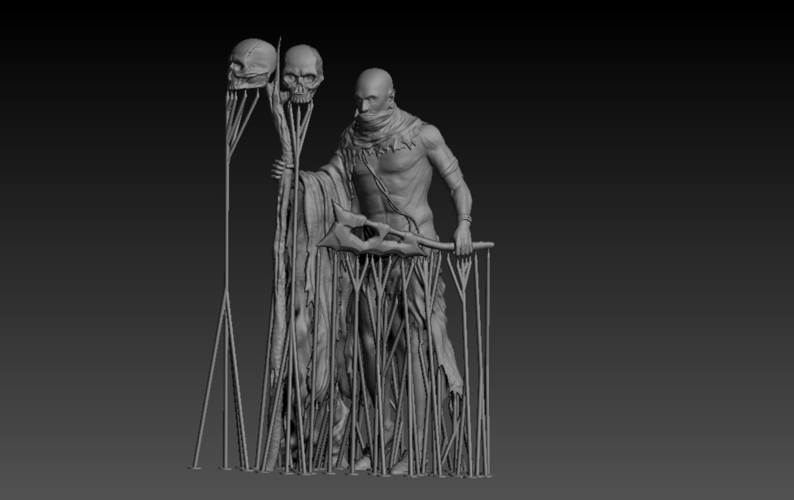 The character was designed and modeled with the idea of preserving the human roots when everything and everyone will be surrounded by technology. The Wanderer intents to keep the first duty humans had, which is to be a traveler and inspect new "worlds".

In that sense, the character reflects a man who walks around the earth, searching for food, hunting, and surviving. He wears rags due to many fights he had during his journey, also he wears a robe to avoid wind and sand in the desert.

Two skulls are his trophies for two fights he had years ago against two half-machine, half-human warriors. He shows them on top of his walking stick in order to show that humans will survive to AI.

This character was printed with resina and UV reactions.

On the other hand, the 3D character by itself was added as well. The files are ( the_wanderer.obj or The_Wanderer.stl )

For printing, the configurations are these:

Due to the printer dimensions (WanHao Duplicator 7) the character cannot be higher than 11 cm height. 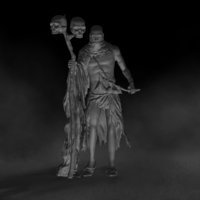