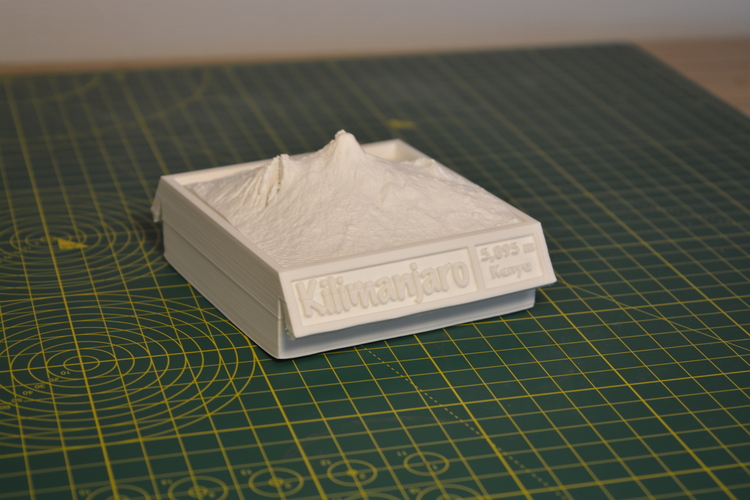 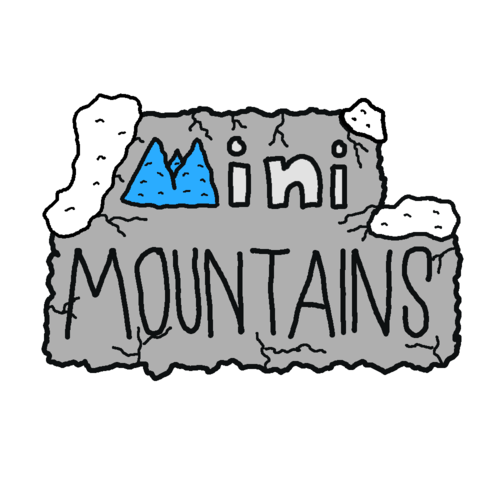 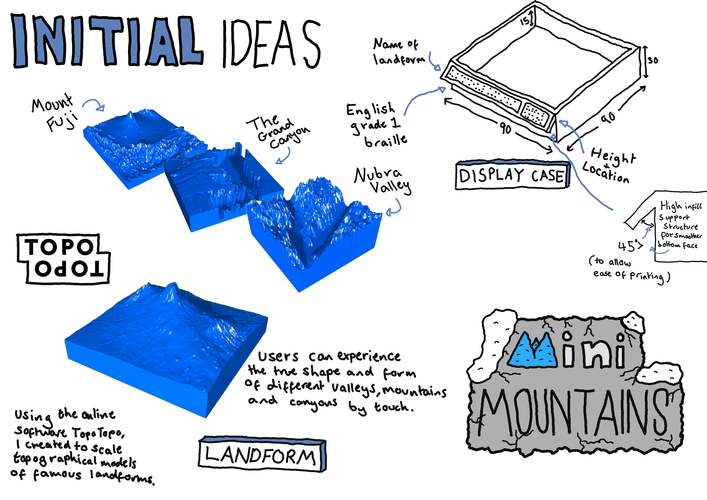 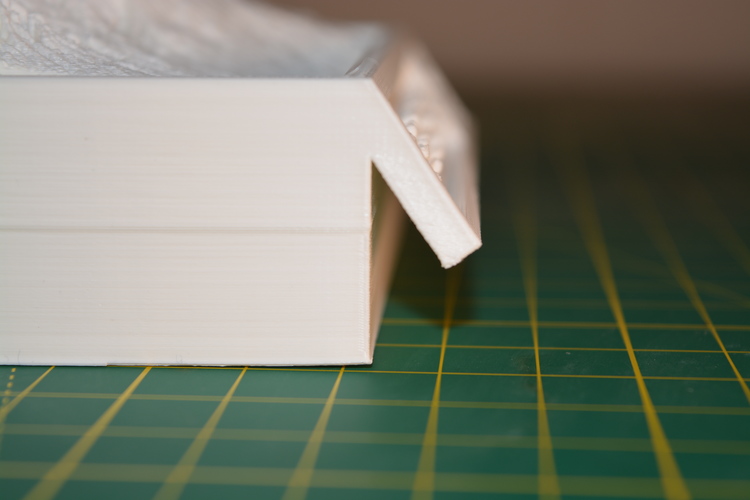 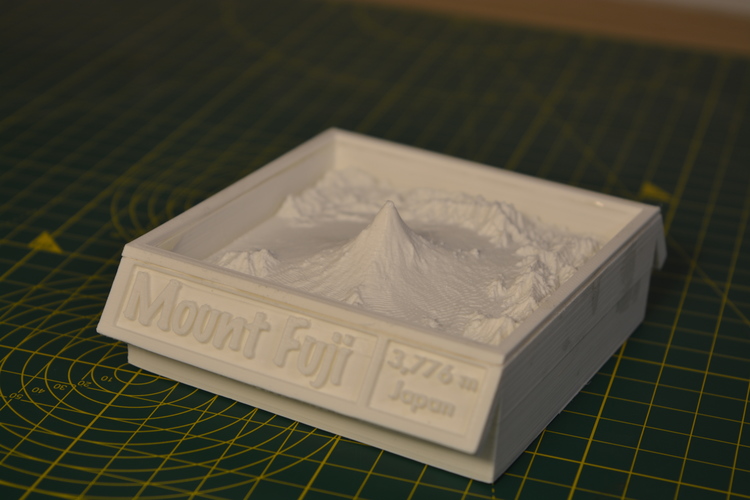 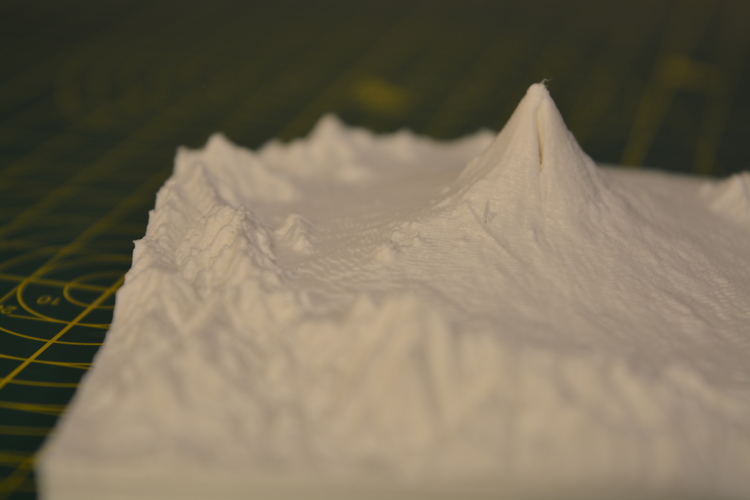 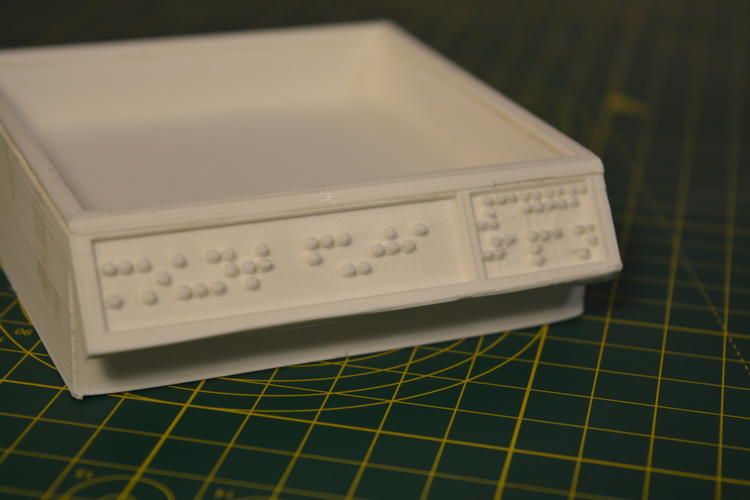 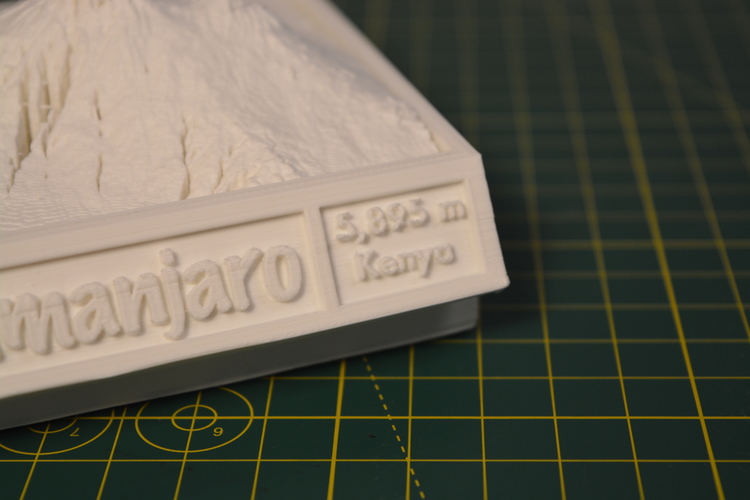 Mini Mountains are topographically accurate, to scale models of landforms from around the globe. Each model is presented in a display case giving key information: the name of the landform, the height and its location. This is displayed in clear text on one side and in UK Grade 1 braille on the other, raised 2mm from the surface.

The idea behind the design was to give a tactile experience of different types of landforms in a classroom environment to visually impaired users. It gives a blind person the opportunity to compare different geography; with each model being to scale the different landforms can show the differences in incline, surrounding areas, heights and so on, bringing the real world to the hands of everyone.

The topographical model was created using TopoTopo software online, and then downloaded and converted to an STL file. After this the model was sliced using Cura with 0.15mm layer height at 40mm/s speeds and scaled down to 82mm width to fit in its display casing, I also utilised a brim to make removing the print easier. I printed in white PLA using a RepRap Prusa i3 mendel, despite the intricacy of the model the final print was very good quality.

I used Autodesk's Fusion 360 to model the casing, making one half of the case and then using the mirror tool. I made sure the text panel was angled less than 45 degrees so that printing on the support structure was less problematic, using a high infill support I achieved a smooth face on the back of the panel that I was very pleased with. To design the braille I made an array of circles on the panel face each 2x3 which I could then select in the corresponding patterns from a text to braille translator, I used Grade 1 UK braille. To make the braille more tactile I simulated the embossed paper type braille by filleting each extruded cylinder. I made sure that these extrusions were also at angle that could be printed with good detail. I also printed this with 15mm layer height and 40mm/s print speed. Again the print came out ideally first time around.

In the future I would like to expand the range to different locations; the possibilities are endless. Landforms like the Grand Canyon, Nubra Valley and Mount Etna are all within reach.