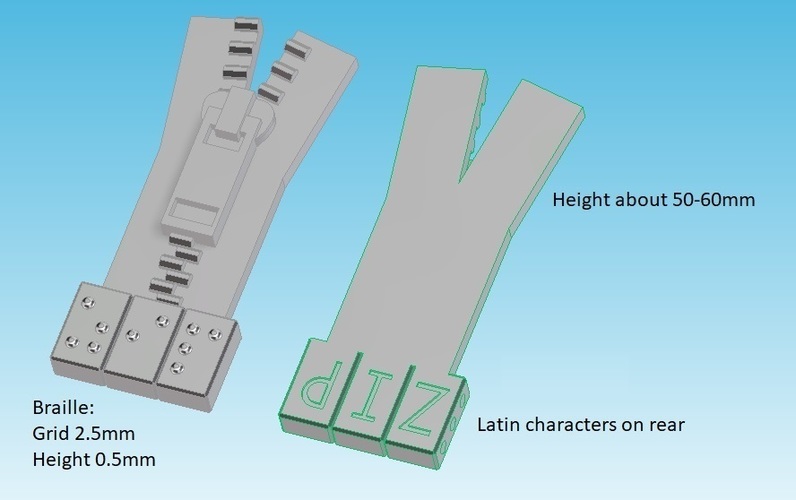 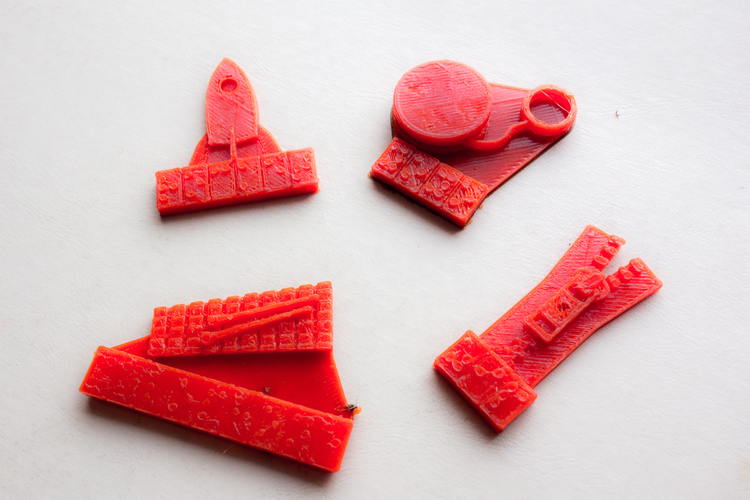 A "touch" version of a children's alphabet. It has a picture in relief with the name of the object beneath.

All of these have braille on the front and a translation is found on the back for people who can see and can not read braille.  The alphabet is partly based on existing children alphabets. Some words have been replaced so a "picture" could be used that is easier to recognize by touch. Like zip instead of zebra. This set is made for English.

The braille is done on a standard 2.5mm grid. If you need them bigger you can either use a 3D editor like 3D builder to enlarge the model or you can use the software that comes with the 3D printer for that. Because of the curves and braille you get the best result using a SLA/DLP printer. But with a FDM printer you will get a useable result too. It's best to print them with a layer thickness of 0.1 mm.

Tip: you can stick magnetic tape on them to use them as fridge magnets. 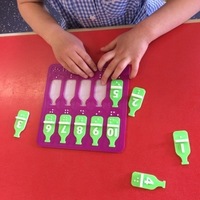 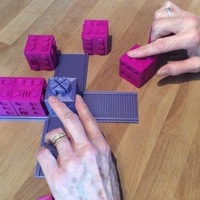 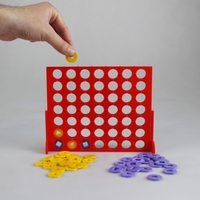 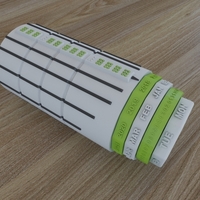 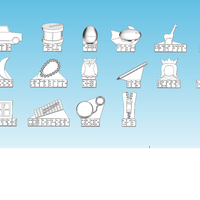 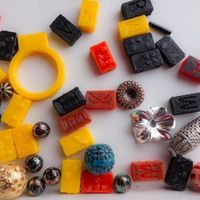 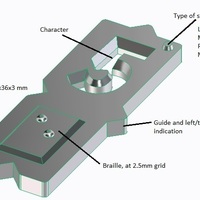 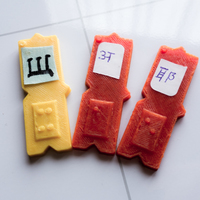