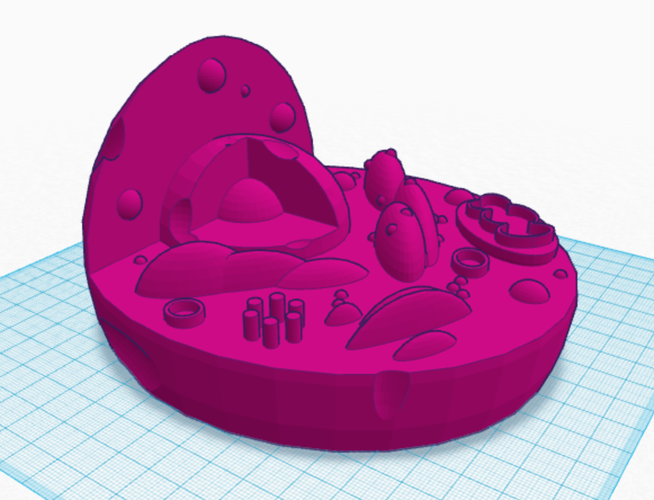 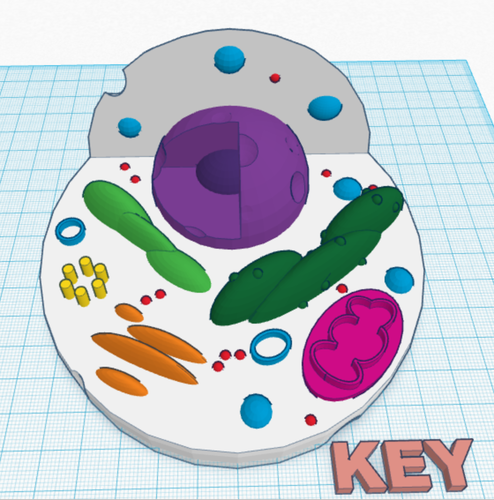 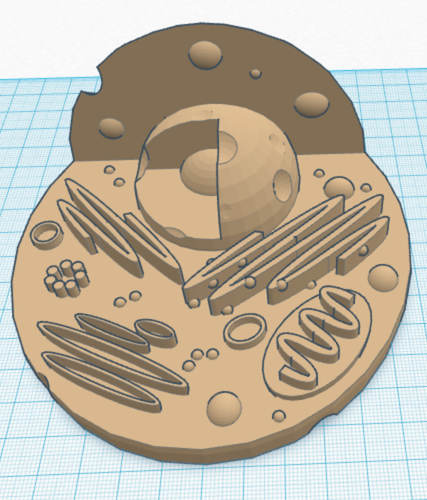 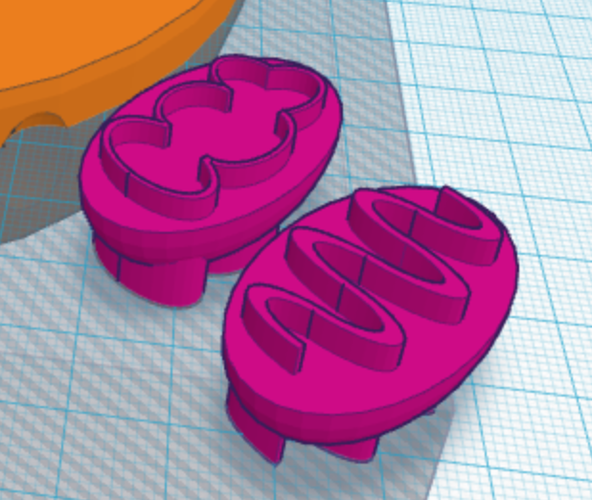 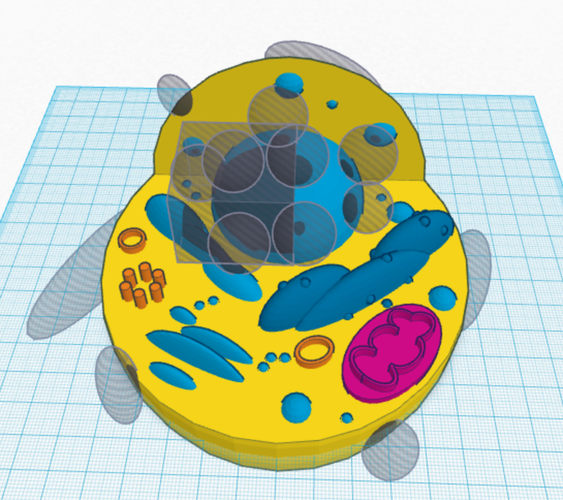 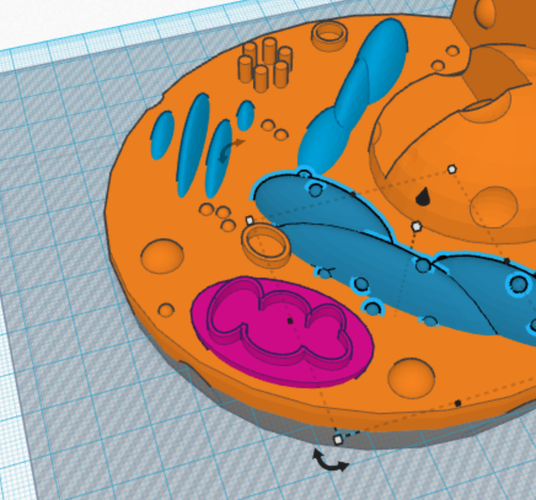 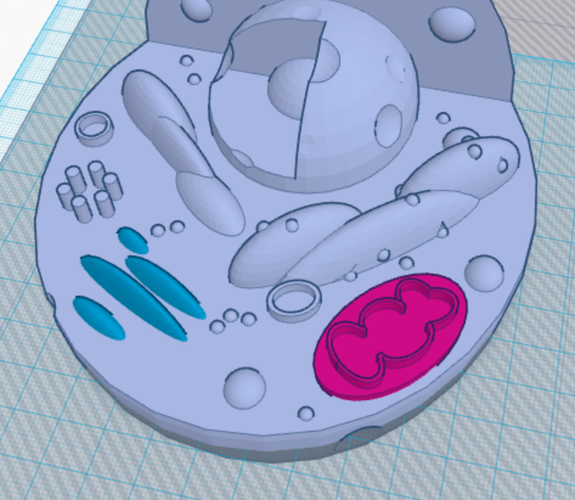 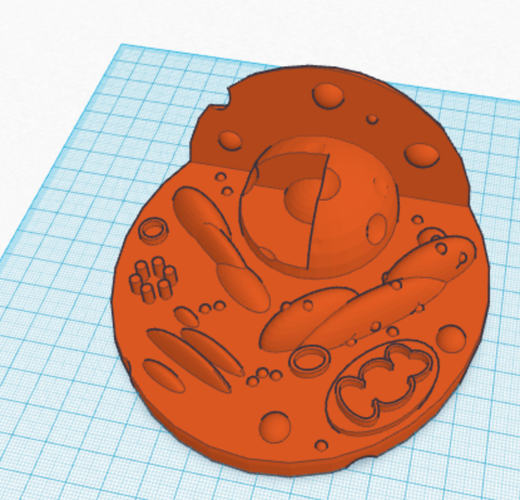 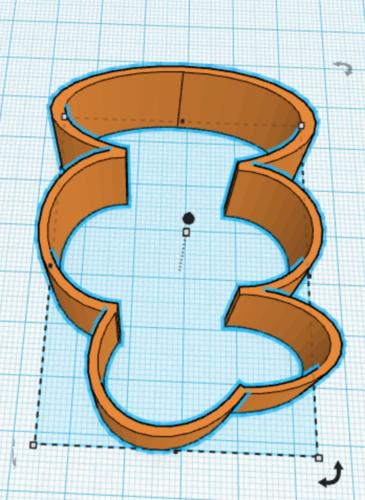 I have been interested in biology for most of my life, and one of the most important topics I have studied is the anatomy of cells. I think it is amazing to learn that our bodies are made up of so many tiny but highly complex functional structures.

In my experience, visualizing the structure of an animal cell has been very helpful in understanding the concept. The cell is a difficult object to conceptualize without some means of imagining the basic structures of its organelles and the way in which they are positioned. I have therefore created a three-dimensional model of an animal cell to aid in this conceptualization process. I hope this tactile model will help people with visual impairments to gain an understanding of the basic layout and structures of the cell.

My cell model includes at least one of each of the major organelles found in most animal cells. Note that the model is of a generalized animal cell and is not intended to represent a specific type of cell, e.g. a blood cell, a bone cell, etc. In the images, the final version of my design is colored pink. To identify the organelles, I ungrouped the cell model, colored the structures individually, and then took a screenshot.

In the image labeled “KEY,” the organelles are colored as follows: the nucleus is purple with the darker purple nucleolus at its center, the mitochondrion is pink, the centriole is yellow, the Golgi apparatus is orange, the ribosomes in the white cytoplasm are red, the rough endoplasmic reticulum is dark green, and the smooth endoplasmic reticulum is light green. The light blue objects in the cytoplasm are intended to be a combination of various kinds of vesicles, including lysosomes; I made some of them hollow to show that there is space inside of them, which could hold phagocytized substances, enzymes, etc.

I removed most of the bottom of the cell to make the model easier and quicker to print; the back and lower part of the model are rounded to indicate the more or less rounded shape of the whole cell. I included some indentations in the cell to show that it is not perfectly rounded; for instance, the indentation in the top left could indicate a place where substances are being phagocytized, or “eaten,” by the cell. The indentations in the outer part of the nucleus are the nuclear pores.

I have only just finished this design a couple days before the contest deadline, so I do not expect to be able to print it before the deadline. I have never tried to print anything so complicated before, so to be honest I do not know how it will come out. I still wanted to post it for the contest in case anyone might find it helpful.

This model is certainly the most complicated design I have ever done in Tinkercad. I was actually rather surprised and impressed to find just how much could be accomplished starting with basic geometric forms. I sincerely hope that this cell model will be a helpful educational tool. 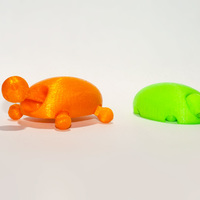 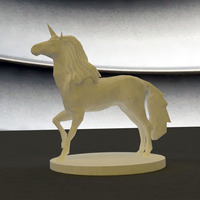 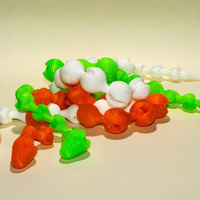 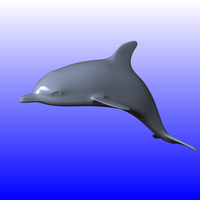 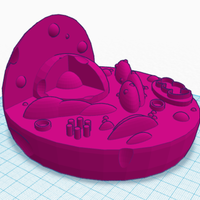 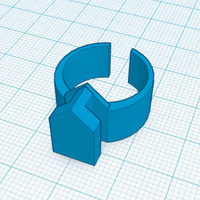