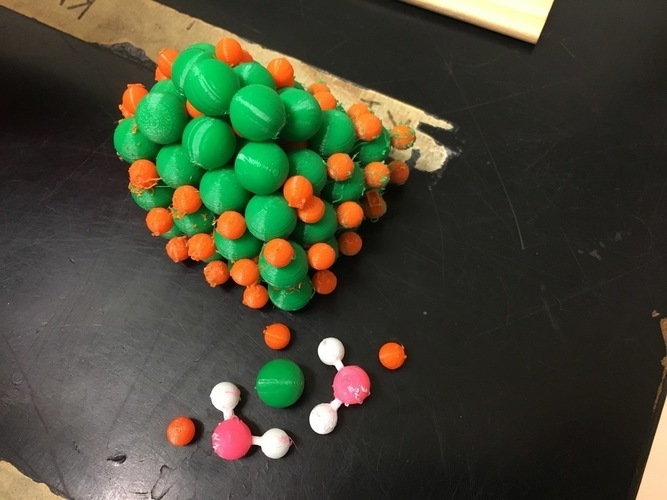 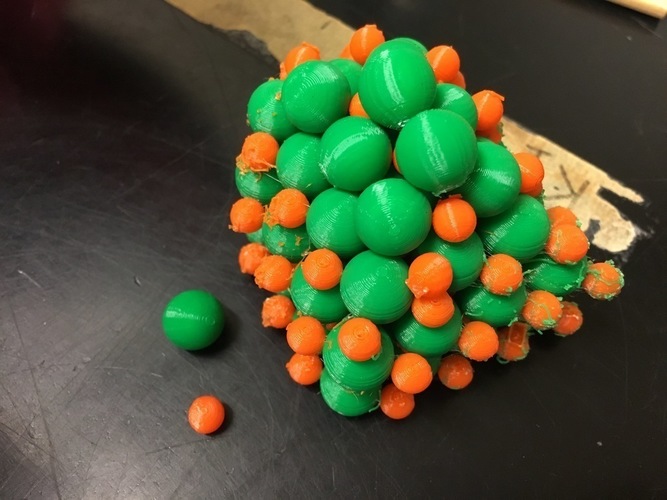 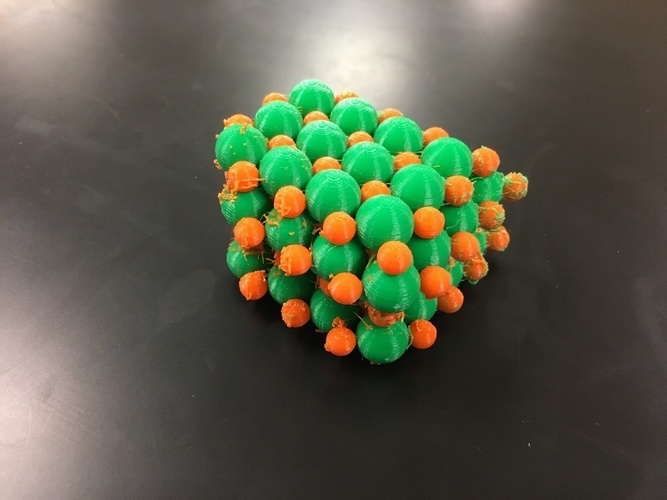 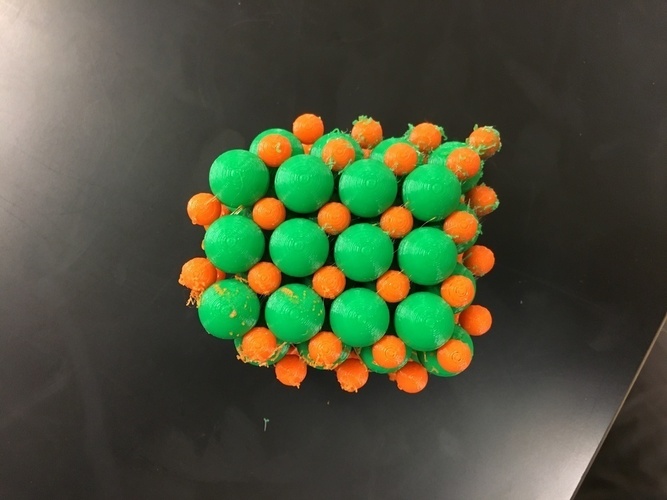 This model is designed to show how ionic compounds such as sodium chloride dissolve in water. The sodium (orange) ions, chlorine (green) ions, and water molecules are all to scale. The bulk crystal is face centered cubic. Separate ions can be printed and placed on top of the molecule in the same repeating structure. Using the included water molecules, the process of dissolving an ionic compound can be shown by removing the individual ions. Files are included to print the model on dual extruder printers (recommended) and single extruder printers. For a single extruder, the individual ions that are placed on top of the model can still be printed in separate colors. **Some of the sodium ions on the edge of the crystal may fall off when removing supports from the model. (If I move them farther into the chlorine it just looks weird).

Overview and Background Often times I find that students struggle to understand the concept of solubility on the particle level. This model can be used to demonstrate how an ionic compound separates into ions when dissolved. The model can also be used to do demonstrate the structure of ionic crystals. Students should be familiar with the differences between ionic and molecular compounds before using this model.

Lesson Plan and Activity Show students some table salt and ask what will occur when the compound is dropped in water. Discuss what occurs on the macro level (it dissolves) and then ask students to draw what they think will happen on the particle level. Show the model of sodium chloride already setup with one or more layers of the individual ion pieces on top. Pour some water on the model (by dropping the water molecules included in the set onto the model and knocking the individual ions off of the crystal. This can then lead to discussions about how the water molecules are interacting with positive and negative ions through ion-dipole forces, why the ions break apart, and about how the surface of the crystal must dissolve before the interior. Materials Needed No other materials are needed besides the model kit, although a document camera may be helpful in demonstrating how the model works. 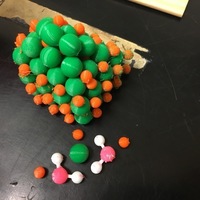 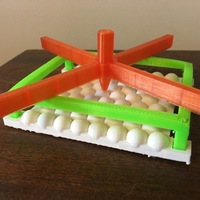 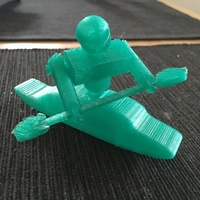 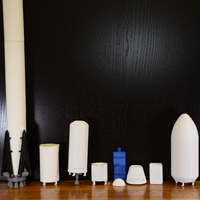