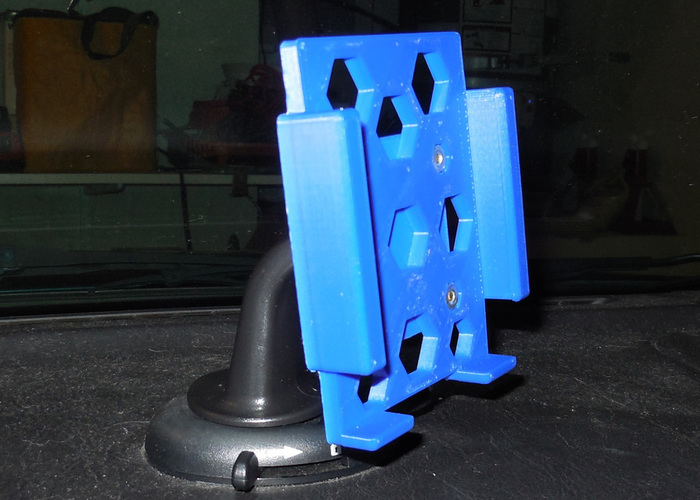 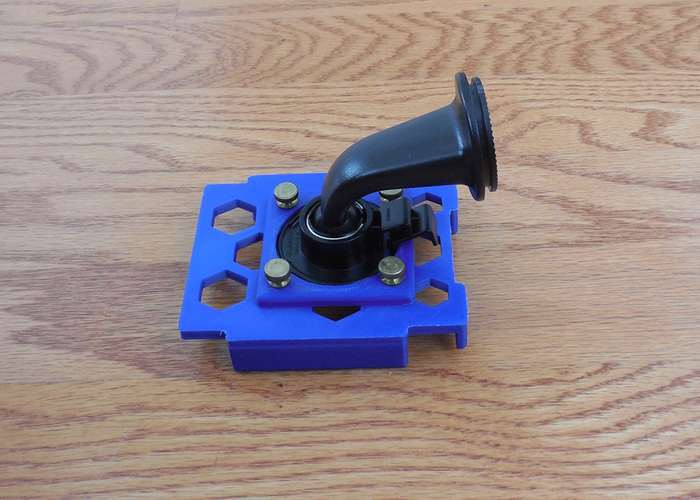 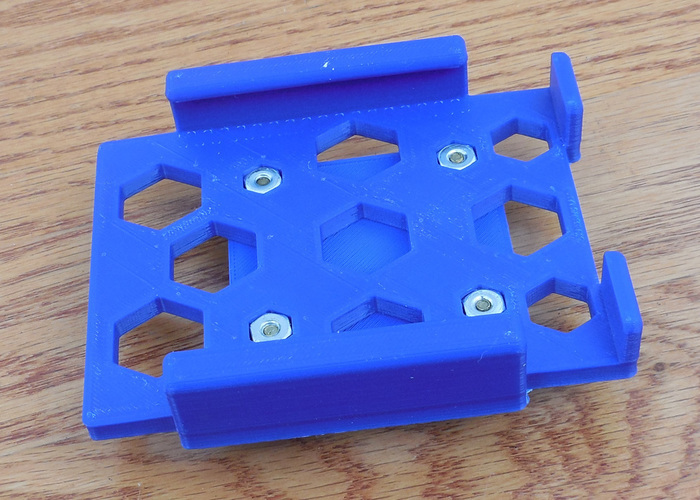 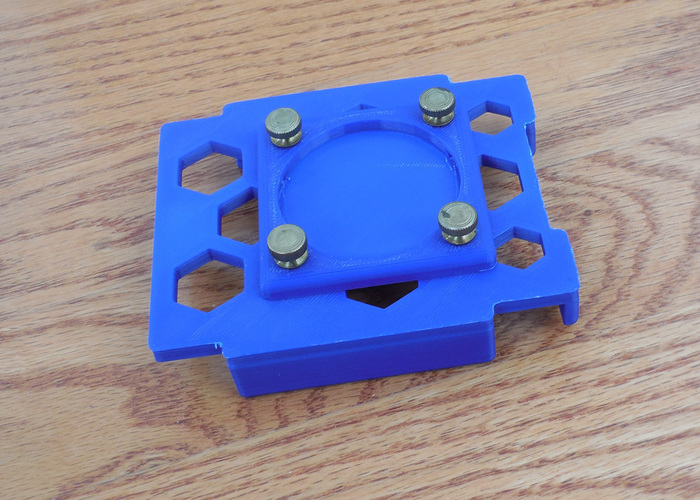 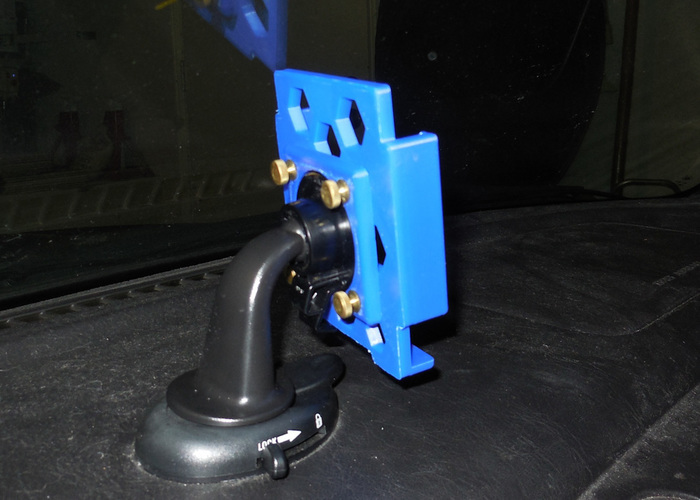 Summary My wife has a permanent (or nearly so) mount for a nüvi GPS receiver in her car. She asked me if I could come up with a way that she could use her cellphone for navigation (she's a fan of Waze) that used the existing mount. I came up with a two part solution. One part connects to a NuVI disk mount. The other holds the phone. The two parts screw together. Being a two part design, it would be possible to create a new device holder that is attached to the NuVI mount and vice versa. Print Settings Printer: Prusa i3 MK2 Rafts: No Supports: No Resolution: .200mm Infill: 20% Cubic Post-Printing Assembly The two parts are joined by four 6-32x.375" screws (I used brass thumb-screws) and four 6-32 nuts. Customization If one just wanted nüvi compatible for a different holder, just print out the back part. And likewise, if one wanted the Galaxy S5 holder for another purpose, just print out the front part. By maintaining the hole pattern, new variations on this Thing can be created. Compatibility This holder was designed specifically for a Samsung Galaxy S5 phone with a thin case. It may or may not be compatible with other mobile devices/cases. Your mileage may vary. 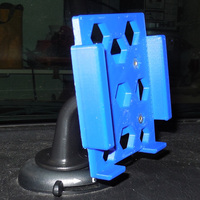 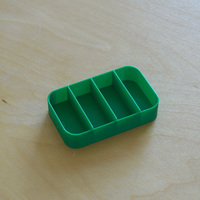 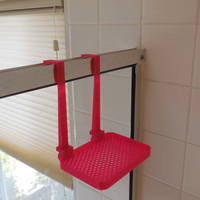 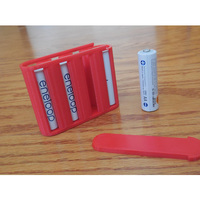