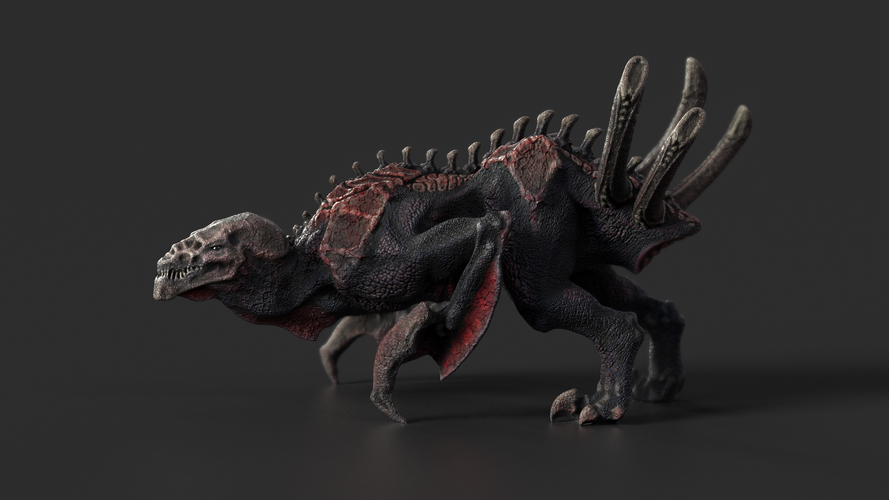 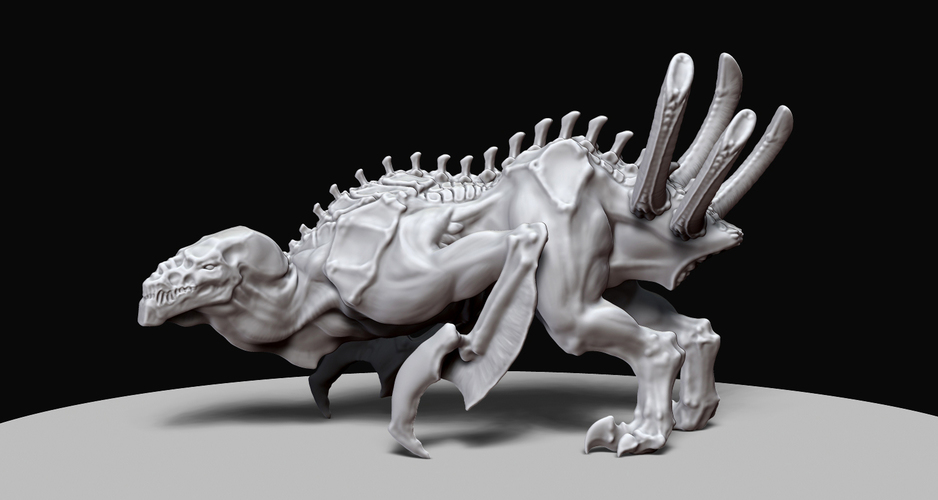 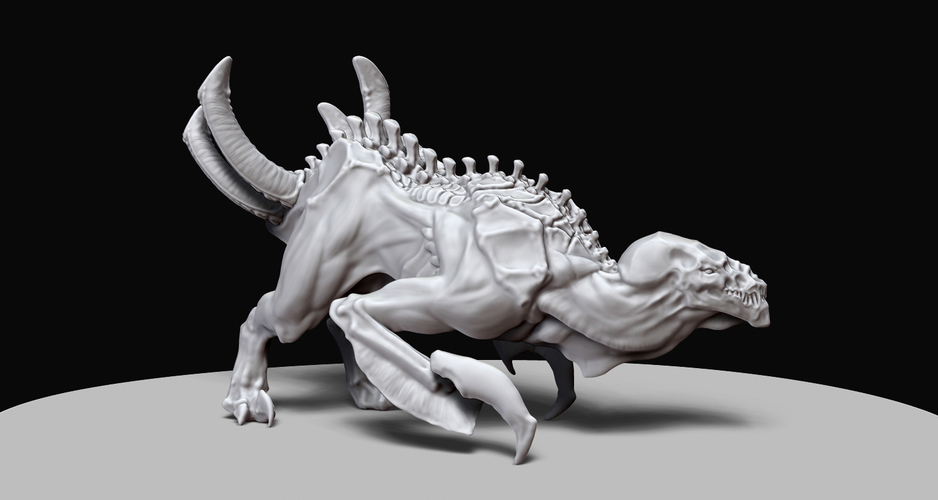 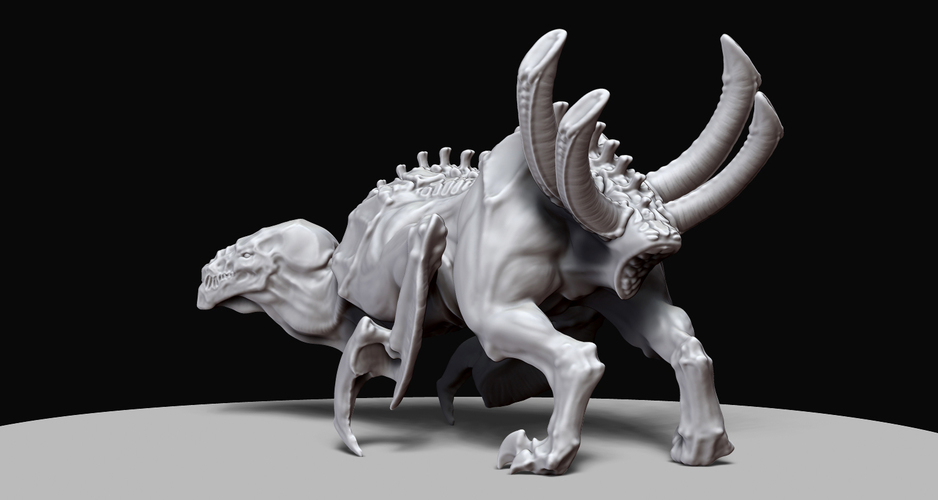 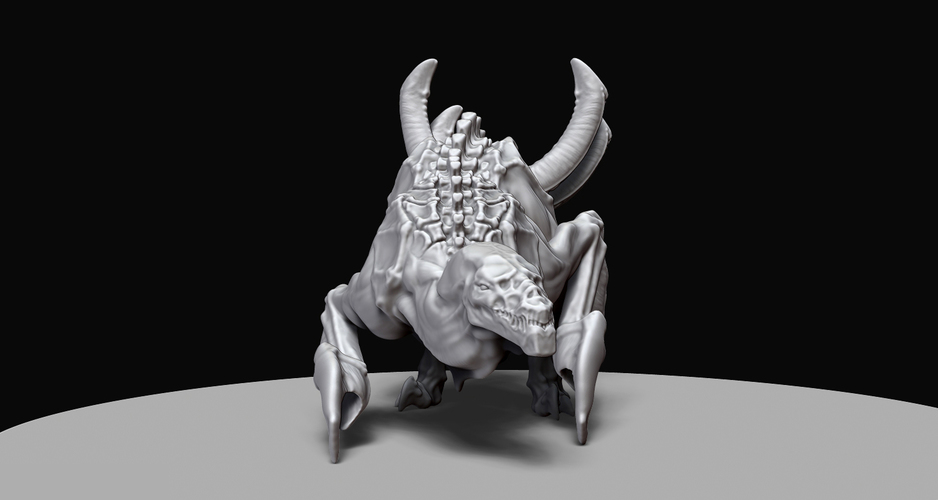 It's the year 6666 A.D. - In a world where Christianity and Science never parted ways, a brave crew of Templar Astroknights discovers the unspeakable thing: The literal biblical Inferno, a dead star, toxic and rotten, made of sulfur and molten tar. True terror unfolds when they make gory contact with the local alpha predator:

In a fight of good and evil, it all comes down to holy handgrenades and sacred laserguns against the Beast's vicious blades of radiated bone and brainmelting infrasound-emitting antlers.

My submission for the Character Modeling Contest, very excited to take part in this :) I wanted to create something badass and a little over-the-top, complete with a funny and exaggerated B-Movie Backstory. Therefore no pedestal either, so people can use it as an action-figure, you know - letting it "walk" on the table and go "Rawr!" :D

It's head structure is designed to have a unsettling resemblance to a human skull, as if it was "wearing" a second face, and the body is part endo- part exoskeletal to blend the extraterrestrial and demonic features. I liked the idea of a fleshy stump instead of a majestic tail to make it a little more unusal and bizarre, it also makes printing a lot easier and wastes less space.

X and Y size of the bounding box is set to approximately 15cm.

Hope you like it, feel free to leave Feedback of any kind, and good luck everyone :)

No Derivatives
Purchase
Report this design
32671 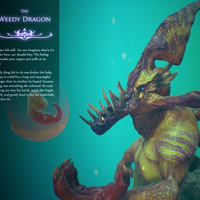 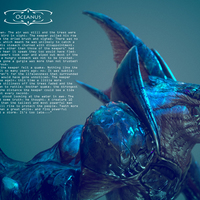 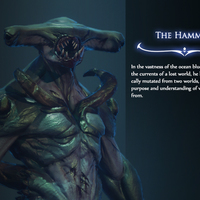 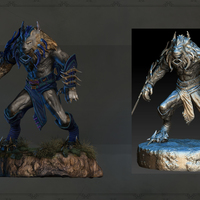 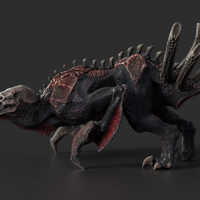