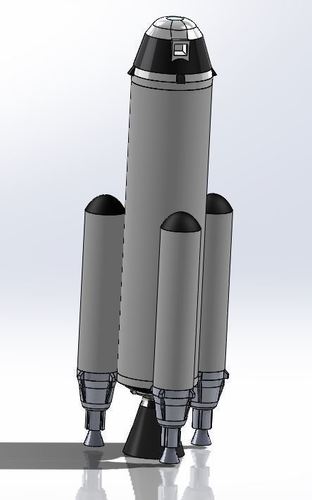 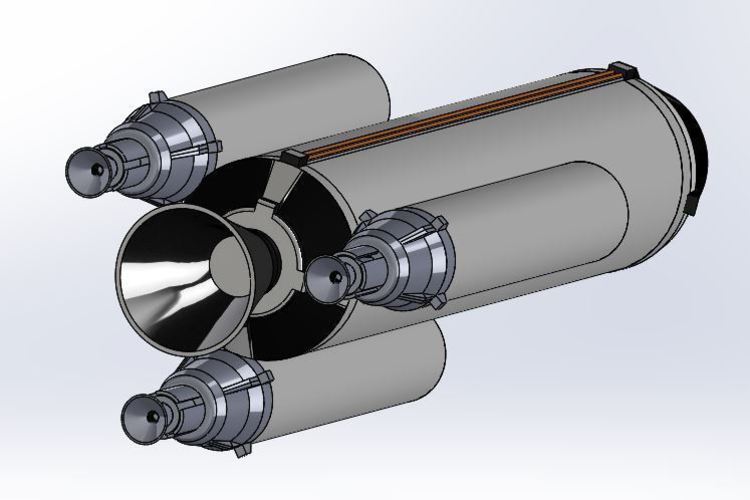 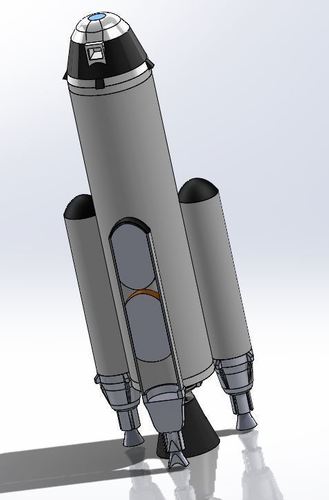 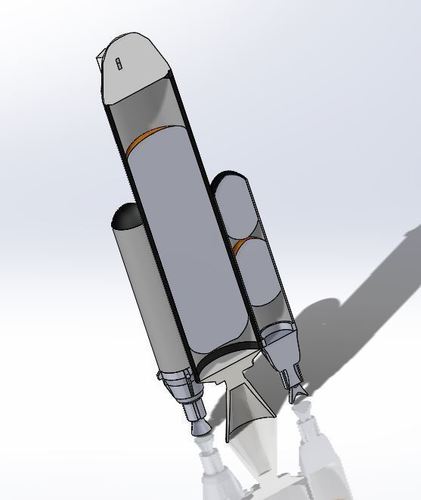 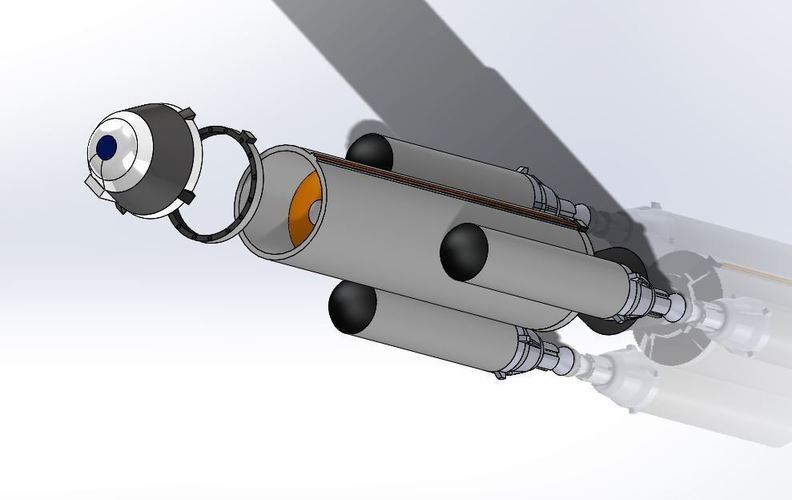 I designed this rocket for American use as a theoretical alternative to Russian Soyuz rockets. My three phase rocket has three radially mounted liquid fuel boosters (complete with blue oxidizer tanks and orange fuel tanks) and one large orange solid fuel tank. While I have multiple decouplers around the space craft the most important one is the one the command pod sits on top of. I added a window, a rounded top for a parachute (under the blue cap) and a curved surface for reentry. The other decouplers serve as safety precautions and could theoretically be used to jettison malfunctioning parts. An orange line runs up the side of the rocket which allows the command pod to have a wired connection the rocket underneath. While one would obviously need to research this design and space flight in general further to truly understand if this design is a plausible alternative for Americans to the aforementioned Soyuz I do believe that this sort of craft or one very similar to this could fill the void left by the Space Shuttle when it was decommissioned in 2011. While it is arguable if this design falls into the category of things you'd bring into space it would allow the United States to bring people into space, which is far more valuable than anything else they could send, rather than rely on the Russian space program and government for access to the International Space Station. All parts in this design were of course created and assembled by me using the SolidWorks program. 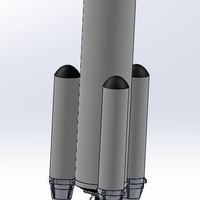