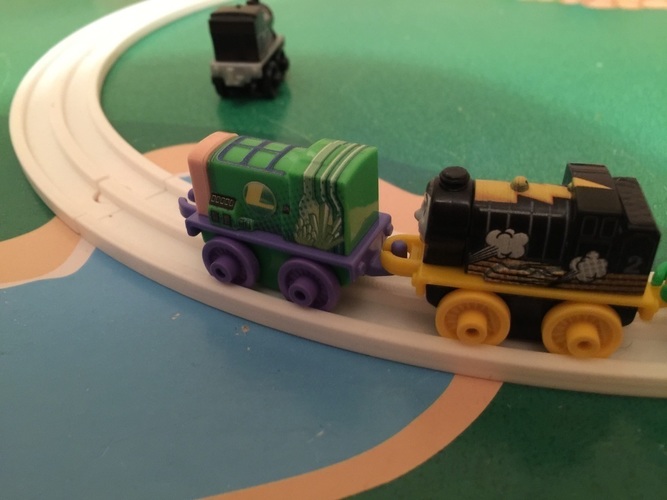 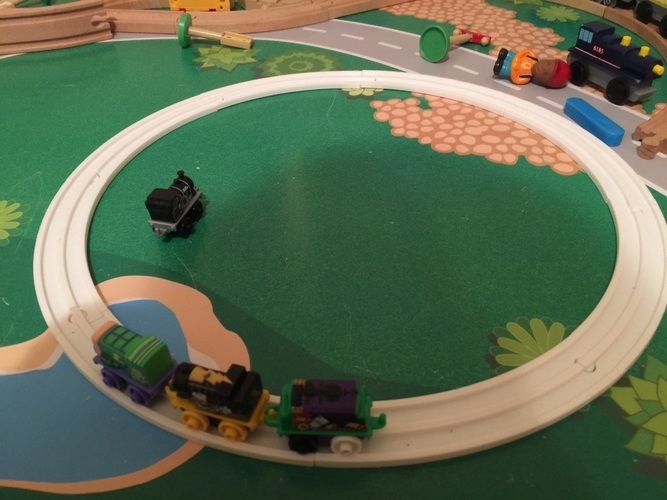 Summary My son received some miniature Thomas train engines as a gift. These are smaller than the standard Brio and whatnot that run on the wooden tracks. I don't know what type of track they are supposed to run on. It appears that the track has some sort of T-bar in the middle so that the train stays on the track. I figured if he had some train engines, he needed a track to run them on. Rather than looking into purchasing proper tracks, I decided to print them. I looked on Thingiverse and did not find any tracks which looked like they would work, so I decided to draw them up myself. This thing is the result. I did not add the T-bar which I suspect it in the official purchased version. There is a single straight bar in the middle of the track which the bracket on the bottom of the engines fits around to steady the train. I just wanted something simple and quick so he would be able to properly play with his new train. This thing is a 45 degree curved section of track. That means that eight of them will complete a circle (360mm diameter). At this point, I've not considered drawing up different configurations. The trains run nice and smoothly around the circle. Well enough for now (my son is two and not able yet to lay out the tracks himself). Print Settings Printer Brand: RepRap Printer: Hesine M505 (Prusa i3) Rafts: No Supports: No Resolution: 0.2 mm Infill: 25% 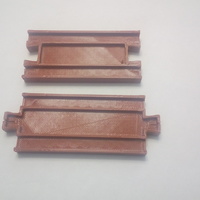 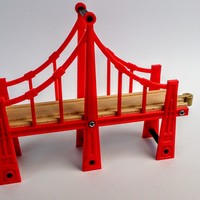 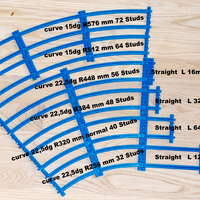 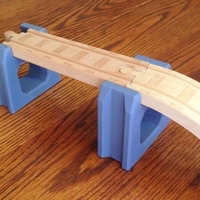 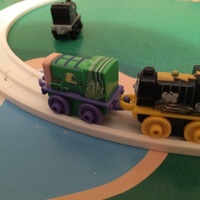 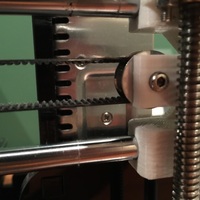 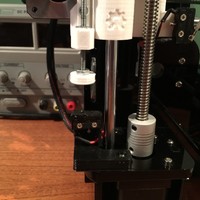