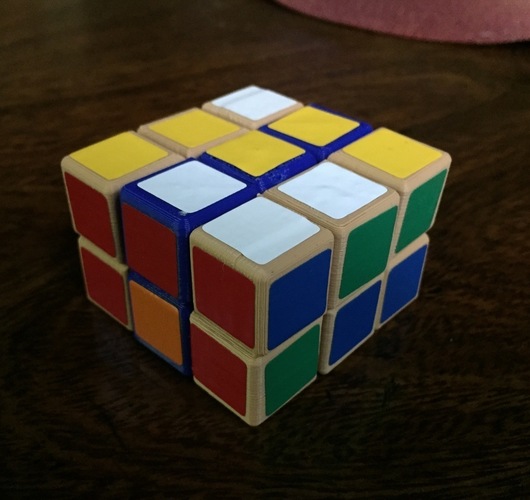 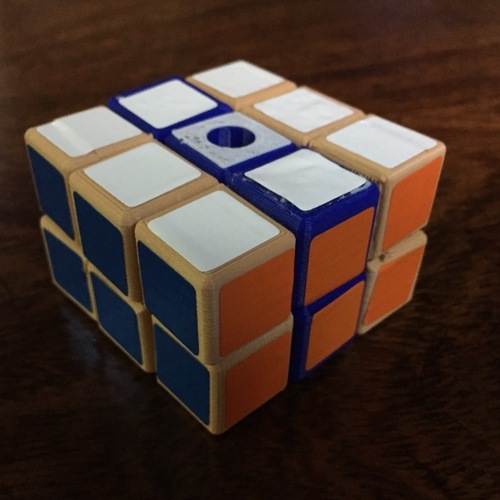 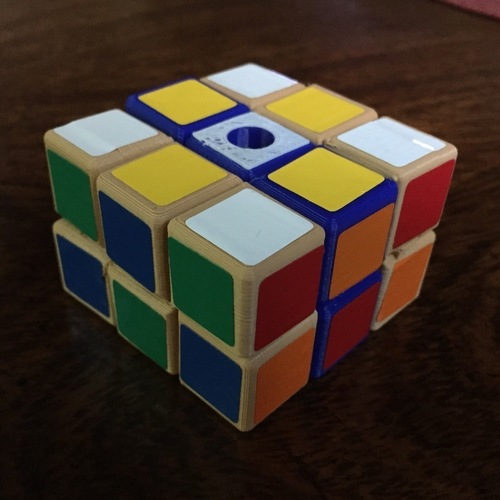 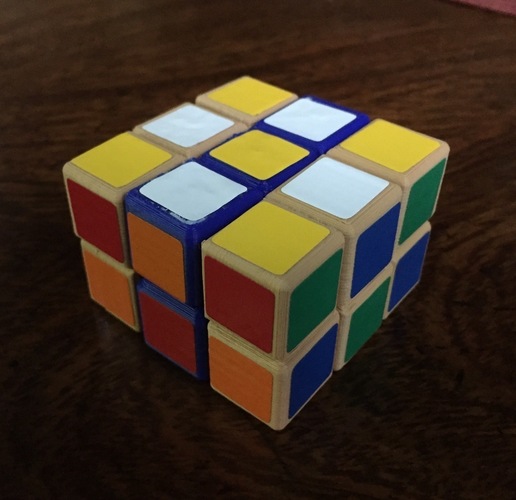 Summary FILES AVAILABLE IN INCLUDED .ZIP FILE https://www.youtube.com/watch?v=4K5gmvtJqjg This is my half-turn ‘domino’. It was inspired by Oskar Van Deventer’s Half-Turn Cube, which was originally designed by Takafumi Haseda and made by Hidetoshi Takeji. The half turn cube appears to be just a normal 3x3x3, but is only capable of making 180 degree turns, whereas the traditional puzzle is capable of making turns in increment of ninety degrees. This is its 3x3x2 equivalent, a domino-type twisty puzzle that is only capable of making these sort of ‘half-turns’. Just like a standard 3x3x2, or any 3x3xn cuboid where n is an even number of layers, this puzzle turns only by increments of 180 degrees on 4 faces, and by increments of 90 on the two remaining faces. However, in this case, the limitation of the first 4 faces has been extended to apply to the top and bottom faces as well. In order to make it apparent when the cube can and cannot be turned, the middle slice was printed in blue plastic, and the outer slices in this tan color. When the all of the blue pieces are lined up, the puzzle can make a turn on another face. When they are not, they must be lined up again in order for another turn to be made. In the original half-turn cube, and later on the half-turn tetrahedron, the ‘half-turns only’ functionality was caused by a sort of external and internal bandaging, where pieces came in different sizes that were compatible only with each other. In this case, the bandaging is internal, so it looks just like a normal 3x3x2. This was designed in Solidworks. The tan pieces were printed on a Makerbot Replicator 5g, and the blue ones on a printrbot simple metal desktop 3D printer. Print Settings Printer Brand: MakerBot Printer: MakerBot Replicator (5th Generation) Rafts: No Supports: Doesn't Matter Infill: 20% 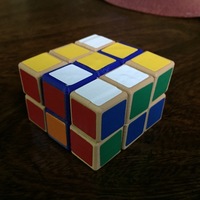 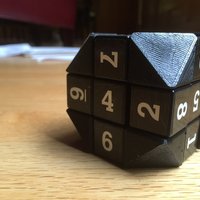 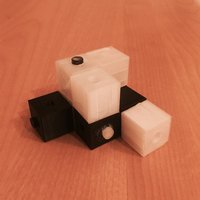 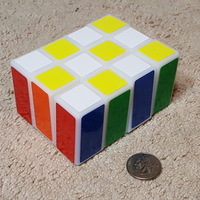