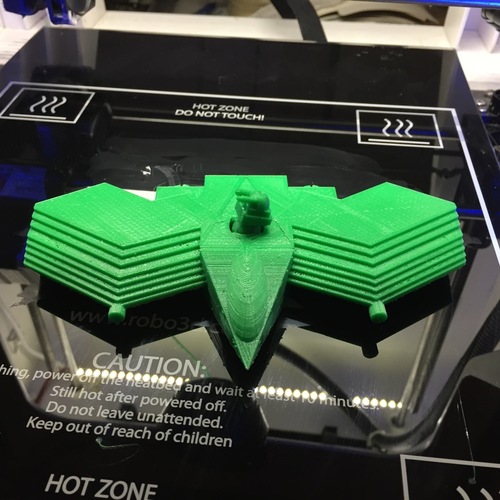 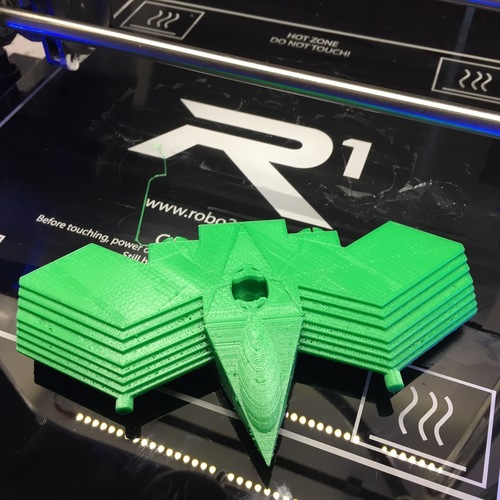 Got board and decided I wanted to design a space ship on tinkercad.com; this is what I came up with. The fighter has bubble canopies for crew, 2 front cannons, a movable laser turret, and 4 engines. It is ready for a name and to join the fleet for battle!

I needed to use supports for both the ship and the turret; the turret also needed a raft.

Putting in the turret was difficult! First: I had to twist and push the turret in until it was stuck a little bit and close to straight. Second: I used a pliers (any sturdy metal or strong material will do), placed the fighter on a table, and pushed the turret in using the flat side of the pliers. With out the pliers it hurt my hand too much. Finally: its in but hard to move, force it around a bit and it will get easier relatively quickly. 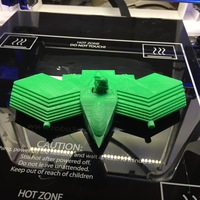 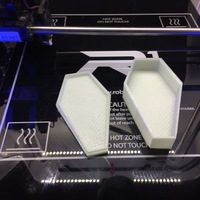 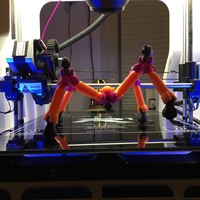 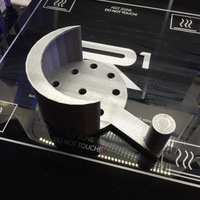