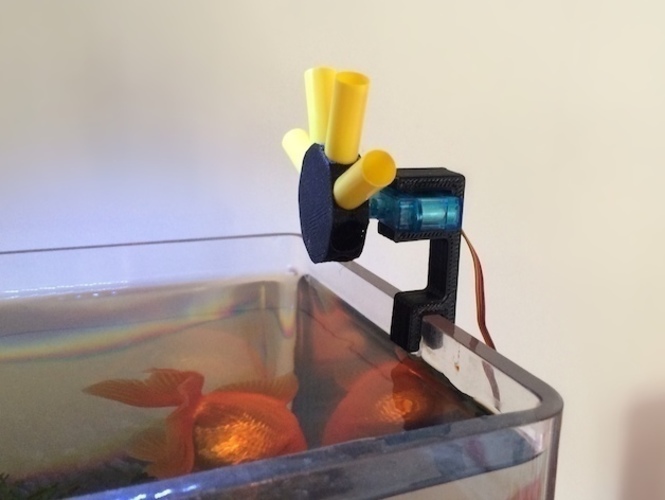 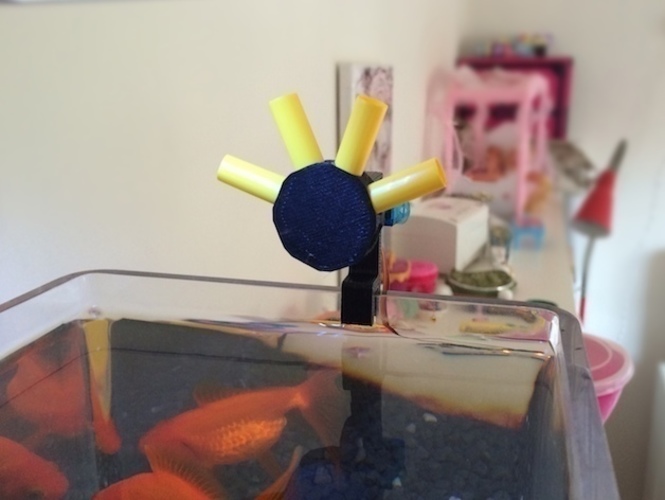 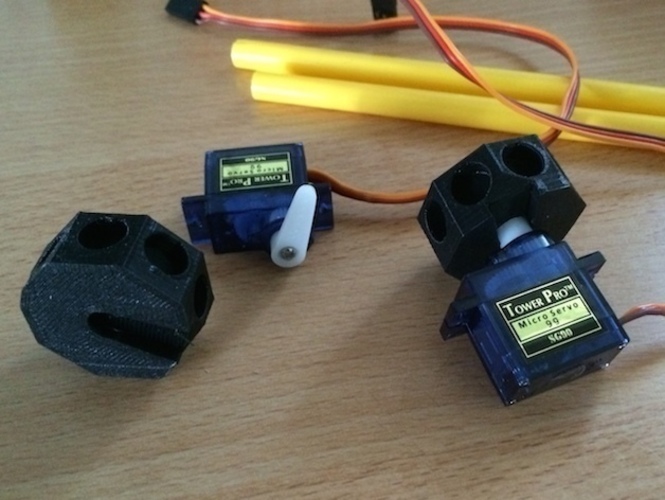 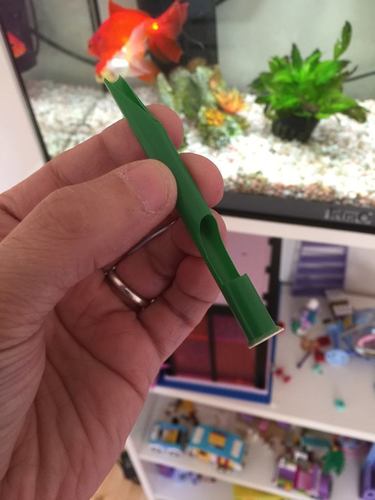 SummaryA feeder for a small fish tank. This can feed our goldfish for 4 or 8 days. It is powered by an Arduino and a micro servo. A drinking straw (the bigger kind from IKEA) is cut and used as small containers for the food. The zip file contain the Arduino source. Turn on and fill containers with food. Turn on first as the servo with jump on power on. The first feeding occasion will be after 23 hours and the next will be 24 hours after the previous. The feeder angle should be set so starting position is as the pictures and the following so only one container is dispensed. Update: June 6, 2015 Updated the Arduino code. Last 4 moves did not detach servos which could cause a little sound. Also added a pic of the food loader I made from a straw. Update: July 12, 2014 Made it compatible with the more common SG-90 servo. Also updated the Arduino code to detach servos to have them quiet when not moving and also to support two feeder chained to have up to 8 days of feeding. 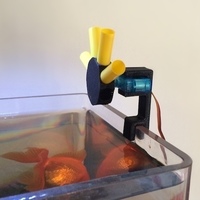 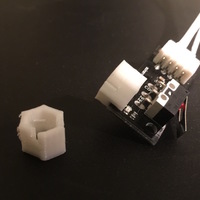 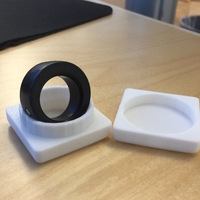 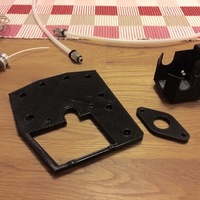