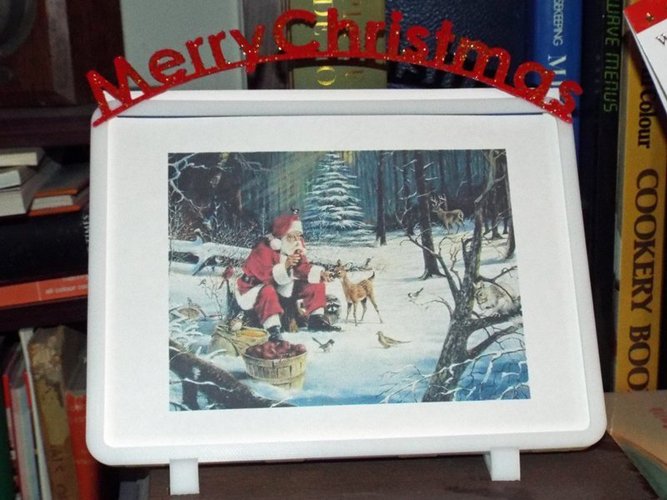 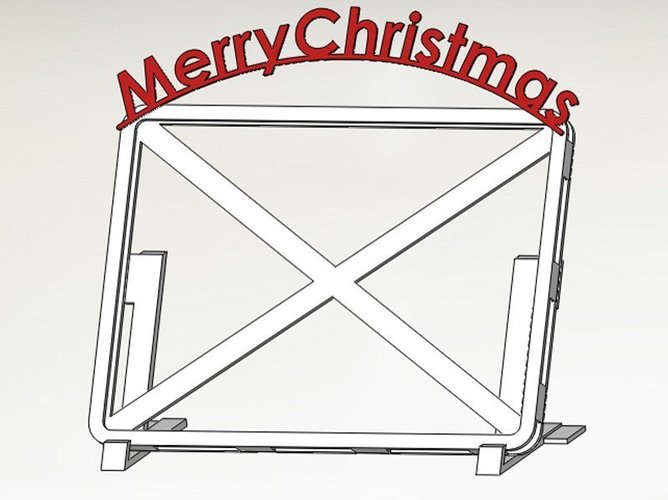 This frame was designed to be used as an alternative to the traditional Christmas card. It can be used to hold a printed version of an electronic card or you can make your own by printing a picture you like and sign the back before giving it to someone (not forgetting to give them the frame too). I gave this to my wife with a selections of pictures so she can change the picture on display whenever she likes. There is enough room to get quite a few pictures in. It could also just be used as a picture frame.

It was printed on a Wanhao Duplicator i3 with a 200 micron layer height. The filament used was MadeSolid PET+ in white. The recommended settings were used with a print speed of 30mm/s. Once all the parts were printed it was glued together. The text was painted and a little glitter added before it dried. This was then stuck in position on the front. This could be made for other occasions by making up alternative text. For my next iteration of this I will make the stands a little steeper as it leans back a bit too much when placed on a high shelf. It is fine on a table or low shelf.

Hope it is useful to others. My wife likes hers and it helps to make the printer seem a little less of a toy! 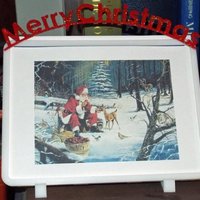 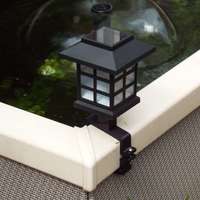 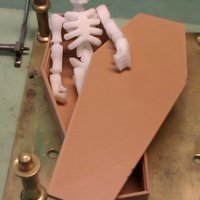