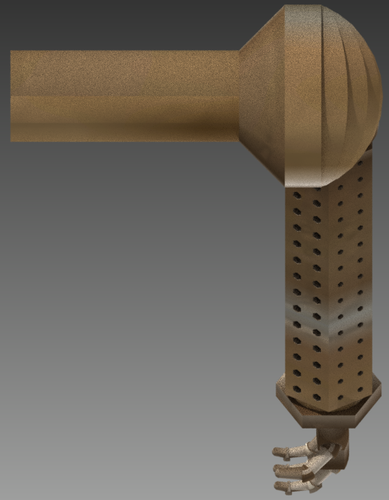 Made more to look good than to function, although at a glance, several parts appear to be able to flex and rotate.

The arm was designed with several holes in the upper and lower arm to (presumably) hold tools. The holes were dimensioned for if this was a human-size robot, so about 1:6. (Sorry to anyone who wanted to put real screwdriver bits in the lower arm.) If this were a real robot, many parts would be able to rotate freely, and all joints would be able to flex with the visible overlapping plates. With both arms, the MakerTron should be able to reach over to grab tools from its other arm, with the upper and lower arms freely spinning. The fingers and thumb are flat towards the inside for better tool and part grasping. As a fix-it man myself, I know I'd want that. (Since these are futuristic robots, I didn't include doors for the arm holes. I figure the tools could be magnetized or the robot could have force field doors or something.) It only has three fingers because I never use my pinkie for fix-it jobs and I know a few people who can type faster than me and don't use their pinkies.

I couldn't open the part files included in the contest download, so I only have the arm for you. It does fit in the arm hole, though. For printing, I heavily recommend using a second material for support.

Edit: Added a right arm (simply a mirror of the left) for those of you whose printer software won't let you do that. 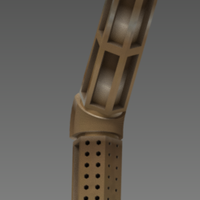 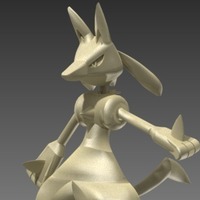 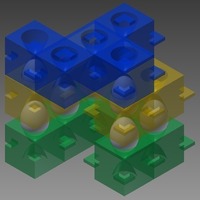 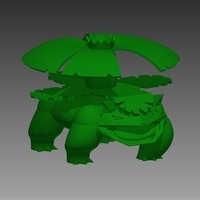