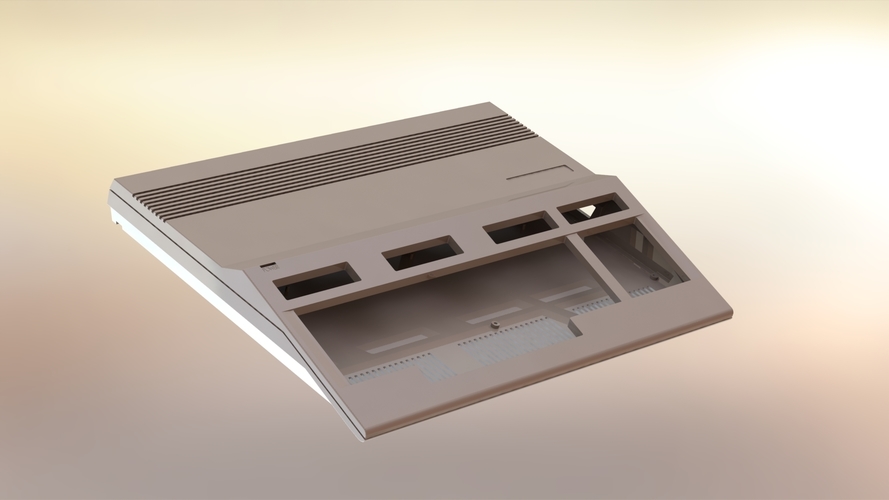 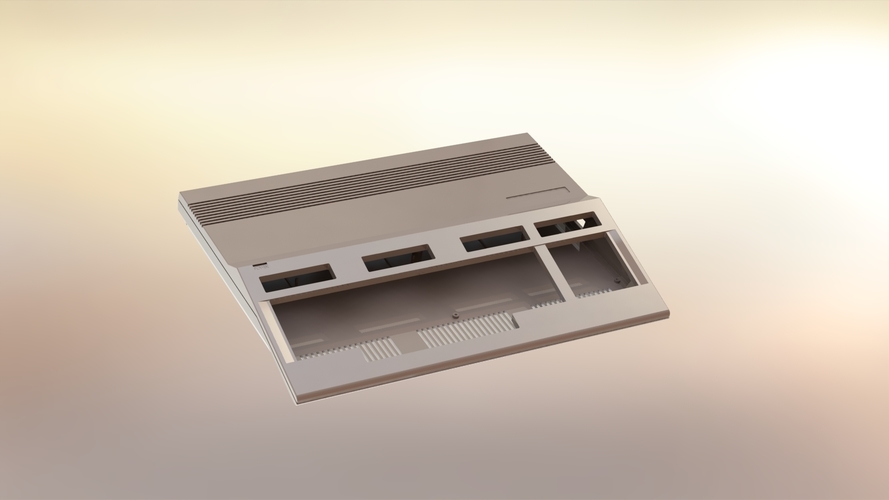 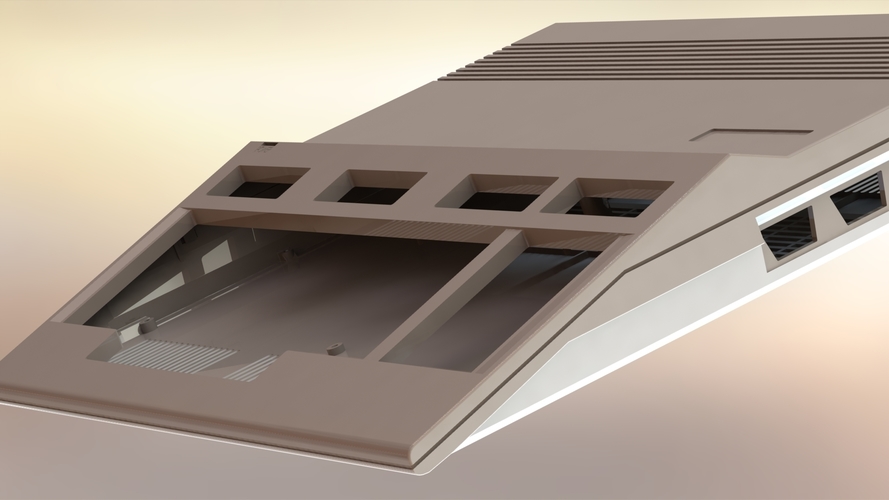 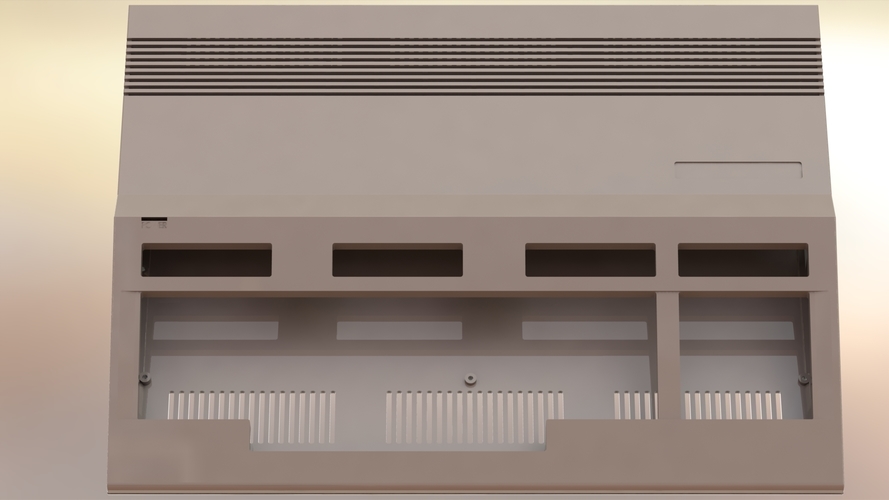 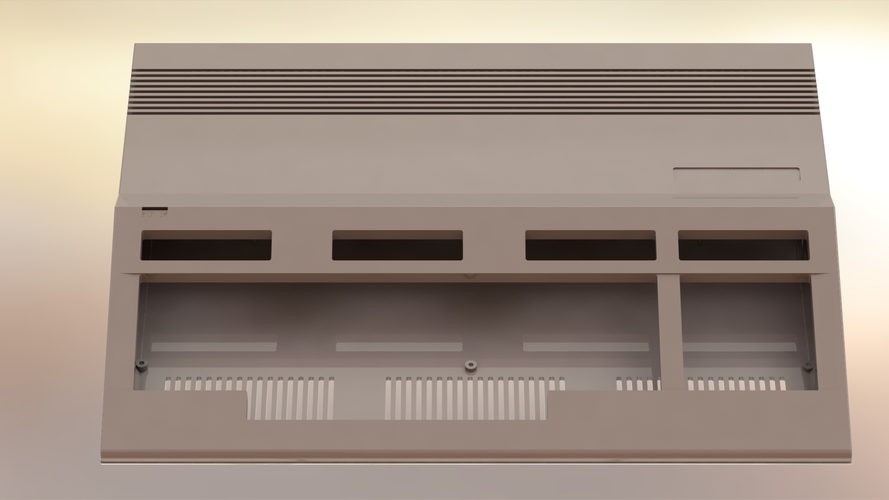 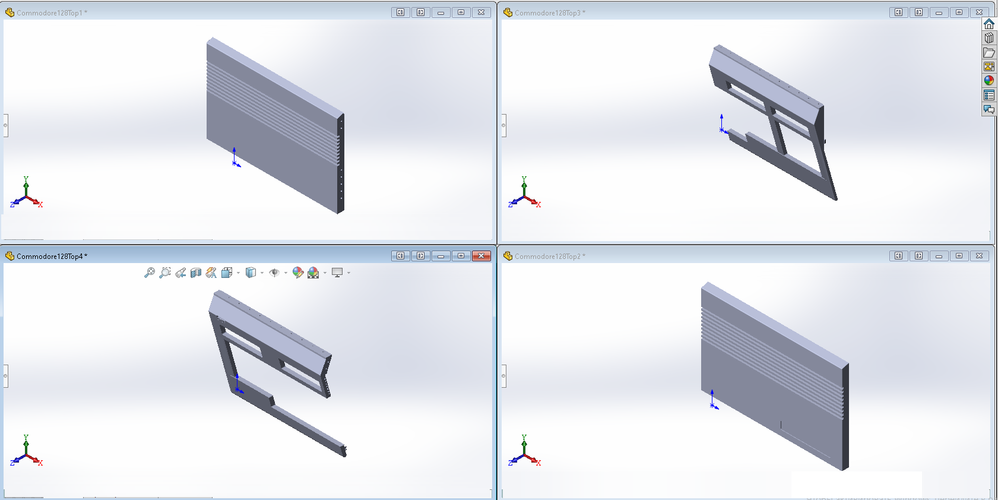 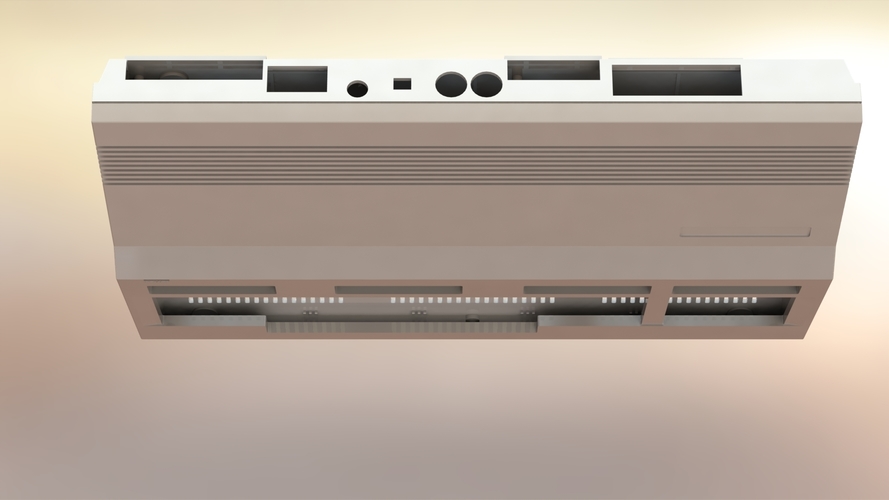 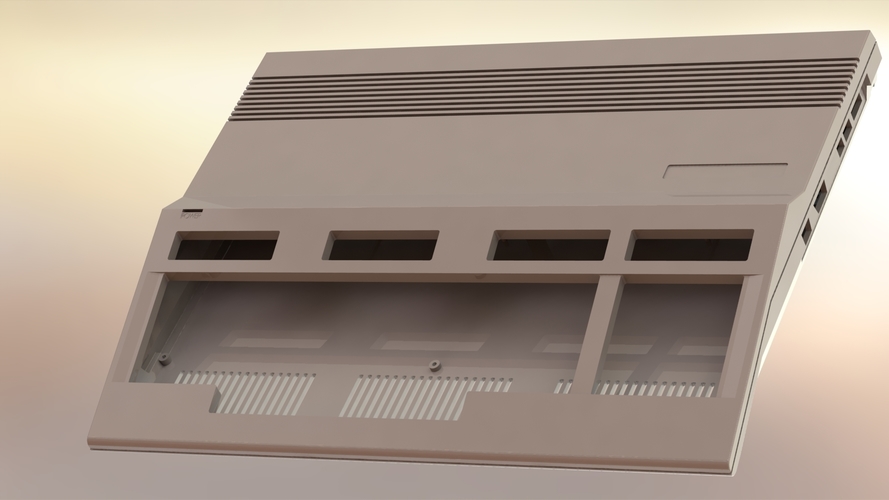 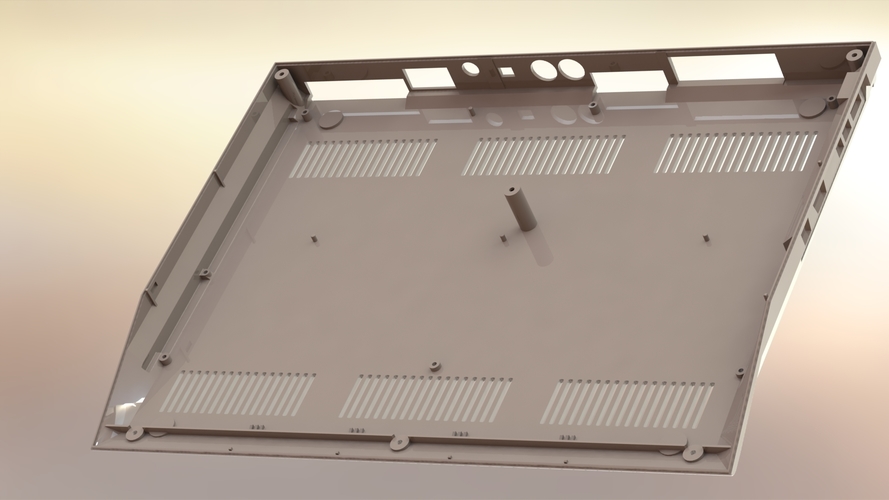 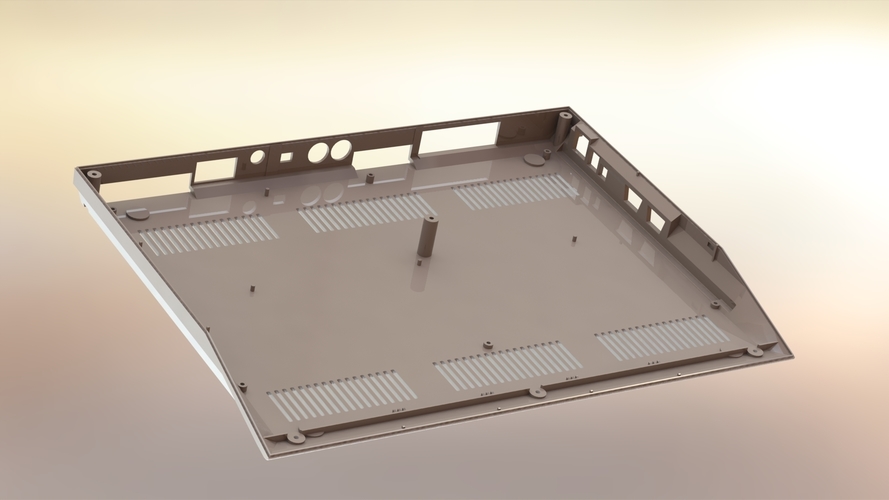 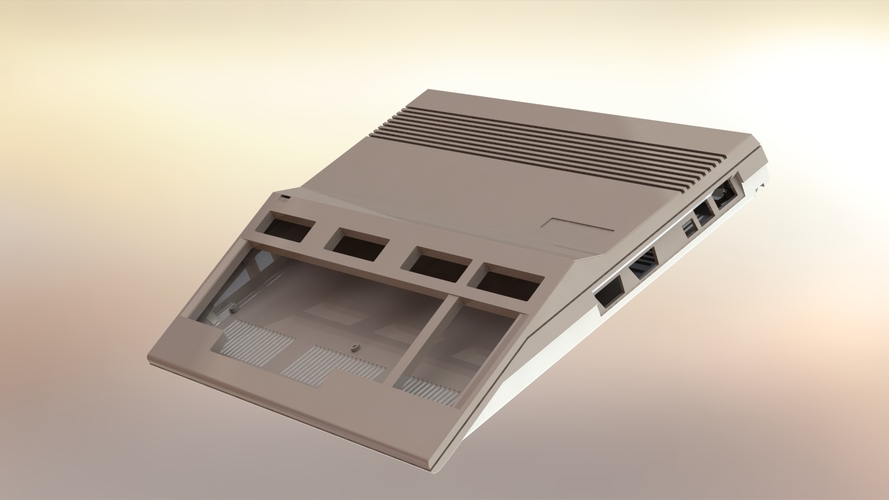 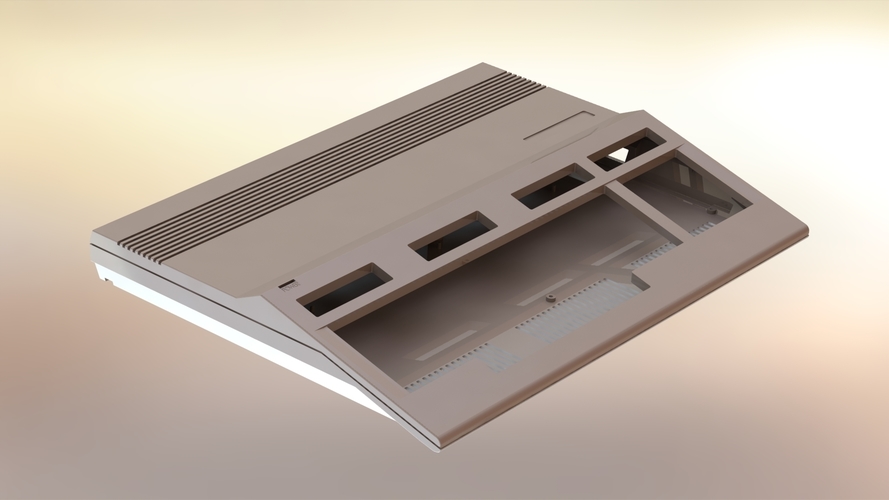 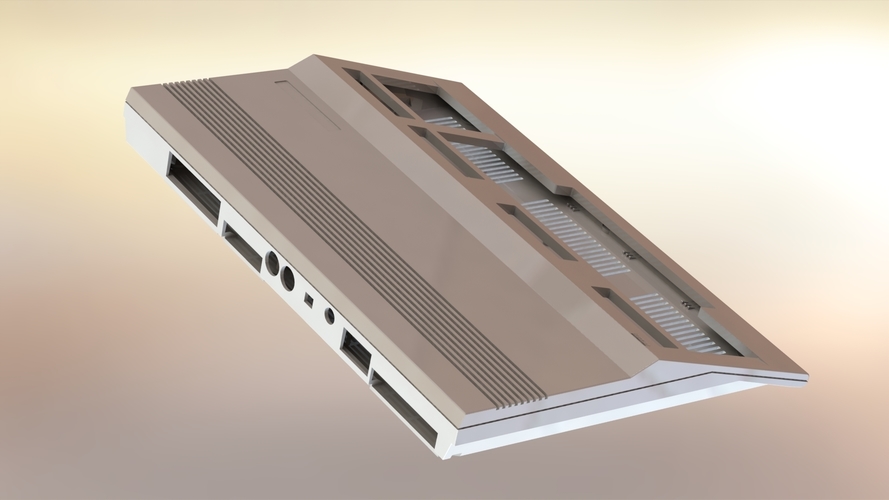 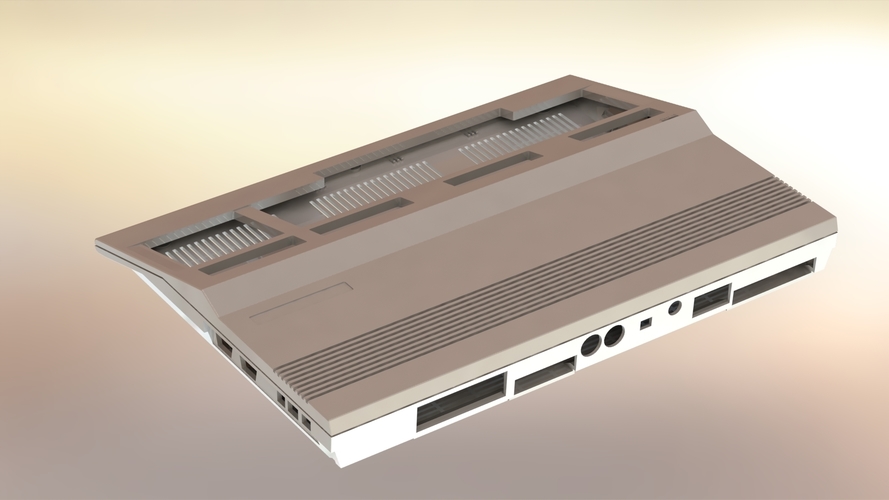 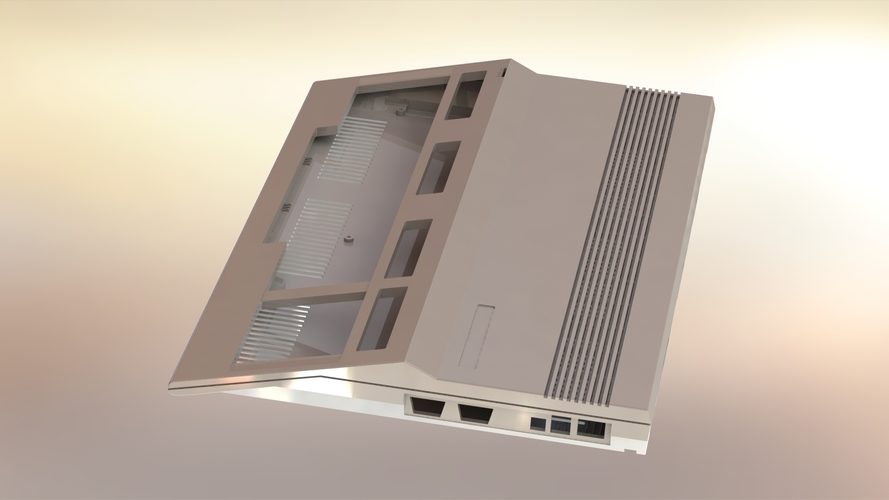 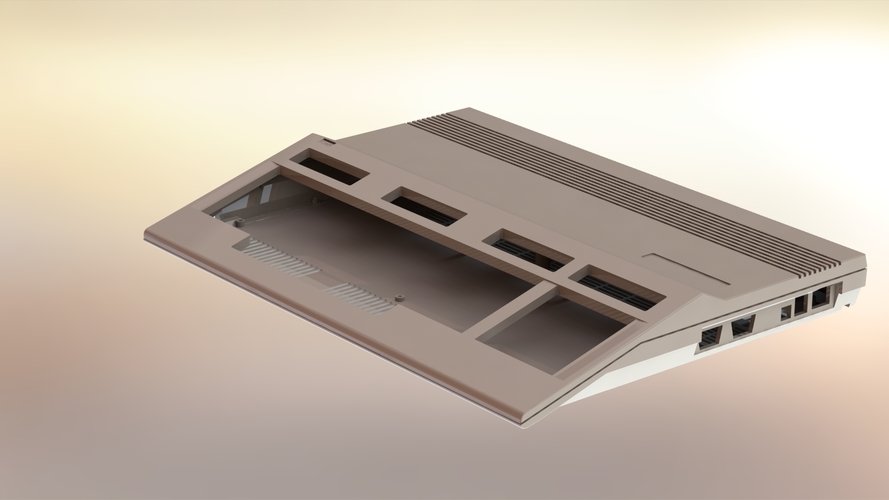 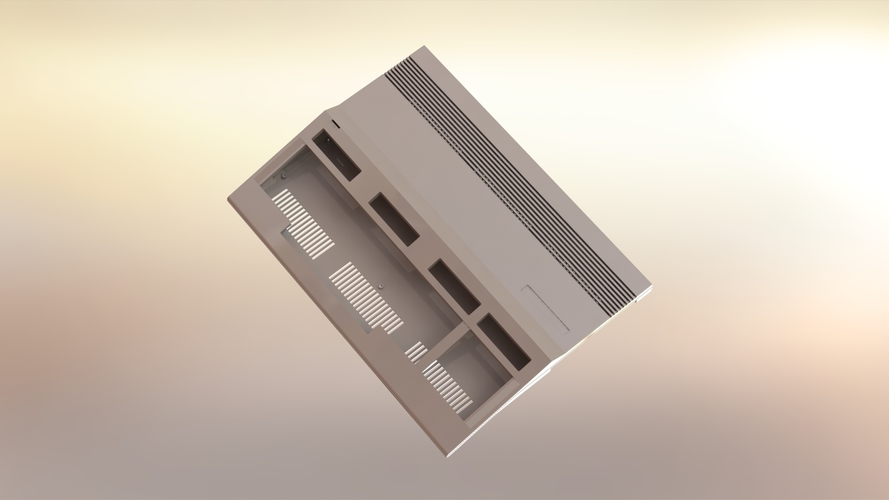 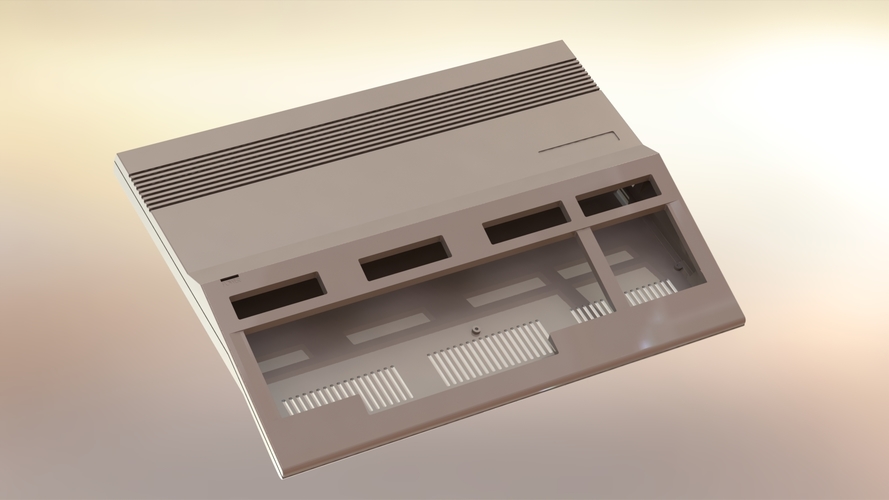 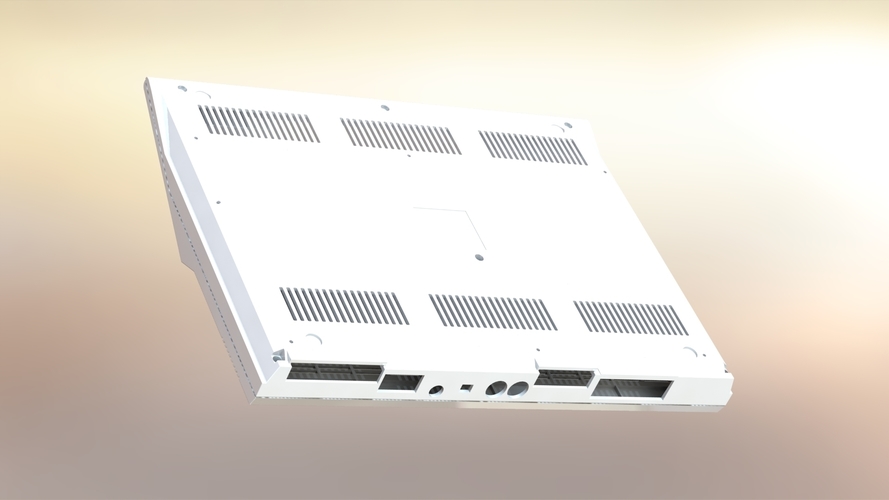 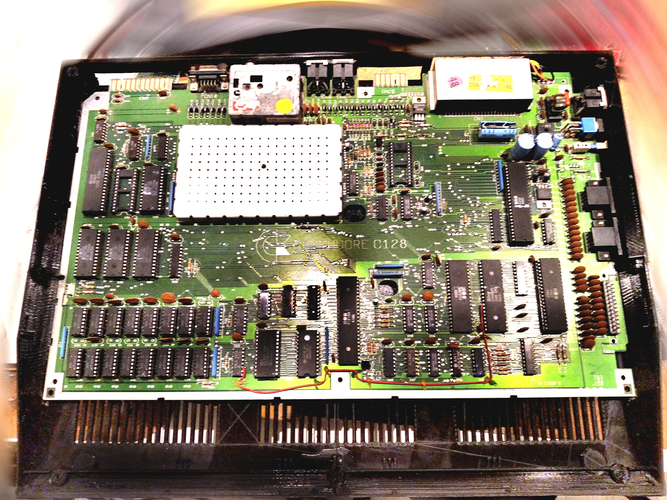 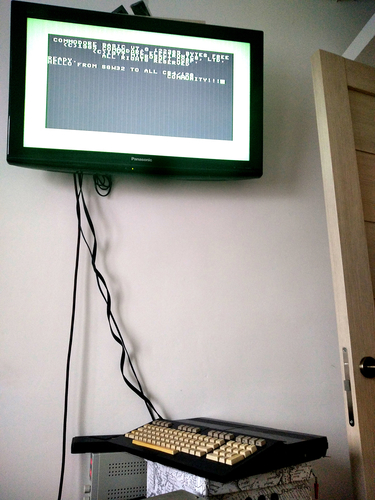 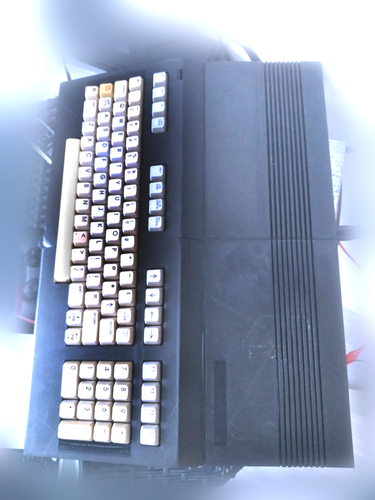 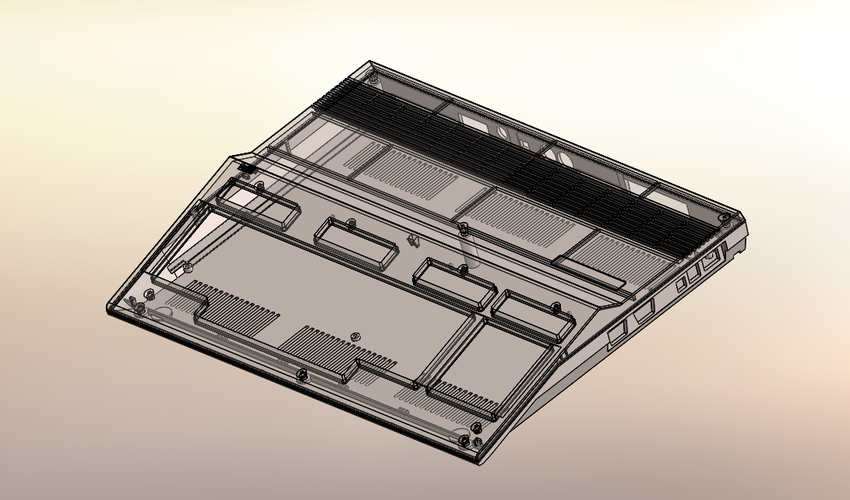 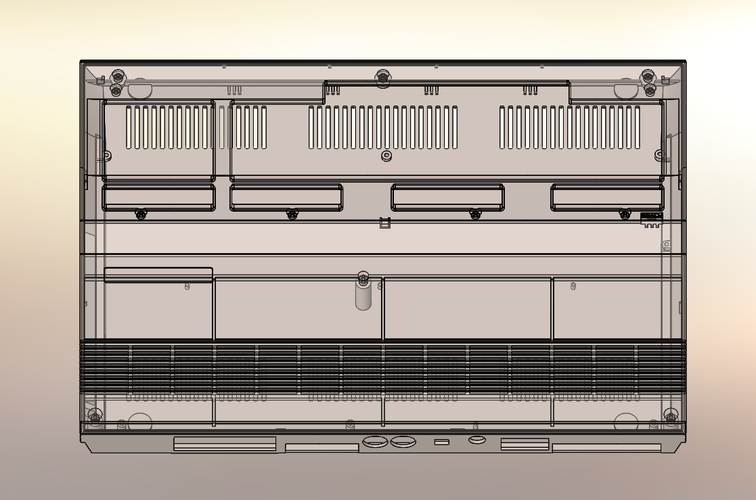 The Commodore 128, also known as the C128, C-128, C= 128 is the last 8-bit home computer that was commercially released by Commodore Business Machines (CBM). Introduced in January 1985 at the CES in Las Vegas, it appeared three years after its predecessor, the bestselling Commodore 64.

The C128 is a significantly expanded successor to the C64, with nearly full compatibility. The newer machine has 128 KB of RAM in two 64 KB banks, and an 80-column color video output. It has a redesigned case and keyboard. Also included is a Zilog Z80 CPU which allows the C128 to run CP/M, as an alternative to the usual Commodore BASIC environment. The presence of the Z80 and the huge CP/M software library it brings, coupled with the C64's software library, gives the C128 one of the broadest ranges of available software among its competitors.

This is a 1:1 photorealistic full resolution and high detailed 3d print model of Commodore C128 enclosure. It is suitable for 3d printing or plastic molding. All sockets perfectly fit the original motherboard. You can use this 3d case to mod and improve your C128 or just to make a full-size emulator on Raspberry Pi and etc. The small printers 210x210 mms are also suitable for printing - just use 6 parts version. You can find a model split to 6 parts, which fit the 3d printer table, and a model for 400x400 printers(with 4 parts). Parts are connected using M2 screws, which are soldered inside the plastic. Please note that motherboard fits only without shielding, so you need to add some other EMI protection. It works without it though.

stickers PDF file - just print it and attach to the surface. 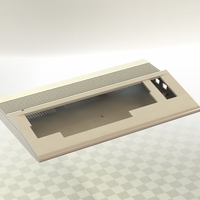 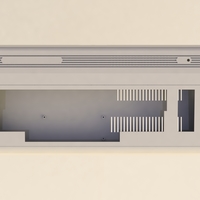 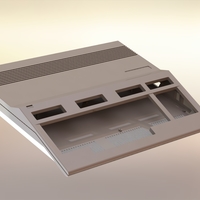 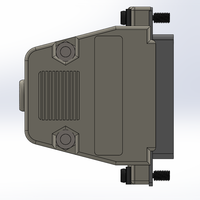