The Monoprice Maker Select is one of the more popular variants of the Prusa i3 design. With its ability to print at high resolutions with a variety of materials at low cost, this is a great printer for beginners and seasoned makers alike. 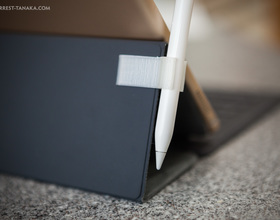 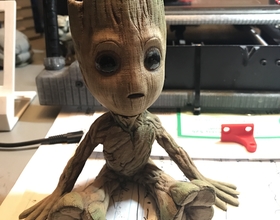 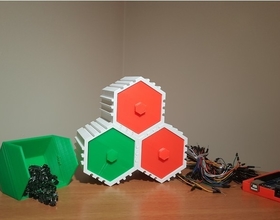 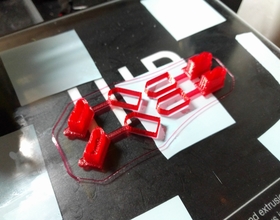 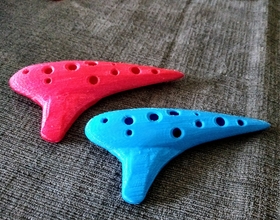 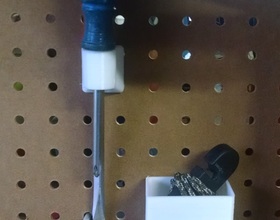 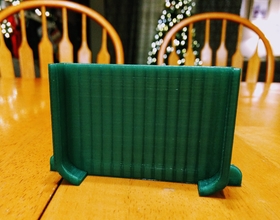 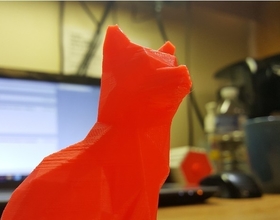 It requires a little assembly out of the box, but you can have it printing fairly well with PLA in half an hour. Temperature PID calibration as well acceleration calibration are a must if you want any kind of speed. Stock hardware works ok, but some cheap modifications will go a very long way. With this printer, what you save in money, you will pay in time spent tweaking and calibrating. Your mileage will vary.

Actually, the printer we have is not listed so I chose a model that closely resembles the one we are using.  All in all we are pleased with the Monoprice Vector printer and we are learning as we go along,  It was pretty much plug and play.  When we received the unit, which surprisingly came three days after we order it.  We un-boxed the printer and carefully removed all the tape and packaging that was used to prevent damage.  We then plugged the unit in and then connected it to our wifi. After reading a review about how the touchscreen can be difficult to use due to its size, we took the advice and use a pencil eraser to enter our commands and no problems.  Another suggestion was that after each job we check and calibrate the head with the print surface to insure we are on point.  Reading the reviews and understanding the other users concerns has helped us greatly in getting to know our printer.   On the initial prints we learned that the position of the design layout is important because it determines how your printer handles the different shapes. Also adding a raft on some designs helps out.  We also found out that supports are needed on some designs and again that would depend on how you position your design for printing.   We chose a phone stand as our first attempt and the one from the thingverse website was problematic so we chose a design from pinshape, laid the design on its side, added a raft and in less than two hours we had a nice phone stand. we will be attempting more designs and we actually are looking to create a few of our own designs.

only hard part is getting the filament to stick

The Printer itself is really easy to use. The included SD Card is a nice idea , but it doesn't actually work. Navigating the menu is super easy with the wheel. The menu itself is quite simple but includes everything necessary. The stock nozzle works fine for PLA and ABS, but for slightly more exotic materials a MicroSwiss nozzle really improves print quality.

All in all, I would definitely recommend this printer so someone on a budget, looking to get into 3D Printing. But if you can spare the money, a higher end Printer (like a Prusa one) would be quite an improvement.

Good printer. Realatively easy to use.

Been using printer for over a year and well worth the money for my needs. Sometimes a little finicky but overtal easy to use. Sometimes a challenge to get pla to stick but I have nothing to compare it to for good or bad.

Excellent model for a first printer.  Great 3rd party parts/support.  Lots of people out there to provide help.

Prints are good quality for FDM

Not crazy about the MK10 extruder because taking it apart to change the PTFE tube is a pain.

I entered the world of 3d printing absolutely blind. No cad experience, no CNC experience.  I did my research and found the Monoprice Maker Select to be my choice.  It took me 4 or 5 prints to figure out how to get a successful decent quality print and I havent had a failure in my last 10 or 12. I use filesharing such as Thingiverse to download my print files and it has been simple to do.  I have yet to change any parts and the only accessory I use is a stick on print pad on my bed.  A little research to solve minor print problems and anyone should be successful using this machine.

Once a solid option, now left in the dust.

This unit isn't horrible, I'll start with that. It has a direct drive unit, which is sort of a plus, it's easy enough to mod, and it can deliver top notch prints.

The duplicator clones, especially the V2 models with better bearings and mild improvements to the original group of hardware, have had their day. They could push out most filaments, are simple enough to mod yourself and have a decent living community who still work with them.

Now, for about the same or less money today, you could jump on a more modern Ender 3. If I were buying my first printer again, that's what I'd grab. The reasons why are the exact reasons why living with this unit aren't great. Let's start:

_The frame is thin. Even with the spool not mounted to the top of the frame, printing at a decent pace causes the tower to wobble. I've purchased and printed the necessary hardware and pieces to stabilize the tower, but that was a purchase of $50 in the lowest quantity of hardware I could obtain.

_The bed carriage is steel. For beginners, it's very easy to over tighten one or many of the bed level screws. This warps the bed and ruins your surface. Swapping to a $20 borosilicate bed plate helps a lot, and gives you an awesome glass flat and shiny finish to the bottom of your prints. But, if you don't go out and find an aluminum carriage replacement, your moving mass is now very heavy, causing slipping and skipping if you run decent paced speeds and snappy acceleration settings. That aluminum bed is another $20-40.

_Due to some gaps in the direct drive to the tube leading to the nozzle, there are some gaps. Printing with soft TPU becomes a bit of a headache due to this. You're excited because you sacrificed having a light gantry for the direct drive for these types of materials, but you have to fight the material, avoid using retraction and extrude quite a bit of filament before you can be confident the filament won't find its way out of the gaps after being fed.

_The original firmware is not safe, and lacks some control features (changing Accel and jerk in Cura per print doesn't actually do anything). It's easy enough to upgrade to Marlin to get thermal runaway protection going and have better control over the hardware, but not if you've never touched an Arduino.

_All of the fans underperform. Cooling fan isn't strong enough for big nozzle prints, heater block fan is weak and quickly became noisy, and the control box's fan screams at you when you activate the printer. They all need to be swapped out.

I bought this 3 years ago. It was a solid option then, since your other 300 and less options were goofy filament locked printers or even older models being remarketed with also poor frame designs.

I still use it, and I probably will continue to even with a new printer since I've put the time and effort into making it compete with modern machines. If you're up for a project and can steal one of these for less that $150, go for it. Otherwise, grab an Ender with a glass bed and maybe a PEI sheet if your not successful with the glass. (My next purchase will be the Ender 5 Plus, just to throw that out there)

not a great option for beginners, but it's not impossible to use. definitely utilize the vast ocean of printable upgrades...