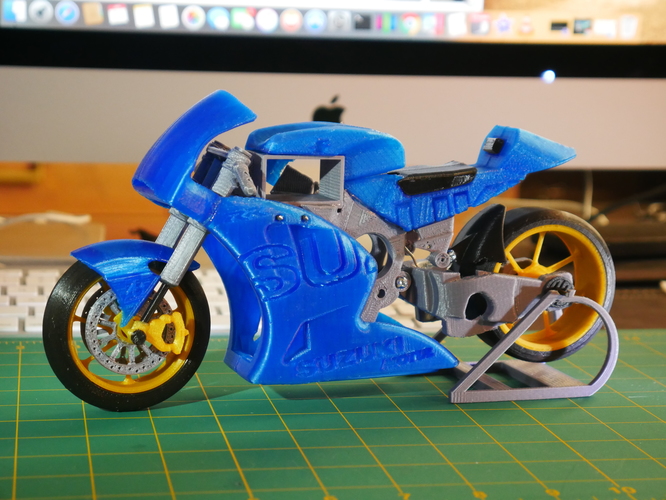 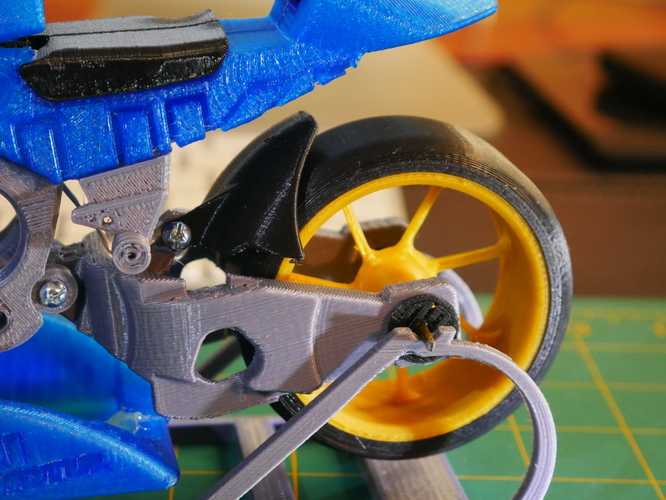 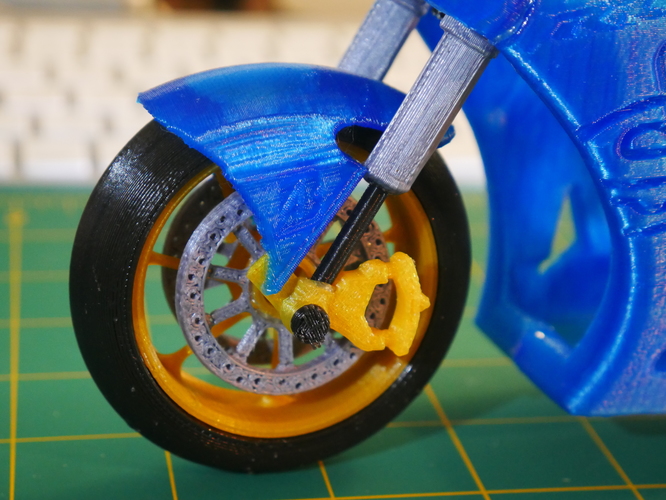 Here's my mockup of Brett's cool motorcycle while I gather the RC parts. I used to be a huge MotoGP geek in the '90's so this brought back a lot of memories. I have to say though that this is kind of a tough build with all of the gluing together of parts. This is also the first time that I really used a lot of rafts because I wanted to orientate parts so that a lot of the builds were vertical to give me nice horizontal layering (e.g. turning the seat 90 degrees and printing it vertically versus leaving it horizontal). I didn't like the stepped layers showing up as parts were being printed if they were laying on the print bed. So the fairing halves were printed standing up and not laying down. In hindsight I'd wished I'd also done the frame that way so it wouldn't show as much of the layers. I've already printed the rider (just needs assembly), and I did the same thing where the body parts were printed vertically. It doubles the print time, but the results show it. I also joined the tank halves and front fairing together in Meshmixer so that they could be printed as one piece. I didn't like the first pass on the prints for the front fairing because no matter how perfect it seemed, there was just a tiny bit of curling that would show up when joining them. Assembly was done using Loctite's plastic epoxy. I mix small amounts at a time to join 1 or 2 groups of parts. Forget doing more than that because some of the tough assembly angles means you have to babysit the part until the epoxy starts to harden. Finally, these are untouched photos straight off my camera, so the translucent blue looks pretty vibrant against the gold rims. 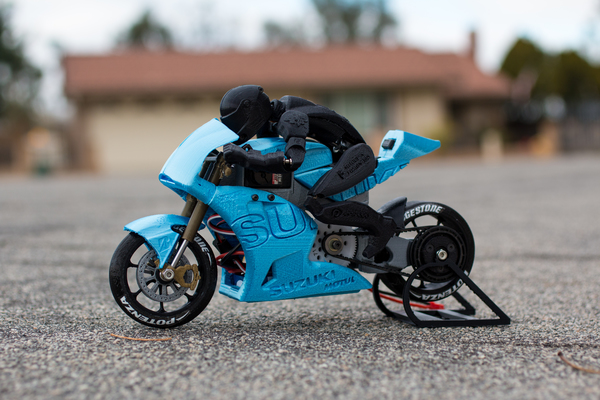 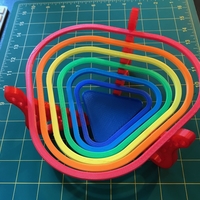 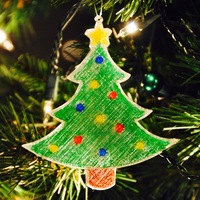 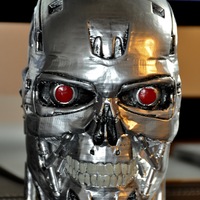 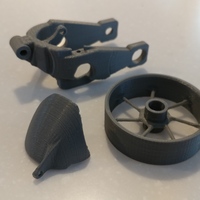