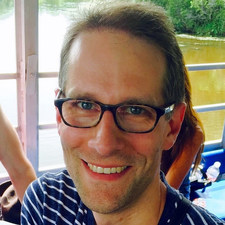 HYDERABAD. I’ve come to understand what Wikipedia calls a world language, “a language spoken internationally, which is learned by many people as a second language.” But it’s not quite as crisp as a ‘language spoken internationally,’ it is more a way of understanding. After a month of careening around India with a mixture of wonderful and awful experiences, I’ve found that even when I can’t understand someone’s language that we eventually figure out a way to understand one another. Paulo Coelho’s Alchemist journeyed through the desert and came to the same conclusion. Language barriers could not stop him because he was beginning to understand a world language. The Alchemist understood that we are all human and at some level can relate to one another. In my day-to-day interactions with the rickshaw drivers of Hyderabad—who generally cannot speak or read English or for that matter read a map—we eventually understand each other and I miraculously end up where I needed to go. The low cost schools I’m working with are “English Medium,” meaning that they intend to use English as the primary language for instruction. Most of the time it is not at a conversational level. Interacting with these schools requires a good deal of give and take between the teachers, the parents and the students; it is necessary for us all to put conversation in a context that is easy to understand. India is so diverse. Each state has their own regional language. In addition to different dialects, much of Indian conversation is done non-verbally through body language. There is an infamous head bob that is used to show understanding or confirmation in a conversation. This can be confusing because in America that response would generally represent “no”, not “yes” or “I understand”. I now believe that no matter the circumstance, person, or place, there is a way to understand one another. We are much more similar then first believed. It is just a matter of recognizing and respecting differences and coming to an understanding, and that may as simple as a little bobble-head and a smile.

Follow robertdjone to get notified of new designs, collections, and prints!