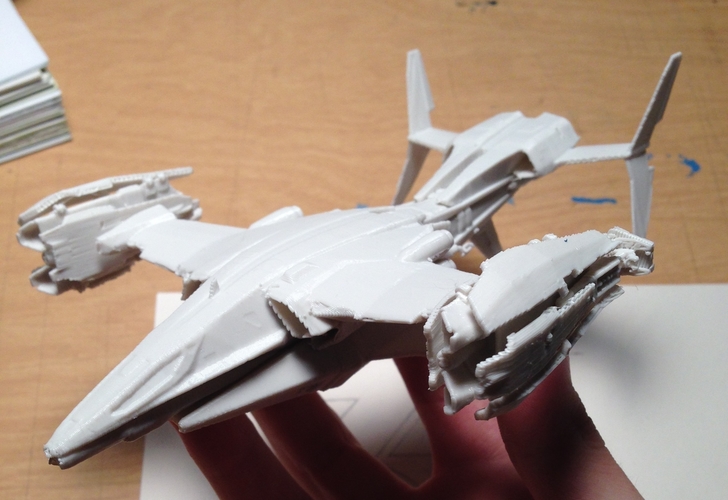 The "Hawk" NPC aircraft and player jumpship from Destiny (specifically 2). Special thanks to lowlidev for their site providing Destiny's 3D game assets in a downloadable format. This print was fun but tricky, and I don't recommend it for people who are printing off their first model because of that. IMPORTANT NOTE: The following wall of text has some important notes on printing this model, so don't skip it unless you're some ultra-pro 3D printer guy.

The model comes in several pieces: the file labeled "fore" contains the top and bottom of the forward half of the ship, and the file labeled "aft" contains the tail. These pieces snap together and stay together without needing glue (woohoo!) but there's a sort of trick to getting them together which I've forgotten since assembling mine. I think you have to hold the tail to the upper fore part then slot the lower fore part on over the tail and slide its tab into the corresponding slot on the bottom of the upper fore. It's a little funky but it stays together well. You may need to sand down some of the contacting parts because the tolerances are a little tight but I was able to fit them together with no sanding. The engines come in two files, one where all pieces are oriented vertically and one where they're oriented horizontally. Because orientation matters both aesthetically and for the success of the print, this is important; I would have preferred to print them all vertically but the printer kept screwing up so I had to resort to making them horizontal.  It's up to you to pick which one to print - the horizontal one is probably more reliable but if you can get the vertical one to look, it *should* look better in theory. The engines fit together but because of the small size of the parts (depending on how big you print this) they may not stay together as intended without the use of glue. The engines are intended to be repositionable to point either up or forward - the up position is ideal for displaying it without a stand, since the ship is designed like that anyway, but they look better when they're pointing forward as in the provided picture. When putting the engines on their respective wing, you'll need to put on the cowling plate with the hole first, then the main engine body.  If you want to remove them, you'll have to do so separately instead of trying to pull them off as one unit.

Be extremely careful when removing supports and handling it after, because the pieces are delicate. Specifically, the tail fins, the little "vestigial leg" landing gear on the tail piece, the tabs on the engine cowling, and *especially* the landing gear that attaches to the engine - all these parts are vulnerable to breaking despite my attempts to strengthen them, so it falls to you to exercise caution. Depending on the resolution of your printer, some detail may not even print, unfortunately. I  tried to make it solid and airtight but the printers at the service I print through are hard to get good detail out of and consequently it's hard to adjust the model for best results on multiple printers. You also may need to sand down contact points or use a craft knife to increase the tolerances on parts like the attachment point between the engine and the wing.

Be sure to set the scale right when you print this - I think it's set to millimeters, but ignore that, scale it up so that it's around ~10cm long total, otherwise it'll be too small to work.

All that said, I'm pretty happy with the results and I hope you enjoy this model. It's one of my favorite vehicle designs from the game and clearly another great Isaac Hannaford concept. 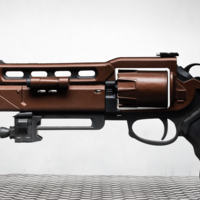 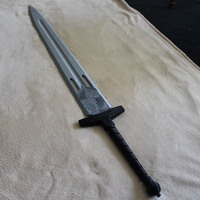 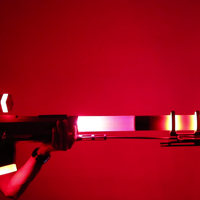 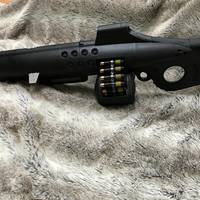 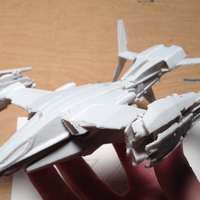 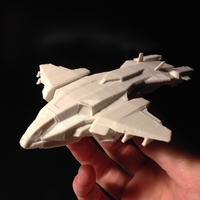 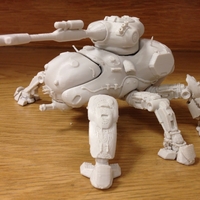 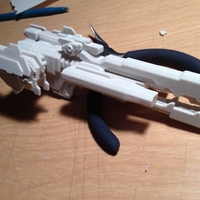