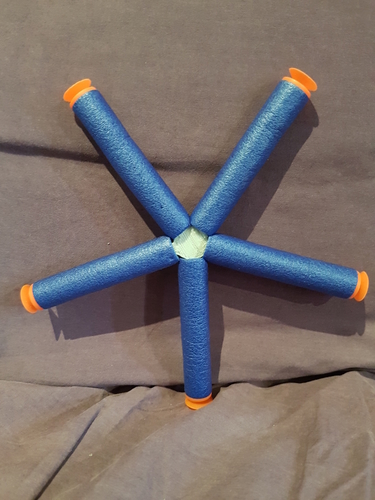 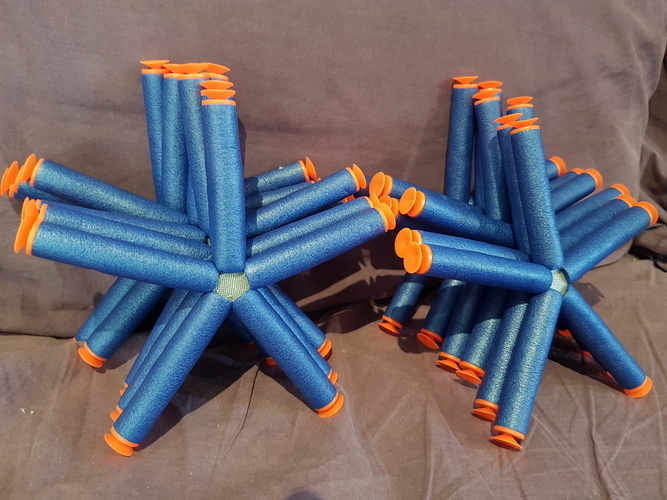 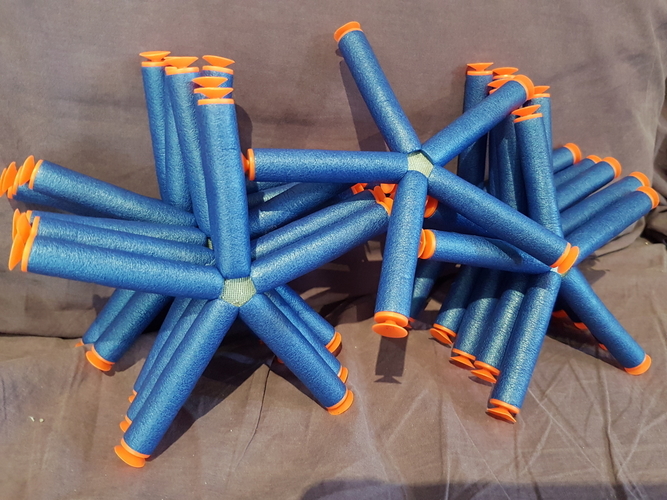 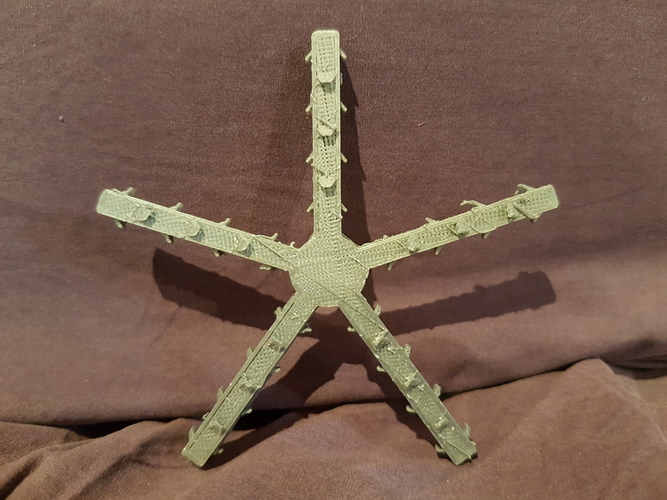 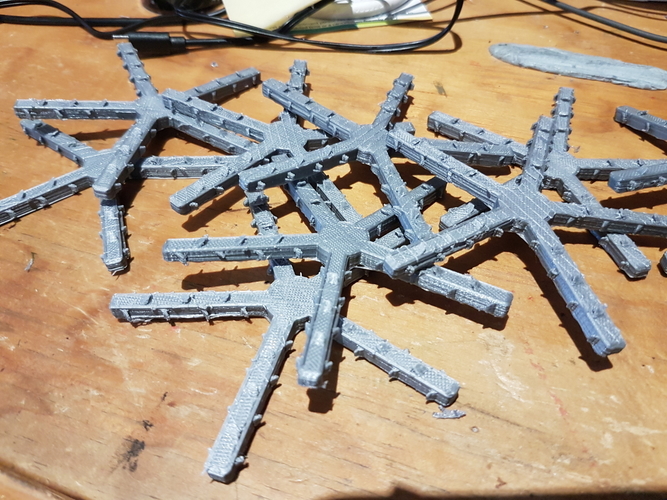 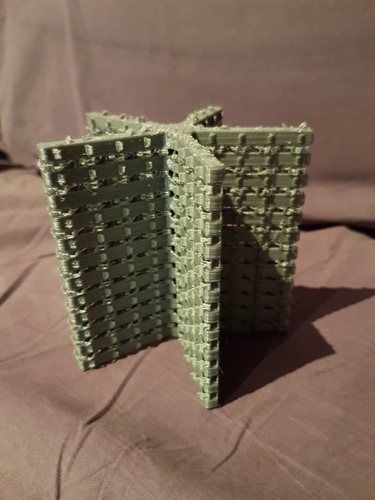 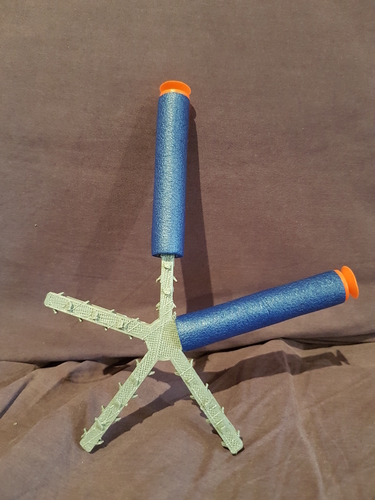 This print lets you make foam dart throwing stars and safely fulfill your childhood dreams of being a shuriken throwing ninja.

I 3D-print the stars as a tower.  Once printed, I clean them up a bit.  They do not need a lot of clean up, the barbs and rough edges help them grip the foam darts.  They fit the standard size dart, with either the blunt end or a suction cup.  You have to wiggle the dart down carefully, rubbing gently along its length.  Once you have put the dart on the star, it is almost impossible to remove it without ripping the dart to pieces.  This is deliberate, so the darts don't come off accidentally.

I was able to buy bulk lot of darts pretty cheaply from the internet, so the cost per DartStar is pretty low ($2-3).

I have tested them by having people throw them at my face.  I find they hit softer than most dart guns, and are pretty safe.  I have had kids play roughly with them for months before one broke and lost an arm.  Even then the break was clean the protected by the other darts.  I have gotten a few to stick to windows by throwing them, but most of the time they bounce off.  The suction ends just aren't strong on most darts. 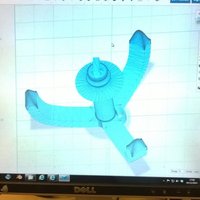 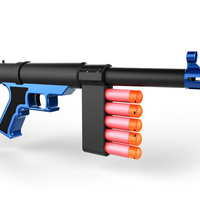 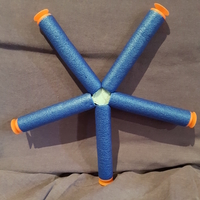 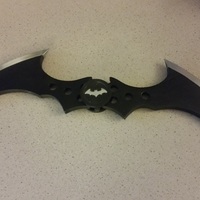 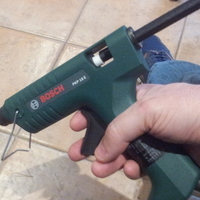 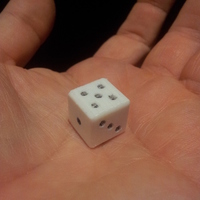 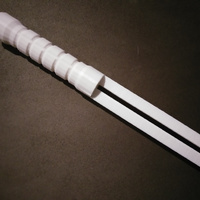