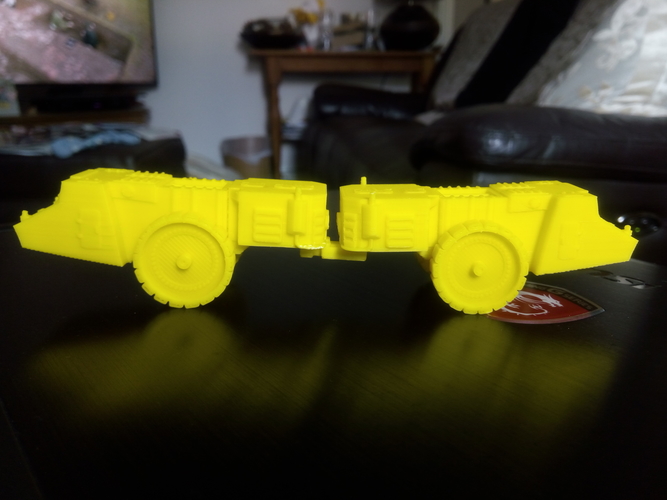 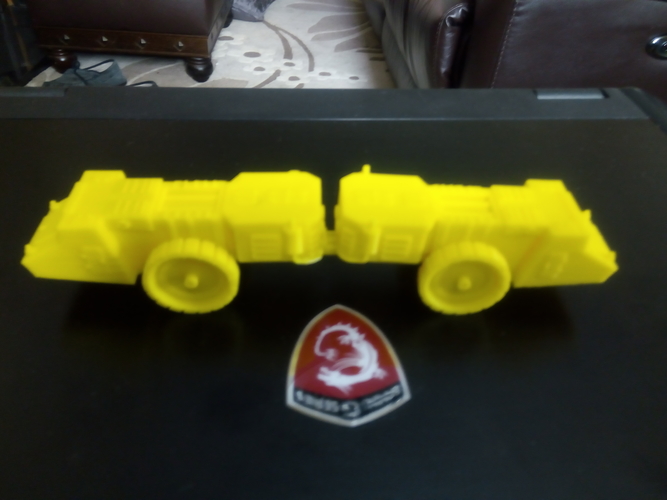 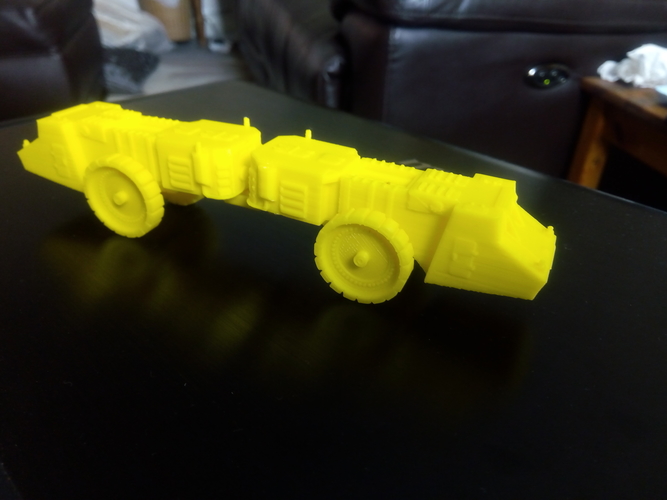 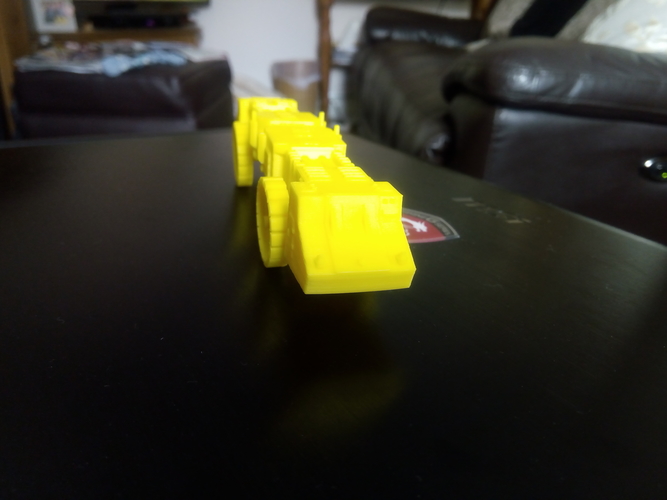 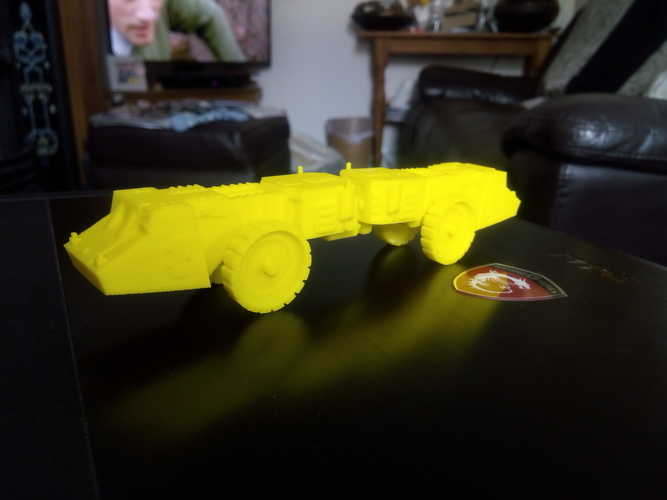 Hi folks this is a Raumer S mine clearing vehicle from WW2, designed and built as a prototype by the Germans. Whether it would have worked is another question, discovered by the Americans at the end of the war, yet another crazy vehicle. It could be driven from either end and was articulated between the vehicles but the turning circle would have been quite small. The wheels were 2.7M high alone so that gives you some idea of this beast. Scaled to 1/100 scale for war gaming, just re-scale to fit

Supports will definitely be needed for the body but not the wheels or joint. I have added a sliced version so that you can print the body in two halves, might cut down the amount of support needed. for the whole body (raumers) best printed upright. Nearly forgot to add that you need 4 wheels so obviously print wheel x 4. 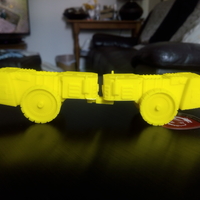 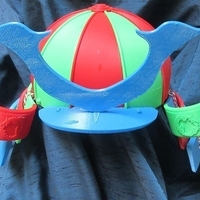 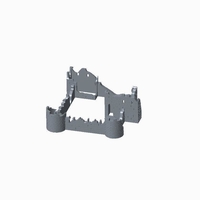 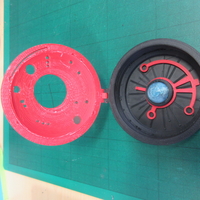