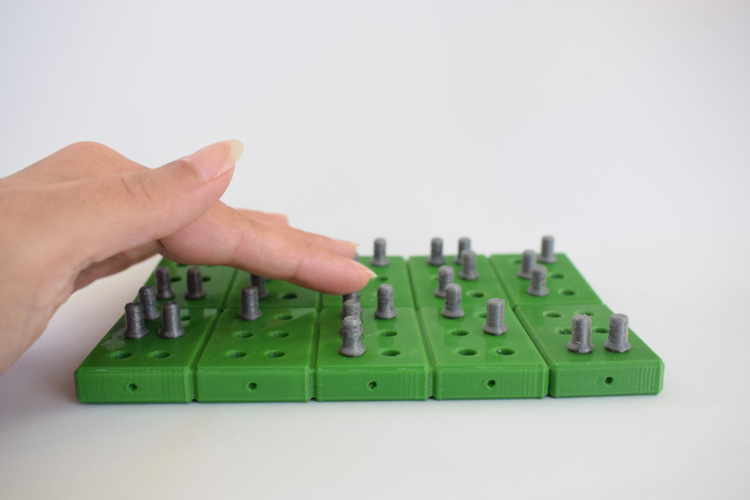 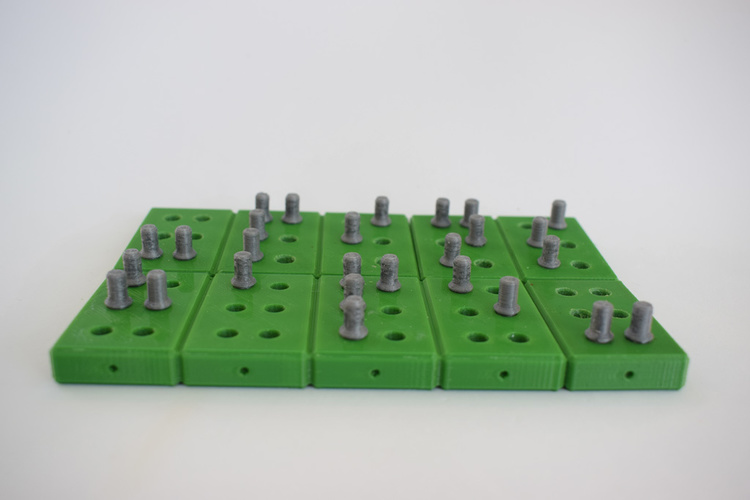 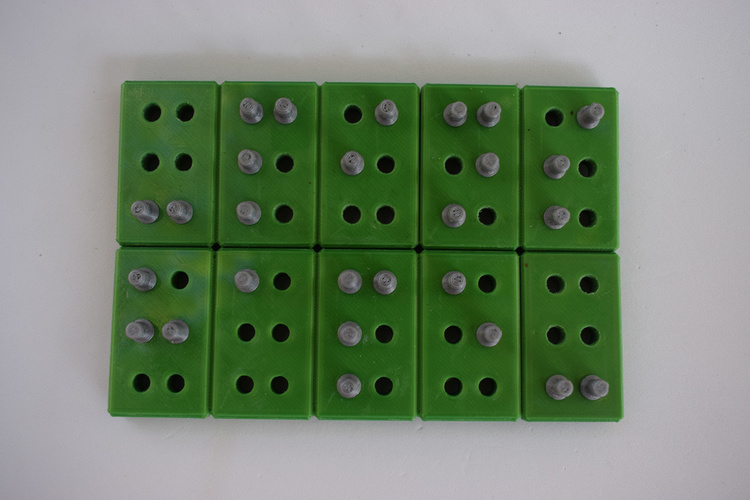 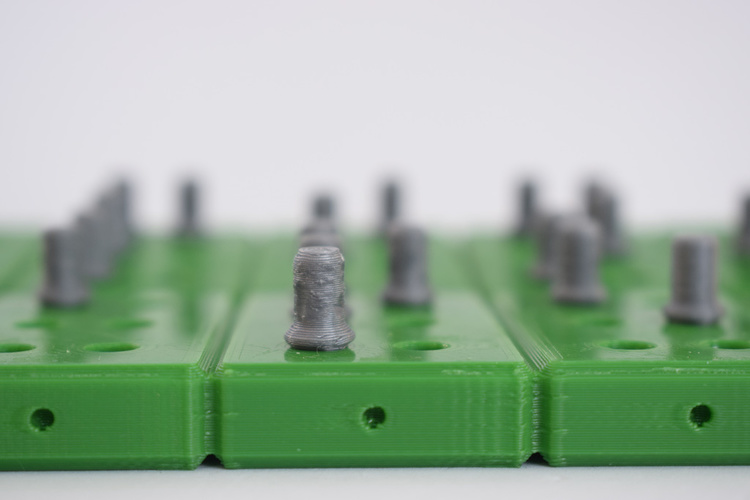 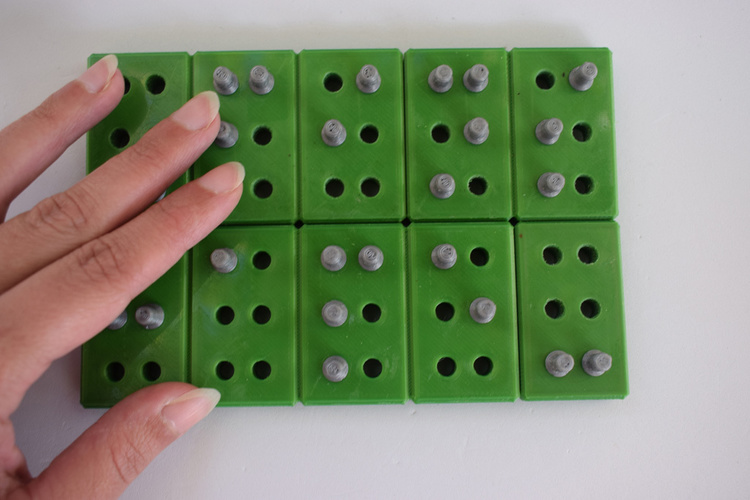 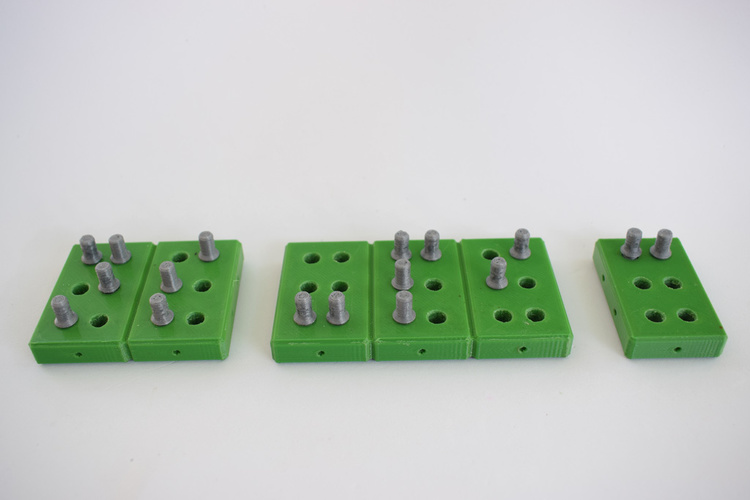 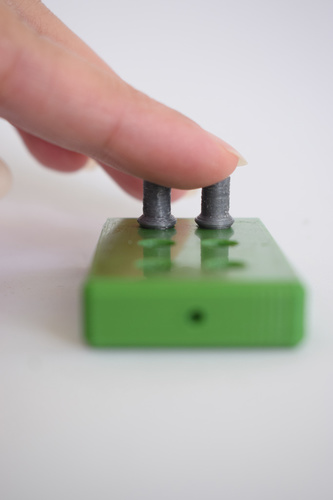 Braille is tactile writing system used by people whoa are blind of visually impaired. Braille is written on  rectangular blocks called cells, each cell contains six spaces organized in two columns were a raised dot can be placed.  This project is a learning kit designed for use in a classroom but isn't limited to it. It consists on a series of blocks, containing six holes where a pin can be placed thus allowing a braille letter to be formed. Every block has small holes for 3mm spherical magnets, thus allowing for a custom sized braille board to be easily created and also easily put away.  For make it easy for every printer out there, several sized blocks are provided, from 1x1 to 1x7, but if you need something bigger just let me know. A printable pin is provided but the original though was to use 5mm shelf pins, like the ones on IKEA furniture, these are easily acquired a provided a better tactile feedback due to their weight.

Settings The entire project was printed with PLA, at the recommend settings for the filament, 220ºC, 0.2 layer height, 15% infill, 3 solid top and bottom layers.

Assembly The only assembly required is to place the spherical magnets on the corresponding side pockets, these should simply be pushed in to placed, after they are correctly placed, they have enough wiggle room inside so that can easily reorient themselves when another block is nearby. If you don't have available or can't obtain them, you can also print the pins, these can then be placed in corresponding spaces of the braille cell.

P.S. Unfortunately I'm still waiting for the magnets I ordered so I wasn't able to place them yet. 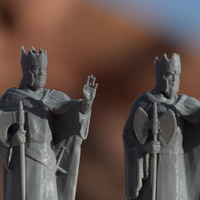 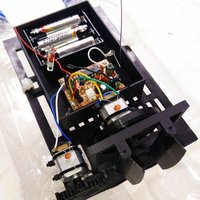 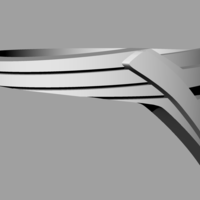 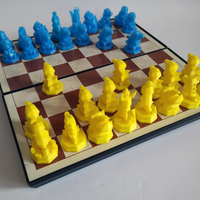