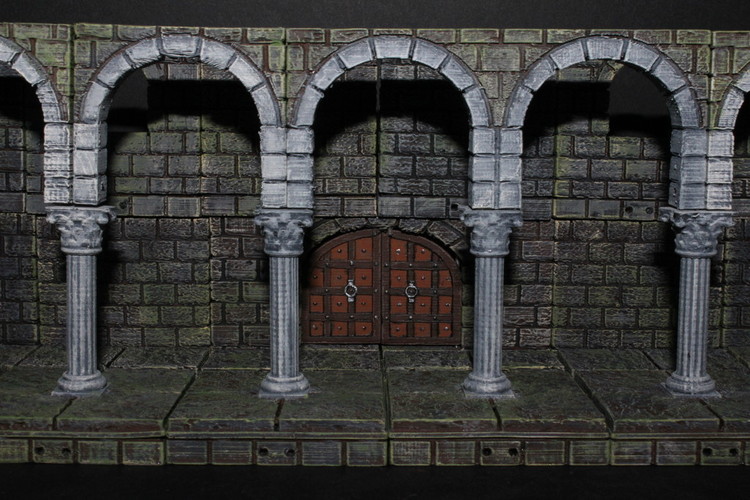 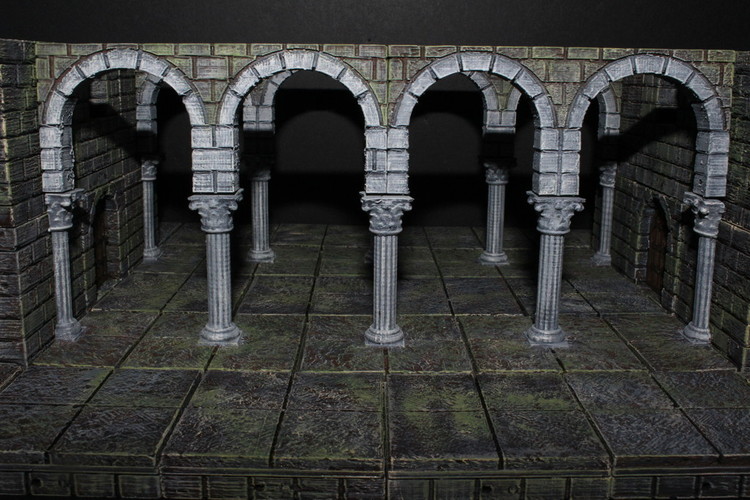 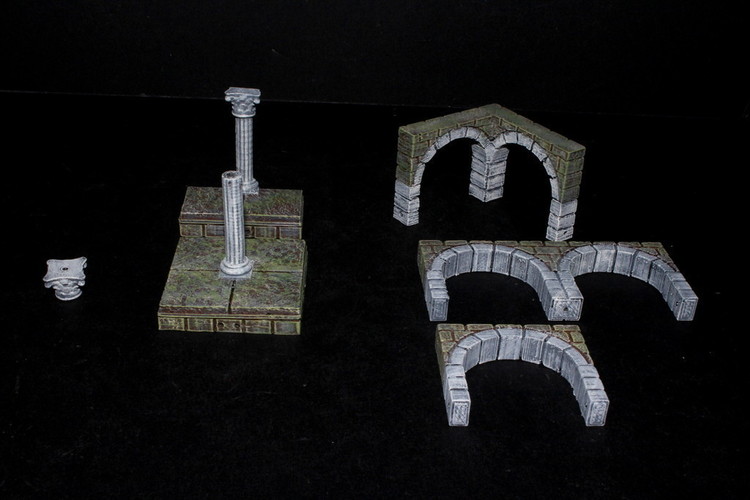 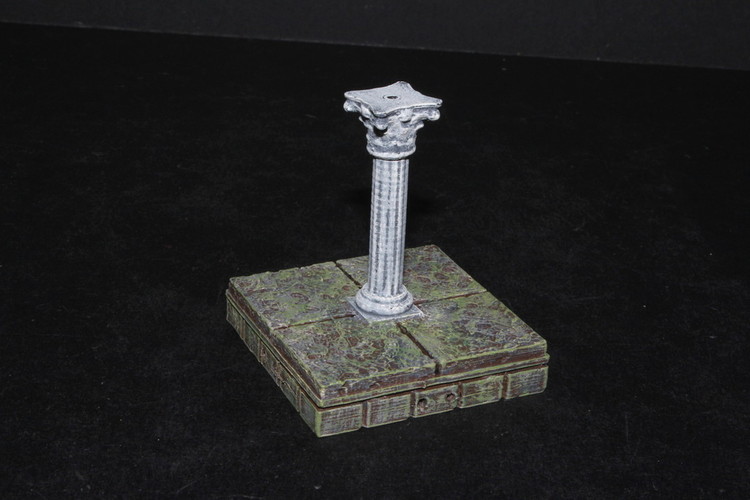 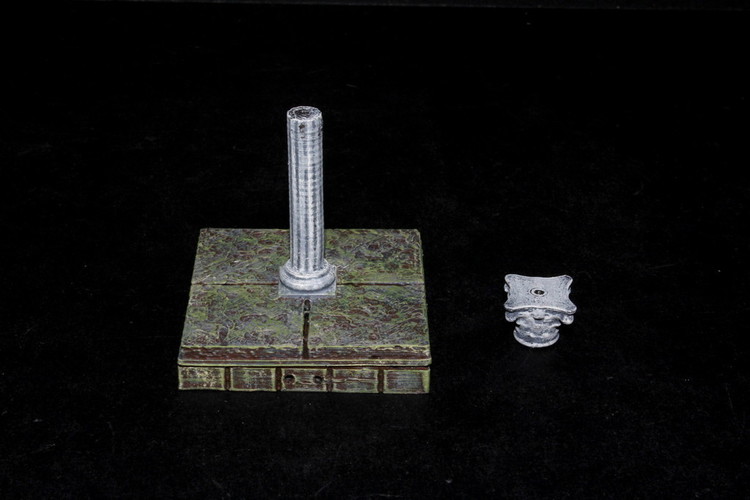 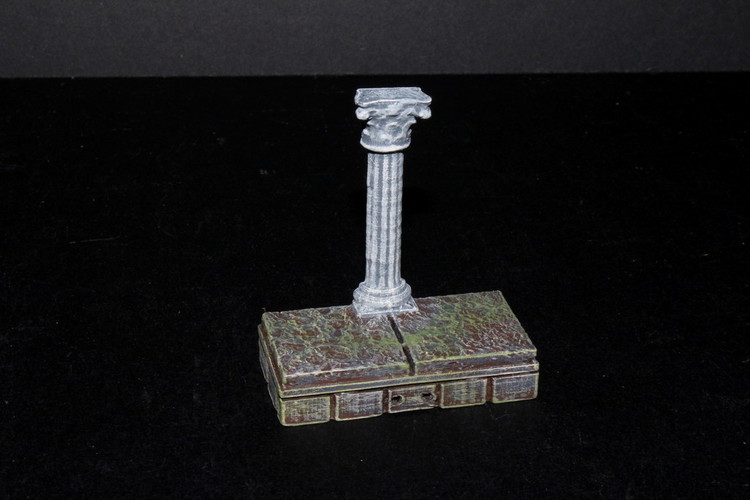 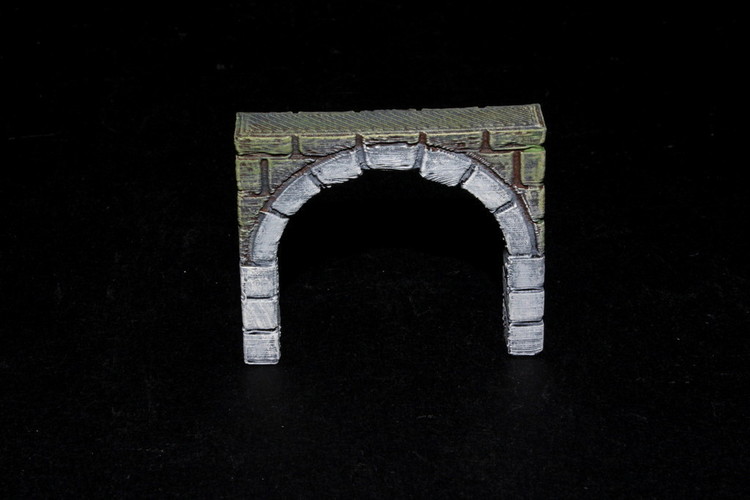 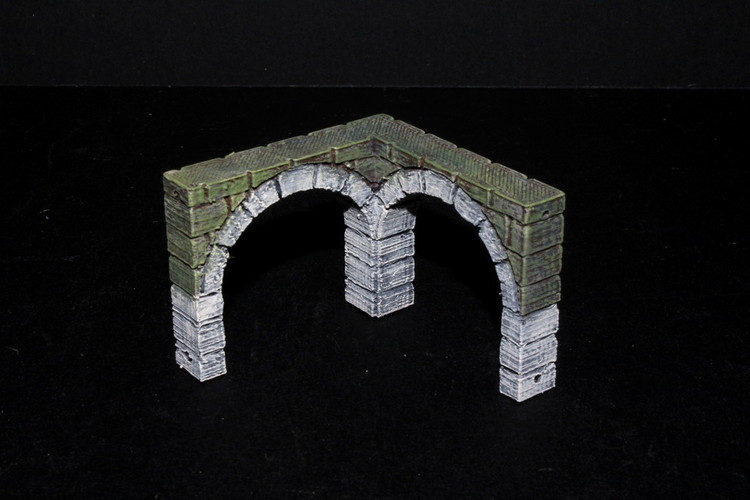 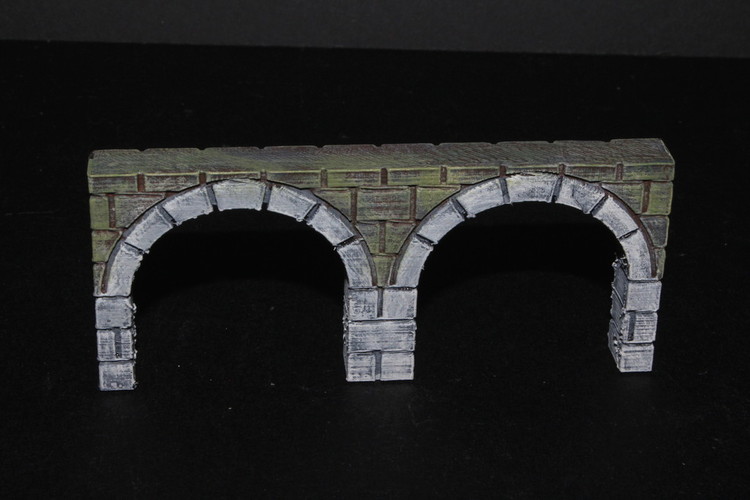 SummaryAfter releasing the external doorway last week, I realized that it could be used to look like a colonnade. I used that as inspiration to make a real colonnade set. Use it to add some class to a city, wonder to a cathedral, or add some visual interest into ruins or dungeons. OpenForge is now a patron supported project. I use the resources that my patrons give me in order to get the resources to let me create more sophisticated tiles with a greater level of detail. Please, support me, and I’ll deliver an ongoing stream of awesome gaming terrain.Post-PrintingInstructionsFor assembly instructions, painting videos and other extra information, see the instructions on the cut-stone wall.AssemblyThere are holes in the sides of the arches, on some arch bottoms, and in the top of the columns and full capitals. These holes are all sized for 1.75mm filament. Depending on your printer, you may need to lightly drill them out. to clear out any extra plastic. I use a pin vise to do this. The filament does a good job of holding it together so that people don't bump the colonnade apart on the gaming table. The only arch bases where the hole fits is on the bottom of the corners, and the middle of the 3x and 4x arches. I strongly recommend using 4x arches wherever you can and only using the smaller ones to make everything fit properly. That way you can tack it down to the columns in as many places as possible. I found that for any stretch of arches, at having it attached to the columns it at least two places made for reasonable stability. 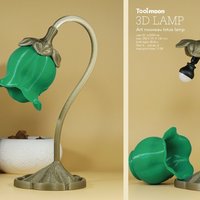 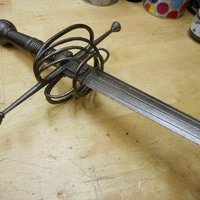 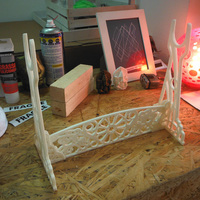 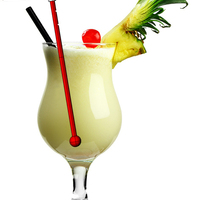 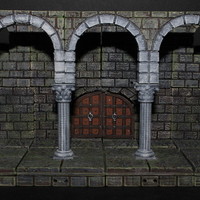 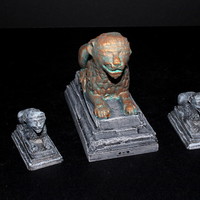 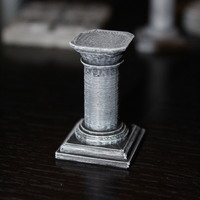 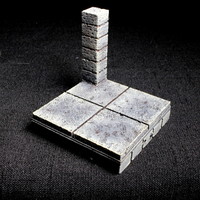