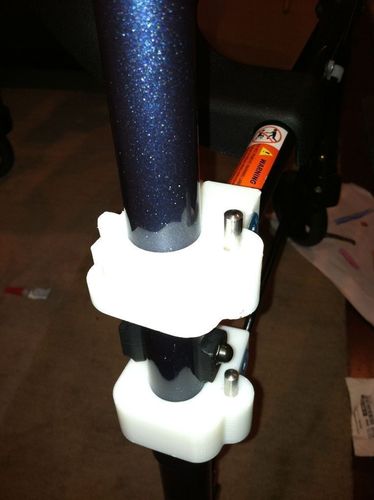 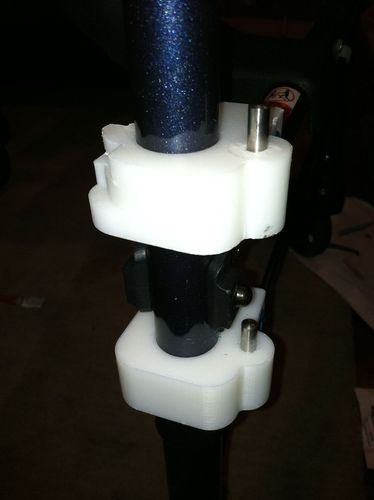 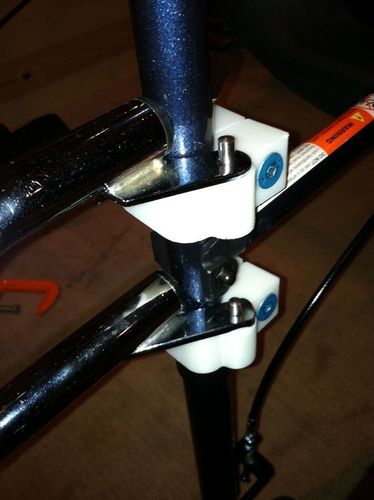 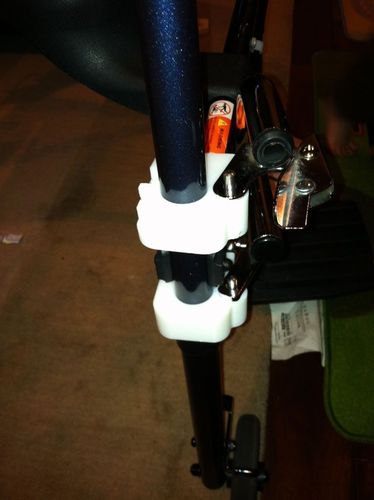 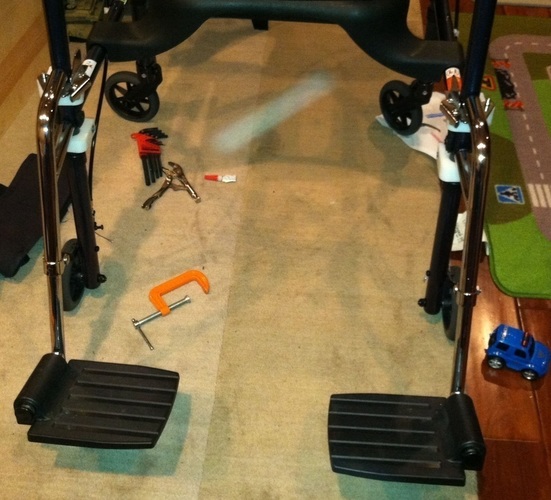 SummaryMy uncle has regular seizures, during which time his mobility is significantly impaired. Since he loses control of his legs, it makes it very difficult for my aunt to move him around when he is using his walker. She asked me if it was possible to add footrests from a common wheelchair to the walker. This would allow him to get his feet off of the ground, and then she can push him. The advantage is that getting around becomes easier because the walker is used this way 90% of the time, so she only needs to fall back on the footrest every now and then. The disadvantage is that this voids any warranty on the walker. I initially thought about sandblasting the paint, machining brackets, and then welding them on. The obvious issue here is the high cost of iteration, both in time and money. Plastic isn't exactly cheap, either, but printing the various revisions was still cheaper, and much, much faster. I came up with a design that was fairly small, requires few external components, and doesn't require any modification to the walker. They can be removed pretty easily.InstructionsYou'll want to get the following parts: (4) M6x30 SS dowels, McMaster part #91585A169 (4) M8x50 flathead socket cap screws (I used McMaster part #92925A164) (4) M8 jam nuts (I found some at home) Print one of each part on your printer's solid setting. Press the dowels into the hole in each part so that 12-15mm or so protrudes from the top. This will prevent the footrest from falling off during normal use. Remove both front wheels of the walker, and the side support beams. Slide the "top" pieces on first, so that the dowels are on the outside of the walker. Now replace the support beam. Finally, add the "lower" pieces. Reattach the front wheels. At this point, you just have to play with the spacing so the footrest can rest on both upper surfaces of the parts. This is my first accessibility-themed part, but I am very happy with the way it came out, and it is making my aunt's and uncle's lives much better! 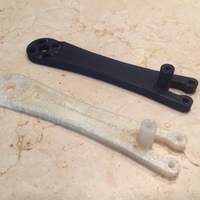 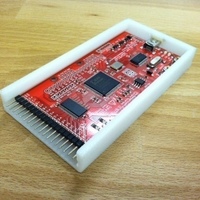 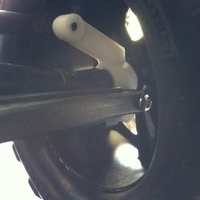 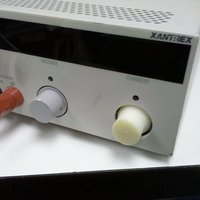