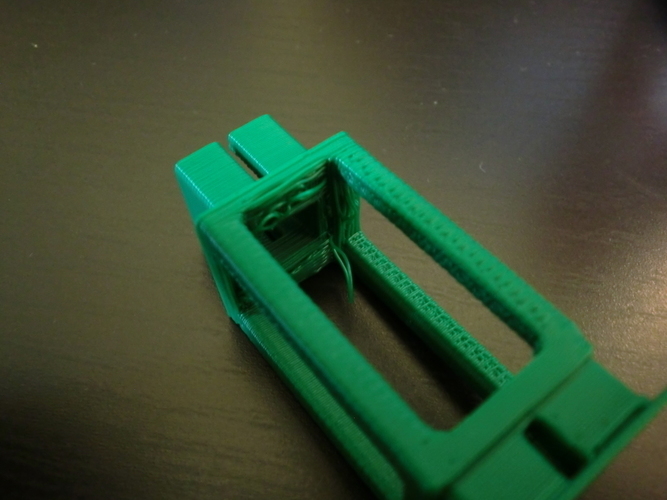 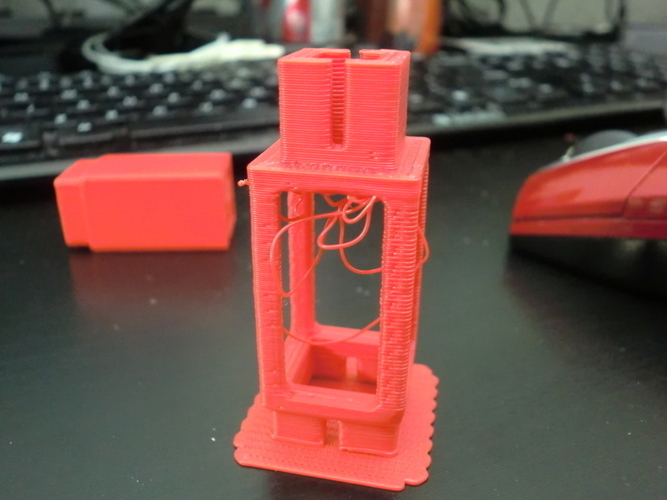 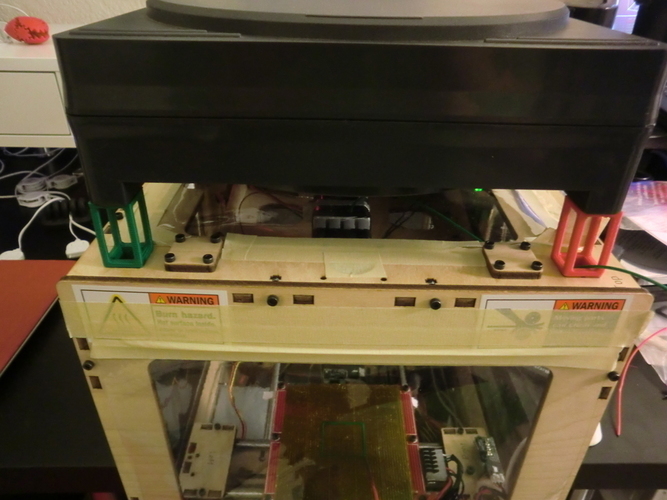 SummaryI found some surplus empty ABS spool cartridges for Dimension 3D Printers. The cartridges are nice because they have rubber seals to keep the moisture out.InstructionsI doubt this is of much immediate use to anyone, but the file might prove useful for other purposes. The upper peg is a 14.7 x 14.8 mm square. The lower peg is 20 mm x 20 mm, plus a thin perimeter lip 21 mm x 21mm. The .AD_PRT file is an Alibre Design file of the work-in-progress (most recently used to make the version 5 stl). Alibre is a lower-cost alternative to SolidWorks. (I'm sorry -- I don't do OpenSCAD yet.) -- history of .STL files -- holder tower 5 - I changed the elevation of the X-direction bridge from the Y-direction bridge so that there would be less droop. holder tower 4 - I hollowed out the design to use far less plastic. There was a lot of drooped bridges at the top because the X-direction bridges and Y-direction bridges were starting at the same elevation. holder tower 3 - The walls were too thin to be of any use. holder tower 2 - The lower peg dimension was enlarged to fit the hole on the ToM holder tower - original attempt was more of a solid "block" design -- even though I ran it at 15% infill, it still used far too much plastic; also, the lower peg was sized too small to snug up against the ToM holes. 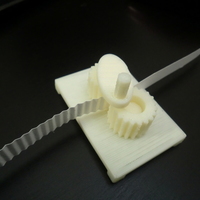 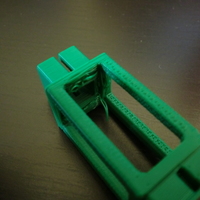 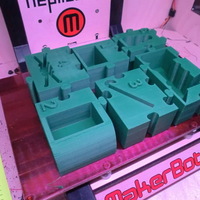 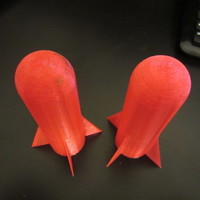