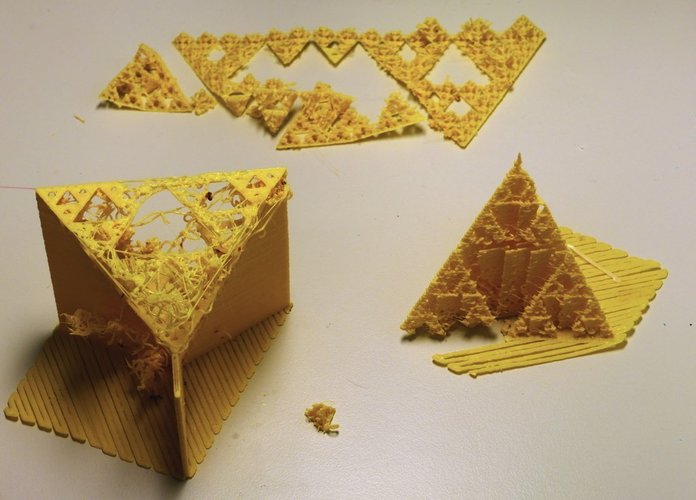 Summary Sierpinski's tetrahedra (fractal tetrahedra) calculated by OpenSCAD. (update Nov. 12, 2015) Initial parameters were for my temporal work. Now set to fractal level = 5, thickd = 0.5 (mm, depth of "point contact" part). Print Settings Printer: Da Vinci 2.0 DuoRafts: Doesn't MatterSupports: Doesn't Matter Notes: This is very simple object, but be careful... VERY FRAGILE OBJECT!! The density is very low, and I could hardly print level 4 fractal object. When removing supports, I broke many parts, and glued (ABS) with acetone. :-) Application of acetone is also helpful to make the bone structure firmly. tetra[1-6].stl are 1.0mm normalized size, and generated as is. See comments in OpenSCAD source for size specs and rotation angle. These stl files may not be good for printing - I suggest each printers use OpenSCAD, adjust the thickd & thickr parameters and print. The thickd adds thickness (make bigger triangle) at the contact point; if too small, the object cannot be printed but if too big, smaller "eyes" will be blocked. The thickr adds proportional thickness, but I don't think it's useful; if certain amount, then "eyes" won't be ordered equally, not beautiful. You may think it's better to rotate to (1) "normal angle" - top corner, bottom surface tetrahedron (the program comment mentions that angle). However, each part has ceilings, which need supports. It's hard to remove the support without harming the "point contact" part of tetrahedra. I also tried (2) bottom corner, with 3 outer supports (generated simultaneously in OpenSCAD), (3) bottom edge (as the tetra[1-6].stl data is), with supports (generated by MeshMixer). On my printer, (2) failed because the "point contact" parts cannot stand the reversed tetrahedra, (3) failed because of the supports firmly gets into the object (still trying). If certain supports could be generated, direction of (3) will be the best. The tetra-nosup.scad source is for generating (2), and the generated example (70.7mm edge, 0.5mm contact point) is at tetra5-70_7d0_5revsup_fixed.stl . Try printing without support, cut the support carefully. 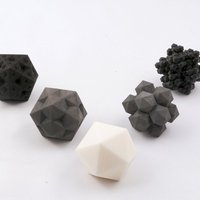 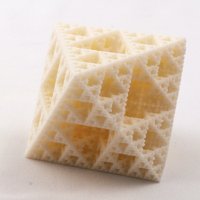 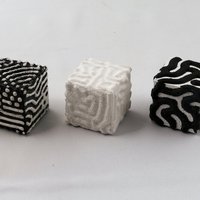 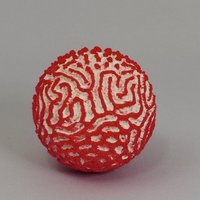