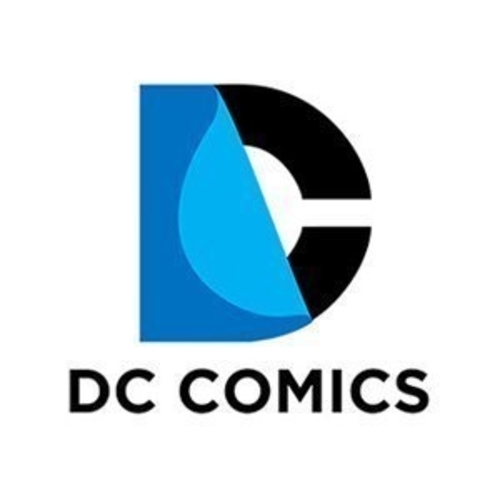 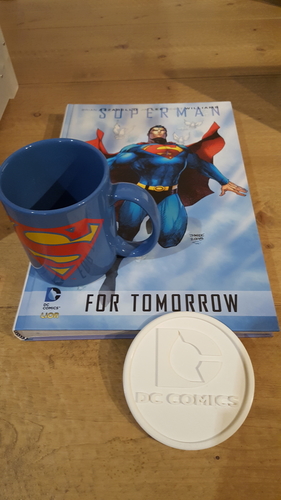 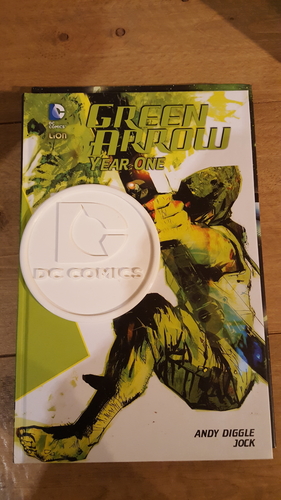 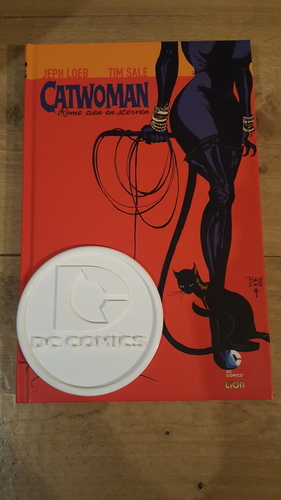 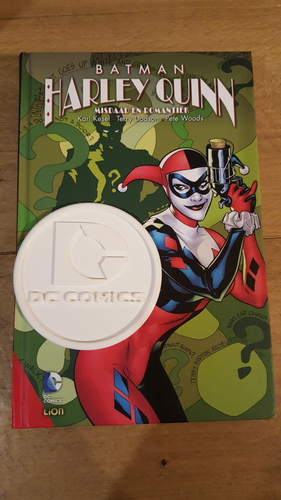 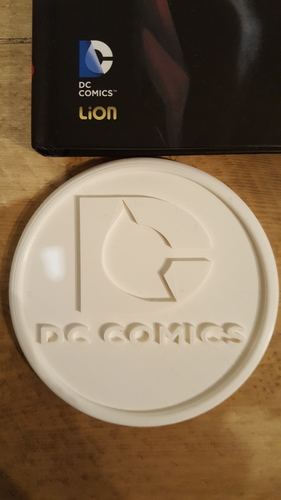 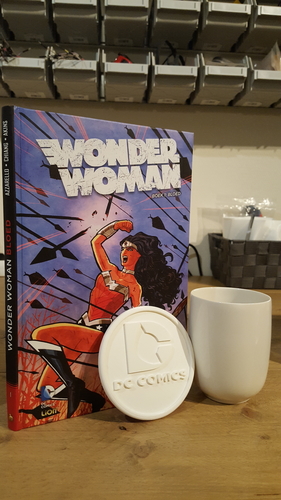 This is a coaster with the original DC comics logo. Use it to put down your favourite drink. Or to use the last 20 gram of your filament at the end of your spool. Back in the days i have been reading some comics now and then. Both DC and Marvel. So stay around for my Marvel coaster if this is a thing for you.

Most of their material takes place in the fictional DC Universe, which also features teams such as the Justice League, the Justice Society of America, the Suicide Squad, and the Teen Titans, and well-known villains such as The Joker, Lex Luthor, Catwoman, Darkseid, Sinestro, Brainiac, Black Adam, Ra's al Ghul and Deathstroke. The company has also published non-DC Universe-related material, including Watchmen, V for Vendetta, and many titles under their alternative imprint Vertigo.

The initials "DC" came from the company's popular series Detective Comics, which featured Batman's debut and subsequently became part of the company's name.[4] Originally in Manhattan at 432 Fourth Avenue, the DC Comics offices have been located at 480 and later 575 Lexington Avenue; 909 Third Avenue; 75 Rockefeller Plaza; 666 Fifth Avenue; and 1325 Avenue of the Americas. DC had its headquarters at 1700 Broadway, Midtown Manhattan, New York City, but it was announced in October 2013 that DC Entertainment would relocate its headquarters from New York to Burbank, California in April 2015.[5]

I printed this object in Ultimaker white PLA. At 0.15mm layerheight and 10% infill (Gyroide pattern). I used a 0.4mm nozzle and heated bed. 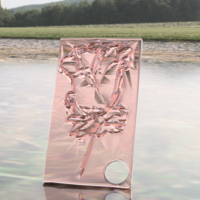 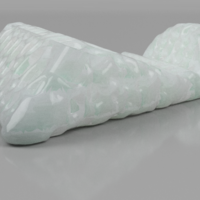 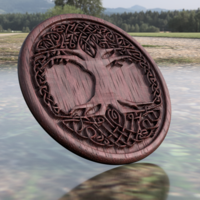 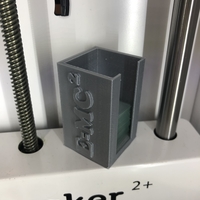